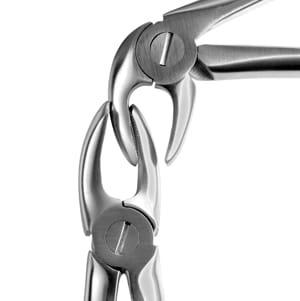 NHS Improvement defines ‘never events’ as “serious incidents that are entirely preventable because guidance or safety recommendations providing strong systemic protective barriers are available at a national level, and should have been implemented by all healthcare providers” – which is rather a mouthful.

Press reports of catastrophic errors such as removing a healthy kidney in place of a diseased one or amputating the wrong leg may seem to stretch credulity. And yet such things happen in the most up-to-date and “efficient” operating theatres. It has been estimated that one out of four orthopaedic surgeons in practice in the USA for more than 25 years will have performed at least one wrong-site surgery.

The concept of ‘never events’ was introduced in the NHS in England in April 2009, following a proposal by Lord Darzi in his report High Quality Care for All. Today all commissioners and providers of NHS care in England are required to report ‘never events’ for a list maintained by NHS Improvement. Statistics are collated and published regularly. In the year to March 2017, a total of 445 ‘never events’ were reported – and of these 42 per cent were classified as wrong-site surgery with the greatest number (46) being “wrong tooth/teeth removed”.

The dental never event is a relatively new concept. Indeed, it was only in 2015 that wrong tooth extraction was first considered to be a never event as defined by NHS Improvement. Just how meaningful that 46 figure is could be debateable given this mainly includes reported incidents from secondary care. How many wrong tooth extractions go unreported in general dental practice is uncertain, but we can only assume the scale of such errors is of potentially greater magnitude.

Back in 2009 when the then National Patient Safety Agency first began compiling data on never events it was also in the process of implementing the World Health Organisation’s (WHO) Surgical Safety Checklist in every hospital in England and Wales. The checklist was devised by the WHO after a year-long global pilot of nearly 8,000 surgical patients across eight countries. The findings from this pilot study were compelling – adherence to the checklist resulted in a one-third reduction in surgical deaths and complications.

Later in 2015 NHS England introduced its own National Safety Standards for Invasive Procedures (NatSSIPs) which build on the existing WHO surgical checklist. NatSSIPs offer healthcare professionals general advice on how they can enhance best practice through a series of standardised safety checks and education and training. The standards also support NHS providers to work with staff to develop and maintain their own, more detailed Local Safety Standards for Invasive Procedures or LocSSIPs.

Recently a working group of dental bodies including the Faculty of Dental Surgery and the Faculty of General Dental Practice produced a toolkit for developing LocSSIPs to avoid wrong-site extraction. The toolkit is aimed at all clinical dental teams involved in dental extractions and its developers acknowledge that wrong-site surgery in dentistry may not be on a par with the loss of a limb or major organ but it can still be devastating for both patient and clinician.

A significant number of errors in the operating theatre or surgery – including wrong-site surgery – result from a lack of communication both with the patient and among the clinical team. In addition there may be no established procedures and/or procedural compliance to avoid wrongsite extraction. The LocSSIPs are intended to provide safety critical steps to address these issues.

The process begins even before the patient arrives with first-stage consent undertaken prior to the appointment and confirmed on the day of the procedure. It calls for the treatment plan to be stipulated clearly using Palmer notation, with a written description of the teeth being extracted. A safety briefing with staff should also be undertaken, addressing specific issues including diagnosis and planned procedure, site and side, relevant comorbidities, need for antibiotic prophylaxis and equipment requirements.

Once the patient is in the chair, the dentist should recheck name, date of birth and address, and consent should be confirmed. They should also again check tooth notation and ensure it is clearly documented on the consent form, checklist, whiteboard or computer screen, which is clearly visible to the surgeon and team for verification during surgery.

A ‘pause’ or ‘time out’ is then advised before administering anaesthetic and starting the procedure. The time out should be conducted by a team member with all other tasks halted. This again is to confirm:

Verbal counting of the dentition from midline is recommended to confirm surgical site using an instrument pointed at each tooth, with verification from an assistant (of side and countdown). Once the tooth has been extracted there should be a systematic check that nothing has been lost or retained during the procedure, such as bur heads, cotton wool or tooth fragments.

This protocol can be varied to reflect work carried out in general/specialist practice, including care provided under conscious sedation, but the fundamental principles remain the same.

Often surgical errors occur due to unanticipated interruptions during a procedure. The LocSSIPs advise that with any interruption, the surgeon should “repeat the ‘three Rs’: Reposition; Recheck; Reaffirm with your assistant”.

A debriefing is encouraged post-procedure, including consideration of things that went well, any problems with equipment or other issues that occurred and areas for improvement. A record of this debrief should include an action log with any significant issues identified and recorded in the patient notes.

The British Association of Oral Surgeons (BAOS) provides guidance on its website in regard to the LocSIPPs process for wrong-site extraction. Here it advises that in mitigating such risks it is critical that dental teams develop checklists appropriate to their specific clinical environment and provide adequate training for staff in implementation and use. There should also be active audits of the processes involved to ensure that checklists are being used correctly and that teams can learn from mistakes – including investigation and root-cause analysis. Any “punitive” action should be avoided when incidents do occur to encourage openness.

NHS organisations across the devolved UK nations are keen to ensure that lessons are learned from serious clinical errors. In England never events must be reported to both the Strategic Executive Information System (StEIS) and the National Reporting and Learning System (NRLS) – although currently a new patient safety incident management system is being developed. Find out more on the NHS Improvement website. Deliberate failure to report a never event is likely to constitute a serious failing and breach of Care Quality Commission (CQC) requirements.

Recently the Scottish Government launched a new duty of candour for all health, care and social work services setting out how organisations should respond when there has been an unexpected or unintended incident resulting in death or harm. This includes notifying the person affected and providing an apology and account of what happened. Organisations must also publish and submit an annual report on when the duty has been applied and what learning and improvements have been put in place in response.

Northern Ireland also has its own reporting requirements through the Regulation and QualityImprovement Authority.

Given the media coverage they often attract, instances of wrong-site surgery remain rare. One case reported in the BMJ concerned a healthy 23-year-old man who presented for cataract surgery. In pre-op he expressed some concern that the surgeon was clear which eye was to be operated on. Later after numerous routine site verifications the patient lifted his surgical cap and said: “Had I realised all these steps would be taken, I wouldn’t have done this.” Shaved into the short hair on the side of his scalp was a large arrow pointing to the correct eye – better safe than sorry!

This practical risk assessment tool can be applied to a whole range of medical and dental, clinical and non-clinical activities. In this 10-minute tutorial we focus on repeat prescription requests