Profile: Doctor at the deep end 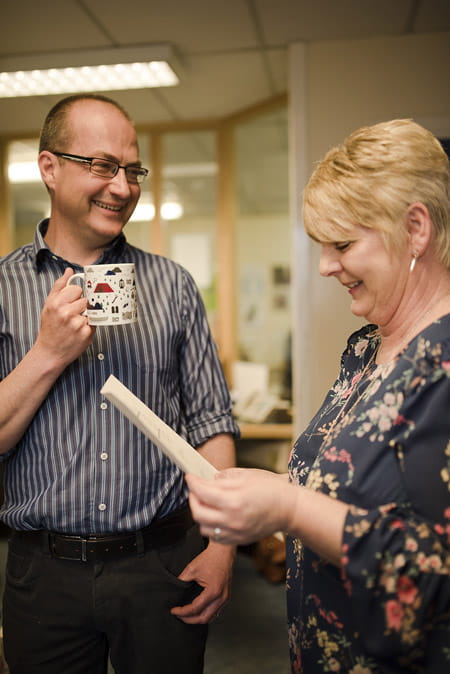 A COLLEAGUE of Dr Peter Cawston has described him in the magazine Pulse as a bit like a professional horse rider: "They sit there and jump huge fences and yet you hardly know they are moving – no fuss."

Certainly this soft-spoken GP has played a significant but understated role in seeing through an innovative policy shift in the way health inequalities are being addressed in Scottish primary care. Cawston is one of the founding members of GPs at the Deep End – a group of primary care doctors working in the 100 general practices that serve the poorest populations in Scotland.

His own practice – Garscadden Burn – is in the Drumchapel district of Glasgow, based in an ageing NHS health centre shared with five other practices. It’s a typical deep-end practice with 62 per cent of its 5,100 registered patients living in the 15 per cent data zones categorised as the most socio-economically deprived.

In these areas healthy life expectancy among men can be up to 18.8 years less than in more affluent areas and 17.1 years for women. Studies have also found that practices in deprived areas have 38 per cent more patients with complex health needs (five or more long-term health conditions) and twice as many with combined physical and mental health problems than in more affluent areas.

GPs at the Deep End was established in 2009 as both a network and advocacy group for practitioners dealing with health inequalities on a day-to-day basis. Says Cawston: "Away back when we started no one was really talking about the role of GPs in areas of deprivation. It was never really discussed. Inequality was seen as a public health issue, not a medical issue. So within general practice it was invisible."

In 2013 the group published a "manifesto" on What can NHS Scotland do to reduce and prevent health inequalities? Cawston authored an annex to the report proposing the employment of "community link workers" within deepend practices.

"A great many health problems are caused by social conditions," he says. "GPs were being asked to address a lot of social conditions that we weren’t equipped to deal with in a very effective way. That’s where the idea of having a links practitioner as part of the practice came from."

The role primarily involves "social prescribing" and improving links with local community resources and services. Links workers embedded within a practice can help patients with issues such as adult and child protection orders, bereavement, rent arrears or threatened eviction, dealing with police and social workers, as well as promoting healthy living, including organised walks, yoga and cookery classes. The scheme also gives GPs greater confidence to ask patients about underlying issues, such as debt or domestic violence, because they now feel able to offer an adequate response.

The proposal was picked up by Scottish Government and in April 2014 seven practices – including Garscadden Burn – began a pilot employing a "links worker".

“We were very lucky as Peter was the lead. He’s pushed and pushed for this for years,” says Elaine Smith, the practice manager at Garscadden Burn. "A lot of patients we would see week in, week out – we now see less of because their problems have been sorted out by Margaret Ann [the links practitioner]. They only need to speak with a doctor if they are genuinely ill."

Says Cawston: "As a pilot practice we kind of felt we had to lead by example. But this has been a passion of mine ever since I became a GP, really, bringing together the social and medical models of health. General practice striding across the two."

This passion is perhaps not surprising considering Peter Cawston’s background. He was born in Peru where his parents were missionaries and he lived there until a young teenager, before moving to Scotland. After doing medicine at Glasgow University he took a job in the south of France for two years, working in HIV medicine and psychiatry. He is fluent in both French and Spanish.

"I chose to work in North Marseille which is a very deprived area with lots of North African immigrants – profoundly affected by drug addiction and prostitution. So I was already pretty deeply ingrained in seeing the role of the GP as being social as well as medical, and about trying to bring social change through practicing scientific medicine in a community."

Cawston returned to Scotland and began a two-year higher professional training fellowship, working two days a week practicing in Drumchapel and also undertaking a “participatory action research project” for his MSc in primary care. The topic was, not unsurprisingly, bringing about change in the health service by community participation and engagement.

“The research only just scraped through," says Cawston. "It was somewhat unconventional."

Local volunteers created the questions and tested them before going to bingo halls and youth groups and other community settings to interview peers and conduct focus groups. The data was then analysed with Cawston acting as a facilitator.

"It was blood-stirring stuff," he says. "One woman was learning how to read alongside the research. She was literally taking transcripts of interviews to her English teacher and learning to read the words of her peers."

Cawston describes the process as an action-learning cycle – small cycles of change, taking a specific issue and trying to bring about change as quickly as possible to give people a sense that they actually could affect how things are done. The automatic doors in the health centre were a result of the process, as well as the introduction of adjustable examination couches for disabled people.

"What people also talked about was how doctors did not understand the bigger picture – and that has coloured my view ever since. Patients come in with a symptom but there is this whole back story that’s invisible – not present – and isn’t allowed into the consulting room. And that back story may be the key to why they are so distressed. In a sense the links worker programme is a direct consequence of listening to people talk about this bigger picture."

Certainly it seems that Scottish Government is listening, with the integration of health and social care at a structural level now a legislated priority. It recently published an action plan involving the recruitment of 250 community links practitioners to work with GP surgeries across Scotland. Peter Cawston has been asked to advise on the implementation.

Cawston describes himself as an academic practitioner but also a "coalface" GP. He worked for a number of years as a part-time clinical lecturer at Glasgow University but found it difficult to balance with his role as a partner at Garscadden Burn. "I tend to give a hundred per cent to whatever I do."

GPs at the Deep End – with its strong alliance between academics and practitioners – has allowed Cawston a toe in both camps. Another aspect of the organisation that appeals is its active interest in influencing health policy. "That we can be heard at a national level if we join forces," says Cawston. "It’s politics with a small p; perhaps advocacy is a better word."

A central theme in the work of GPs at the Deep End has been the recognition – backed up by extensive research – that those patients most in need of adequate healthcare are often least likely to receive it and, conversely, those with least need tend to use health services more (and more effectively) – the so-called inverse care law.

Says Cawston: "If health services aren’t configured to take into account huge health inequalities then we actively contribute to them. It’s not a neutral situation. There is very solid evidence that the NHS, though free, isn’t impartial. It actively favours affluent populations."

And this, he adds, is a challenge that must be faced by policy makers. "I think the line 'at its best where it’s needed most' encapsulates the whole argument."