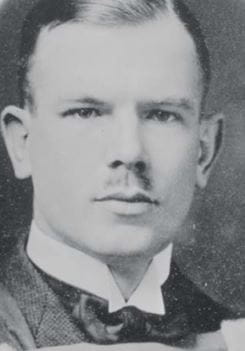 HENRY Bethune had a raging hunger to make his mark in the world by helping others and this he did in a life dedicated to medicine and surgery. Seeing hardship among poor patients in depression-era Canada he became a communist and remained committed to that cause until his death in China.

Bethune was born in Gravenhurst, Ontario, son of a Presbyterian minister. He studied at Owen Sound Collegiate and Vocational Institute as a youth and in 1912 enrolled in the medical school of the University of Toronto, which his grandfather Norman Bethune had also attended. Bethune had to raise funds for his medical education and took jobs including teaching in remote lumber camps. The life of these illiterate, poor men made a profound impression on him.

At the outbreak of WWI Bethune served with the Canadian Army in France as a stretcher bearer and was hospitalised in England with shrapnel injuries. He returned to Canada to become MD in 1916 and served briefly in the Royal Navy. He treated patients during an influenza epidemic and was himself ill. In post-war England he was able to obtain a surgical post at Great Ormond Street Children’s Hospital. An FRCS from Edinburgh completed his formal training.

A few years of marriage to a beautiful Scottish woman, Frances Perry, and luxurious travel in Europe ended in divorce. Bethune had now set up practice in Detroit but in 1926 a diagnosis of tuberculosis threatened his career and his life. He sought care in the Trudeau Sanatorium, New York. There he insisted on having the then new treatment of pneumothorax; a decision that saved his life. It also sparked his interest in thoracic surgery.

Working at the Royal Victoria Hospital, Montreal, where Dr Edward William Archibald practised, and at McGill Medical School, Bethune became a skilled surgeon. Bethune rib shears are among the tools he invented or modified. He was also a somewhat tempestuous surgeon who would throw instruments on the floor in anger or frustration, and often this anger was fuelled by alcohol. He and Frances remarried but this lasted less than four years.

Bethune had a creative side and he studied art, painted a little and with two modernist artists, Fritz Brandtner and Marion Scott, started a Children’s Art Centre. Ever mindful of others’ needs he was moved to give free medical care to the poor in the economic depression in the 1930s and appealed to the Canadian Government to reform healthcare. He visited the Soviet Union to find out about their system and on his return joined the Communist Party of Canada.

It was from 1936 that Bethune’s life took a turn which would bring him lasting fame. That year he set up a base in Madrid for a mobile blood transfusion service for soldiers wounded in the Spanish Civil War. It was not the first such service but it covered a larger part of Spain than the Barcelona-based service. However, he was unable to handle personal accusations and conflicts within the organisation and with the Loyalist government. He returned to Canada for a fundraising lecture tour for the anti-fascist cause, never to return to Spain.

In 1938 Bethune resolved to support the communist cause in China with his surgical skills. He travelled to Shanxi province in China with a medical unit where the population was suffering in the Second Sino-Japanese war. Bethune was stationed with the Eighth Route Army. He had a short meeting with Mao Zedong and proposed running a mobile surgical unit. He also reformed and set up new medical services in the region, not only for the soldiers but for the general population. He taught battlefield surgery and wider skills to doctors, nurses and orderlies. There were endless difficulties, shortages of supplies, hazardous mountain treks, but from his mobile units he was able to treat wounded soldiers near the front and consequently had good results.

In the summer of 1939 Bethune was appointed medical advisor to the Shanxi- Chahar-Hebei Border Region Military District. He worked long hours in desperate conditions, fuelled by idealism and alcohol. Irascible with colleagues, he was most tender with patients and loved by them and their relatives. He was planning a return to North America to fundraise but a finger cut during surgery led to septicaemia and his untimely death on 12 November 1939.

The Norman Bethune Medal is a medical honour awarded in China where he is revered – so much so that coachloads of pilgrims come to visit the little house at Gravenhurst where he spent the first few years of his life.

Julia Merrick is freelance writer and regular contributor to Insight

For advice and support in a potential claim or other matter, please login to your account and complete the contact form.