Ethics: A vice-like grip on virtue

Can virtues become vices in healthcare – and vice versa? 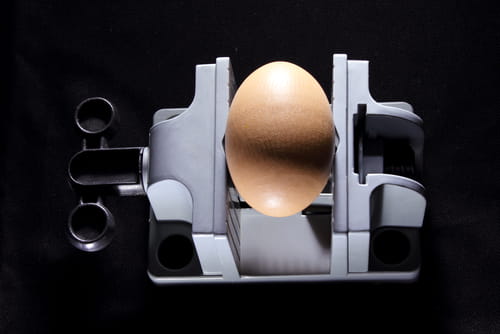 THIS week I will be in Warwick speaking at a conference on the theme of Professional Vices in Modern Medicine. It was an invitation that hooked me from the outset. The speakers were impressive and the subject was irresistible. Participating in the conference has led me to think explicitly about the relationship between virtues and vices, specifically when might virtues themselves become vices and are there 'vices' to which those working in healthcare are particularly susceptible?

Aristotle (forgive me, I know this is not necessarily the stuff of columns to thrill the busy clinical professional) argued that virtues and vices are inextricably linked. By identifying spheres of specific feelings or actions, he argued that those feelings or actions in excess or deficiency would be undesirable. It was in moderation – the golden mean - that virtue was found. For example, in the sphere of confidence, an excess would lead to rashness or impulsive risk-taking whilst a deficit would result in cowardice. Only in balance, could the virtue of courage thrive.

Aristotle’s approach has found contemporary empirical expression in work carried out for the National Clinical Assessment Service, which found that practitioners in difficulty are often struggling with character traits that, were they in balance, would be considered desirable and virtues. So it is that the conscientious professional may, often as a result of external pressures, become obsessively perfectionist or unforgivingly critical of others.

Are there particular vices to which healthcare professionals are inclined or susceptible? It seems like a risky exercise to generalise about a group or groups of people by professional affiliation alone. I do, however, wonder about two common features of healthcare practitioners’ and their work, which are offered here in the spirit of inquiry and curiosity.

First, I am fascinated by "ways of knowing" in medicine and healthcare, and the relative weight and attention afforded to different types of knowledge in making decisions. Whatever the speciality or clinical context, most consultations will involve multiple types of knowledge: the quantitative and the qualitative, the generalisable and the particular and the expert and the experiential all coalesce in a single interaction. Illness itself involves questions of existential knowledge in its impact on identity.

Attending to all these ways of knowledge is difficult and demanding. Yet not to do so is to risk what Havi Carel has described as "epistemic injustice", whereby an individual’s testimony or experience is overlooked or disregarded. Moreover, even the evidence on which 'gold standard' clinical practice is predicated is problematic. The matter of who decides what to research (and to fund), how to design research, who participates in research and the ways in which findings are, or are not, disseminated determine the 'evidence' and, of course, the ways in which it is interpreted. Epistemological insight and interrogation of ways of knowing are integral to virtuous practice. The absence of the same may result in profession-specific vices.

Secondly, I have been thinking about 'vocation' in clinicians. I have written before about the ambivalent and complex relationship between idealism and realism in healthcare and the concept of vocation raises similar problems and questions. Might it be that the all-consuming dedication in which professional and personal identities are inextricably entwined is less positive than is often assumed? In professions where burnout, compassion fatigue, excessive stress, relationship breakdown and health problems are regrettably more prevalent than in most other occupational groups, might the demands and expectations created by a sense of vocation contribute, paradoxically, to vice-like emotions and behaviours in some?

Of course, not everyone has a sense of vocation and some progress through their chosen clinical specialty with a clear understanding that their work is simply a job. It may be a job that is valued and enjoyable, but it is not integral to an individual’s sense of self or identity. Perhaps those are the people who have an inbuilt resilience born of their perspective, their boundaries and a balance between realism and idealism that enables them to adapt to the unpredictable course of a career in healthcare.

Vices are a difficult concept, implying as they do something character-based, individual and in some way, blameworthy. Perhaps Aristotle was right to suggest that most vices derive from an excess or deficiency of virtue. What he was less able to help with was articulating how we recognise where we might be on the spectrum of virtues and vices. Perhaps even asking the question is a virtuous start.