Drugs that will take little lives 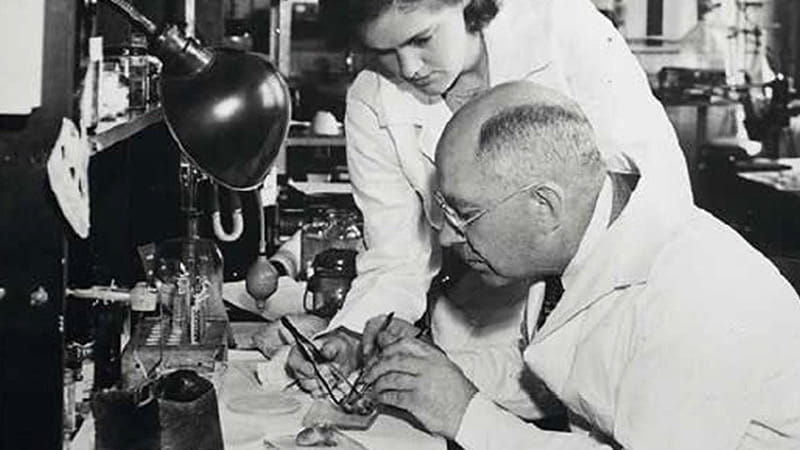 OUR approach to the investigation and approval of new drugs is said to be “born in scandal”. The scandals in question that gave birth to new drug legislation may be well-known but less often appreciated is the role played by one individual – a rather modest and often unassuming woman called Frances Oldham Kelsey, who died this year aged 101.

Kelsey is best known as the FDA regulator who kept thalidomide out of the US in the 1960s but her first brush with the kind of scandal that would shape the law came in the second year of her doctoral studies in Chicago in 1937.

The story began when a small drug company in the state of Tennessee, called Massengill, decided to market the new drug sulfanilamide as an oral liquid preparation. This antibacterial in pill form had been highly effective in combatting bacterial infections in the pre-antibiotic era and Massengill saw a market for it in children with streptococcal throat infections – hence their desire to offer it in liquid form. The problem they faced was that the drug was insoluble in water and quite unpalatable.

The company’s chief pharmacist, Harold Watkins, experimented and was pleased to report that he had managed to dissolve the sulfanilamide in an ethanol-like solvent that even tasted sweet. As such, the drug could be sold as an ‘elixir’, or alcohol solution. However, the solvent was not alcohol but diethylene glycol, the chief constituent of anti-freeze and highly toxic.

Pre-marketing safety testing was neither required by law nor contemplated by the company and the ‘elixir’ was merely assessed for flavour, appearance and fragrance. After adding some colouring and raspberry flavouring, the company was satisfied on these counts and the preparation was mass-produced, bottled and shipped across the US in September 1937.

Slow and painful deaths Reports of the first six suspicious deaths arrived in the American Medical Association’s offices as early as October 11 from Oklahoma. The Food and Drug Administration (FDA) was alerted and set about the retrieval of all shipped bottles. Of the 240 gallons that had been distributed, 234 gallons and one pint were recovered. However, the balance had been consumed and had caused the deaths of 107 people, mostly children. Those deaths had been slow and painful; victims would typically be ill for 7-21 days and show features of renal failure, including nausea, vomiting, convulsions and severe pain.

One distraught mother, Maisie Nidiffer, wrote to President Roosevelt himself to describe the death of her six-year old daughter, Joan.

“All that is left to us is the caring for her little grave. Even the memory of her is mixed with sorrow for we can see her little body tossing to and fro and hear that little voice screaming with pain and it seems as though it would drive me insane. ... It is my plea that you will take steps to prevent such sales of drugs that will take little lives and leave such suffering behind...”

With her letter, she enclosed a photograph of her now deceased child. Joan Nidiffer’s smiling face made its way into numerous newspaper reports about the incident. A face — that of a beautiful little girl — had been given to the tragedy.

Eugene Geiling of the FDA was asked to lead the pharmacological investigations into the sulfanilamide affair. As Geiling’s graduate student, Frances Kelsey helped conduct the animal studies to find out which was the toxic agent — the sulfanilamide or the solvent. Geiling later published these findings showing conclusively that the solvent was the culprit, confirming a number of previous papers. Thus the literature, even in 1937, could have been used to highlight the toxicity of diethylene glycol, but Massengill denied any responsibility.

The company owner, said: “My chemists and I deeply regret the fatal results, but there was no error in the manufacture of the product. We have been supplying a legitimate professional demand and not once could have foreseen the unlooked-for results. I do not feel that there was any responsibility on our part.”

While this may have been true from a strictly legal perspective, perhaps not all of Massengill’s staff agreed with this abrogation of any moral responsibility. Indeed, the 108th death as a result of the tragedy was the company pharmacist, Harold Watkins, who had first proposed the use of diethylene glycol. He committed suicide in January 1939.

Medicines at the beginning of the 20th century were almost completely unregulated. The 1906 US Pure Food and Drugs Act had established penalties for adulteration and misbranding, but by the 1920s this legislation was increasingly thought unfit for purpose. In the 1930s new legislation had been proposed to strengthen pharmaceutical regulation, but by 1937 this had failed to make it through Congress.

The only legal charge that could be brought against Massengill at the time was one of misbranding. They had labelled their product an ‘elixir’, but it contained no alcohol. For this they were fined a total of $26,100. If they had called their product a ‘preparation’ or a ‘solution’ they would have committed no crime at all, despite the death toll. The powerlessness of the Federal Government to act, other than on the basis of such a trivial matter, was used in the argument to force through tougher legislation to control the future manufacture and sales of drugs.

The US Secretary of Agriculture produced a report on the tragedy. His report included the Nidiffer letter and photo and set out principles that now form the basis of modern pharmaceutical regulation. The report very much framed the sulfanilamide affair as an avoidable tragedy, and one that needed a change in the law to prevent its recurrence. Based on this report, the stalled bill was redrafted, and after some political horse-trading it was passed and Roosevelt signed it into law in 1938, eight months after the first ‘elixir’ deaths.

The resulting Food Drug and Cosmetics Act of 1938 has been described as “one of the most important regulatory statutes in American and perhaps global history.” It created a new legal category: the ‘new drug’ and authorised the FDA to serve as gatekeepers for such compounds entering the market place. Thus, the FDA acquired greater status and considerably sharper teeth, with pharmaceutical companies now compelled to work in a new landscape of greater scrutiny and transparency.

Kelsey’s involvement in the 1938 legislative reform was obviously peripheral, but she was at the centre of the laboratory work that confirmed the toxicity of the ‘elixir’. Twenty-five years later Kelsey recalled: “The urgency of the situation, the intensive round-the-clock toxicologic studies and the subsequent changes in the law relative to the control of drugs could not, and did not, fail to make a deep impression on a graduate student such as myself ”.

The legislative journey that began in the US in 1938 would not end there. Throughout the 20th and into the 21st centuries this law which strives to create an environment that puts patient and public safety at the forefront would be amended many times.

One of the most important legislative changes still to come would be in 1962 in the marketing of a new drug to treat nausea in pregnant women – and this time Frances Kelsey would play the starring role.*