Getting ahead of addiction 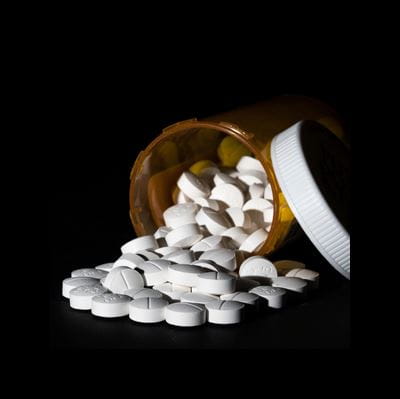 AS WE begin to consider a new post-COVID world, there is a risk that misuse of prescribed opioid and analgesic painkillers, and indeed other potentially addictive prescribed medication, will have increased during lockdown.

We know these drugs are often misused to cope with stress, and we have just been through a period where ‘business as usual’, particularly in terms of appointments and regular reviews, has been severely disrupted. We also know that prescribing levels for these drugs tend to be higher in areas of greater deprivation and among communities likely to be most impacted economically by the coming recession. We could be facing a perfect storm of risk.

As director of innovation and service delivery at Agencia, I’ve worked closely with GP practices on a number of projects related to managing alcohol and drug misuse. We work in partnership with government to deliver new policies and to help providers and commissioners improve frontline services. This is an opportune moment to share my experience in North Lincolnshire, designing and running ReWire, which worked with patients at high risk of opioid dependence.

Research identified opioid analgesic dependence (OAD) as a significant health risk to the population. Agencia worked with North Lincolnshire Council and a number of GP practices to identify the scale of the problem and develop workable and scalable solutions. From this pilot, the ReWire service evolved. It sought to address the issue through analysis of prescribing data, patient identification via the opioid risk assessment tool (ORAT), and provision of a service which combines a non-medical prescribing pharmacist and an experienced psychosocial worker to support individuals who wish to address their OAD.

We ran ORAT (a validated diagnostic support tool) across a selection of practices which reflected the demographics of North Lincolnshire, and we filtered the results to include only under 55s and those identified as potentially most at risk. Of those engaged in treatment, 44 per cent were female. The results were assessed consistently by an experienced pharmacist with clinical support from GPs. Patients identified as being potentially at risk were then invited by GPs to attend for a medication review, with immediate support available from an experienced psychosocial worker who could offer a six-session programme which covered interventions from brief advice through to full opioid substitution therapy (OST).

We focused on practical solutions, supported by lots of informal awareness-raising – leaflet drops and training the admin and reception teams on how to work with a group of patients who were nervous about being called in for a review and managing those anxieties sympathetically. The aim was to inform first, and then engage. Our engagement, treatment and session models recognised this patient group would not feel comfortable in a ‘drug service’.

The results were surprising. A group of patients who were seen as potentially very resistant to change proved to be very open to new approaches to pain management and often expressed private concern about the amount of medication they were taking and its impact on their quality of life. Many changed their prescribing regimens, with 20 per cent of patients stopping repeat prescribing on receipt of a first letter. Even those who required OST usually swiftly became drug-free.

One case study provides an insight into the journey from over the counter (OTC) medication through prescribed medication, into full blown dependence:

Mr N, 43, is identified through ORAT. He works full-time and started using OTC painkillers for toothache before being prescribed codeine for a range of conditions. When invited to attend the review, he discloses that, in addition to his prescribed medication, he is using around 64 Nurofen Plus tablets per day (at a cost of £15). He engages in OST and psychosocial support and is now drug-free. Mr N had attended five outpatient appointments at gastroenterology clinics for stomach problems without disclosing his level of medication use. Post-treatment, those problems ceased.

The reaction from patients to ReWire is generally very positive. There is real scope to make simple changes which benefit patients and the GP practices. We focused on patients who had a number of risk indicators, including a previous history of addiction, increasing frequency of prescribing, and length of time on a medication. Earlier research carried out in South Gloucestershire indicated that there were 40 to 80 patients per thousand at risk of dependence and a recent Public Health England report indicated that up to one in four patients was prescribed potentially addictive medication. For patient engagement, a sympathetic and reassuring approach from all members of the team is an absolute pre-requisite.

It is worth pointing out that we did see a history of significant drug-seeking behaviours in some patients, including changing practices and doctors when their prescriptions were challenged. Some actively sought locum appointments with the aim of avoiding awkward questions about their medication usage, and there were a number of patients who regularly ‘lost’ prescriptions. Having a process in place to identify and challenge these behaviours is essential, and failure to manage this effectively can have serious implications for the professionals involved.

An example is the case of Emma May, which was widely reported. Emma was a young mother of six, who died in June 2016 from Tramadol toxicity. An inquest was held, focusing on how Emma was able to receive so many prescriptions in the months leading to her death. The coroner was not only concerned regarding the continued prescribing, but also the practice’s processes and guidance as to prescribing opioids to individuals suspected of misuse and the prescription of drugs to third parties, which she used herself. The coroner issued a prevention of future death report to the practice and NHS England.

The situation around misuse of prescribed medication remains complex. There is evidence that prescribing practice is improving and more auditing of patients is taking place. However, the trend remains stubbornly high and, post-COVID 19, we see a real threat of a surge in misuse. In addition, Gabapentin and Pregabalin are emerging problems, with reports of misuse appearing in around 2010 from population-based studies, issues in secure settings and patients presenting to addiction services.

The aim of ReWire is to use data to intelligently target those most at risk, and to prevent individuals experiencing the worst of addiction. We’ve found it is possible to significantly reduce prescribing costs and improve patient outcomes. Beyond that, we’ve found it is possible to identify and intervene with individuals who may have continued on the slow path to addiction and also those who knew they had a problem but didn’t know what to do. The level of appreciation from patients and their loved ones for having reached out to them was genuinely moving.

Graeme Dixon is director of service and innovation at Agencia, where he has run a number of services identifying and managing opioid addiction in partnership with GP practices