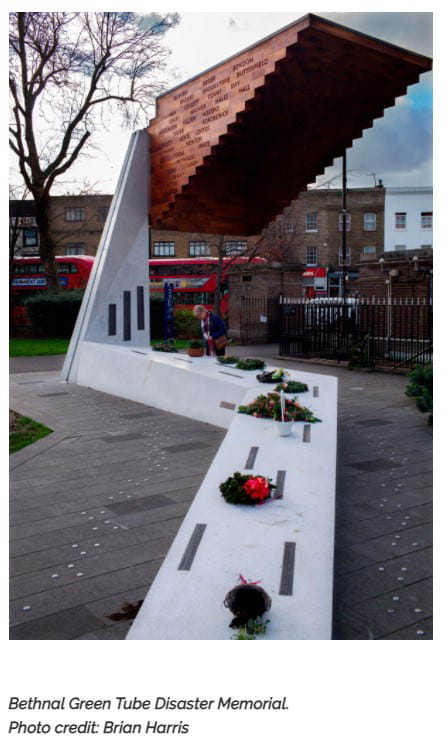 THE bombs began to fall on London’s East End late in the summer of 1940. Over the next nine months, around 30,000 Londoners would be killed and almost twice that number injured. One of the many volunteers active in the London Civil Defence during the Blitz, and throughout the remaining years of the war, was a young doctor living and working in Bethnal Green. Although he had worked in the East End as a GP for five years, Baldev Kaushal began life almost 4,000 miles away in India.

He was born in 1906 in the Punjab, the son of one of the household physicians to the State Governor. He received his initial medical education in Lahore, where he graduated in 1931. He travelled to London to further his training at the Middlesex Hospital where he obtained his MRCS, LRCP in 1932. Three years later he entered general practice and put up his plate in Bethnal Green.

During the terrible months of the London Blitz, he worked in his surgery by day and offered his medical services to civilian casualties by night. On the many tragic occasions when the victims of the bombing were beyond help, he would also do whatever he could. On one such night, he scrambled under the rubble of a bombed out house trying to help a trapped survivor. The injured woman was beyond reach and could not be saved, but she asked him for a drink. He quickly rigged up a method of delivering her tea through an enema tube and at least managed to ease her thirst before she died. It was a method that would go on to be used routinely by the Civil Defence in the city.

Dr Kaushal would witness many horrors during the war, but perhaps worst of all was the Bethnal Green Tube Station Disaster. On the night of March 3, 1943, an unusually large number of people were trying to make their way into the makeshift underground shelter of the new, and as yet unopened, tube station. There was only a single entrance down a narrow, poorly-lit stairway without handrails. As people were entering, there was a loud salvo of defensive rockets let off from the nearby battery in Victoria Park. The crowd mistook the roaring sound for falling enemy bombs and surged forward. A woman carrying a child stumbled near the foot of the stairs, an elderly man tripped and fell to her left and those behind them fell like dominoes.

When Dr Kaushal arrived on the scene, he tried to enter the station, but the “immoveable and interlaced mass of bodies, five or six deep” made it impossible. His main task became not one of offering medical assistance, but of certifying the dead. At the scene, 161 people died and a further 12 would succumb to their injuries shortly afterwards in hospital. Tragically, 62 of the dead were children. Examining the corpses, Dr Kaushal found no evidence of fractures, only of soft tissue injuries, and recorded their cause of death as suffocation. The Bethnal Green Tube Station Disaster would be the largest civilian accident in the UK during the Second World War and in a single night accounted for a third of all wartime deaths in the area.

The following year, Dr Kaushal was injured himself by an exploding flying bomb and one fellow rescue worker reported how they managed to get the young, Indian doctor “into an ambulance but he forced his way out and helped other injured people for eight hours”. He was intent on administering morphine to those with more serious wounds than himself.

Dr Kaushal’s tireless efforts to help during the war made him into something of a local folk hero, and it was of little surprise to his patients that in 1945 King George VI awarded him the MBE for his services. He remained in practice in the East End for the rest of his career.

In his retirement, he was described as a reserved man living a solitary life. However, the few friends he did have tell of his rich store of vivid anecdotes that he was happy to share. He never married, had no family and led a frugal existence. Indeed, such was the care he took with his finances that he was able to make significant donations to hospitals and schools in his native Punjab. While he devoted his career to the people of Bethnal Green before, during and after the war, and spent 60 of his years in London, part of his heart undoubtedly remained in the homeland of his youth.