...Ms G warns Mr L that any further abusive behaviour would leave them with no choice but to de-register him from the practice... 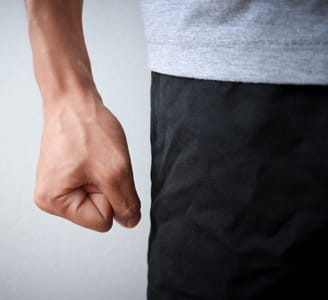 PRACTICE manager Ms G contacts MDDUS to ask for advice about writing a warning letter to a patient, Mr L, who has been abusive towards staff. Ms G encloses a draft of the letter she plans to send to Mr L and asks for a medical adviser’s help as to what it should include.

In the letter, Ms G briefly outlines how Mr L had been seen by one of the practice GPs to discuss a change to his medication. She says Mr L then returned to the practice that afternoon “in a distressed state” and queried the proposed changes with the admin team. The letter accuses Mr L of being “abusive” to staff and of persistently speaking over them.

In the draft, she reminds the patient of the practice’s zero tolerance policy towards physical and verbal abuse that he would have agreed to at registration. She also points out that the NHS does not tolerate abuse towards staff, and patients risk prosecution for doing so. Ms G warns Mr L that any further abusive behaviour would leave them with no choice but to de-register him from the practice.

An MDDUS adviser reviews Ms G’s draft letter and suggests some amendments. She encourages Ms G to add more detail to the letter so that the patient can clearly understand what happened in each stage of the encounter and how his behaviour was perceived.

The adviser suggests describing in more detail how staff had tried to help the patient with his request and what they planned to explain to him at the time.

The adviser also suggests adding more specific detail as to what Ms G means by “abusive” behaviour. It is suggested the manager cites any specific types of behaviour that she felt was aggressive, for example finger pointing, raised voice, leaning in towards staff. Were any particular phrases or words used that the team found threatening? Did they feel intimidated by Mr L’s behaviour?

To conclude the letter, the adviser suggests emphasising to the patient that physical or verbal abuse will not be tolerated and that the practice may consider further action should patients not comply with this. Finally, she suggests clearly stating that, should the patient repeat behaviour perceived to be intimidating or abusive following this warning letter, then the practice may take steps to remove him from the practice list.