...The dentist believes a translator may have helped avoid confusion over the patient's proposed treatment plan... 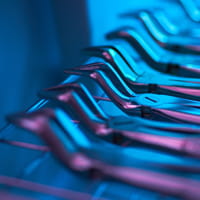 Mr O attends his dental surgery complaining of pain in the upper right jaw. English is not his first language but the dentist, Dr N, determines that the patient thinks the cause may be a recently root-treated UR7.

Dr N examines the tooth and finds it is not tender to percussion, nor is there any discomfort in the surrounding gum. He also observes that the crown is satisfactorily placed and the surrounding soft tissue is pink and healthy. A radiograph is taken and shows no sign of infection associated with the tooth.

Further examination does reveal significant decay in UR5 both clinically and on the radiograph. Dr N explains to Mr O that this is the most likely source of his pain and he discusses treatment options. The patient opts for a procedure to remove the decay and restore the tooth.

Mr O attends the surgery a day later, and when preparing the cavity, Dr N finds that the decay extends sub-gingivally and the tooth is deemed unrestorable. The dentist discusses the need for extraction and the procedure itself with Mr O and the patient consents to the treatment plan.

The extraction is undertaken without incident and Mr O is provided with information on post-operative care and given specific advice on potential complications. Later that day Mr O contacts the surgery insisting that Dr N has removed the wrong tooth and that he has been left with a visible gap in his smile.

The practice manager phones Mr O back and arranges an appointment to discuss the issue. Two days later the practice receives a letter from Mr O drafted on his behalf by a representative from the Citizens Advice Bureau (CAB).

The patient claims that Dr N removed a healthy tooth without his consent, leaving the infected tooth still in place.

Dr N contacts MDDUS for advice on how to deal with the complaint. An MDDUS dental adviser reviews Dr N’s account of the care provided, the relevant patient records and assists in drafting a letter of response.

Dr N first expresses regret at Mr O’s dissatisfaction with the care provided and offers assurance that he takes all patient complaints very seriously. He then summarises his account of the treatment.

The records clearly state Dr N’s assessment of UR7 – the lack of tenderness on percussion, a stable crown and no surrounding inflammation in the gums. Radiographs further confirm no obvious infection. However, UR5 showed significant decay below the gum and Dr N deemed the tooth unrestorable. He recalled that Mr O seemed to clearly understand the clinical options and opted for extraction.

The letter restates that for the avoidance of any doubt the correct tooth was extracted and no “decaying tooth” remains.

The CAB representative acknowledges Dr N's response on behalf of Mr O and the complaint is taken no further.

A subsequent significant event analysis concludes that one potential factor was the language barrier. Clinical staff are reminded that, depending on the treatment being provided, an official translator will remove any doubt over informed consent.