From bingo to Bollywood and bird watching, GPs are being encouraged to prescribe social activities to fight loneliness… But does it work? 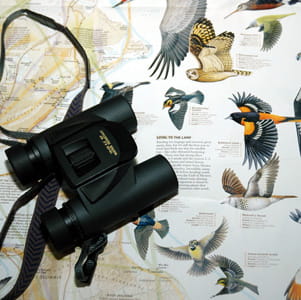 IT has been described as one of the greatest public health challenges of our time and is linked to a range of damaging conditions such as Alzheimer’s disease, heart attacks and strokes. Loneliness is said to be as harmful to health as smoking 15 cigarettes a day, but opinions are divided as to how best to tackle it.

The UK government unveiled its proposals to address the issue in October with the launch of its "loneliness strategy" for England and Wales. The plan gives GPs a central role, specifically in the practice known as "social prescribing", which allows clinicians to direct patients to a variety of arts and cultural activities such as cookery classes, walking clubs and more.

Health and social care secretary Matt Hancock describes social prescribing as an "indispensable tool" to tackle "ageing, loneliness, mental health and other long-term conditions". It is hoped offering non-clinical solutions could reduce demand on the NHS and improve patients’ quality of life.

While some doctors may be sceptical as to the effectiveness of such schemes, social prescribing has been backed by NHS England as one of its 10 high-impact actions aimed at freeing-up GP time. Analysis by the RCGP also found it was one of the most effective of those 10 high-impact actions, at reducing GP workload and called for dedicated social prescribing to be integrated into practices.

The King’s Fund has published a range of information on the topic. It states: "There is emerging evidence that social prescribing can lead to a range of positive health and wellbeing outcomes. Studies have pointed to improvements in areas such as quality of life and emotional wellbeing, mental and general wellbeing, and levels of depression and anxiety." It highlights a study into a social prescribing project in Bristol, which found improvements in anxiety levels and in feelings about general health and quality of life.

It adds: "In general, social prescribing schemes appear to result in high levels of satisfaction from participants, primary care professionals and commissioners". But it also accepts that robust and systematic evidence on the effectiveness of the practice is "very limited".

Practices who do adopt social prescribing have a wide range of activities to choose from.

Parkrun has grown massively since its launch 15 years ago. It organises free, weekly, 5km timed runs at more than 600 locations around the UK and abroad, attracting more than 140,000 runners each week.

In 2018 the Royal College of GPs joined forces with Parkrun UK to "promote the health and wellbeing of staff and patients". Under the initiative, the College is encouraging practices to become official “Parkrun practices” and so far 700 across the UK have signed up.

Southport GP and Parkrun ambassador for health and wellbeing Dr Simon Tobin recently spoke at the RCGP Conference 2018 of his practice’s success in encouraging patients (and staff) to take part. Parkrun, he says, gives people "a purpose and a community".

He told the stories of several patients (with their consent) who had benefited. He described how type 2 diabetic Gary had been considering joining a local Parkrun event but was reluctant because "I’m not a runner". Spurred on by Dr Tobin’s reassurance that 25 per cent of Parkrun participants walk the route, Gary has since lost 13kg and has been able to come off his medication.

Another patient, Eileen, had struggled with her weight and alcohol intake in addition to depression and anxiety. On Dr Tobin’s suggestion, she tried Parkrun and has since completed a half marathon. The GP adds: "It gave her a real self-esteem boost and her health is much improved.”

Their website describes how every week they "support thousands of people to experience the benefits of getting and staying active, improving their mental and physical wellbeing, and reducing social isolation". They tell GPs that "spending just 60 seconds recommending Walking for Health to your patients will encourage them to increase their levels of physical activity, ultimately saving lives and money, and reducing clinic numbers". Practices are encouraged to either signpost patients to a local scheme or get help in setting up one of their own.

In October 2018 the Guardian reported that doctors in Shetland had begun prescribing birdwatching, rambling and beach walks. Health board NHS Shetland authorised the area’s 10 GP surgeries to issue so-called "nature prescriptions" to patients to help treat mental illness, diabetes, heart disease, stress and other conditions. Under the initiative, the health board set up a pioneering partnership with RSPB Scotland who produced an information leaflet and a calendar of seasonal activities that doctors hand out to patients at their discretion.

Speaking in October, GP Chloe Evans from Scalloway Health Centre said: "The project provides a structured way for patients to access nature as part of a non-drug approach to health problems. The benefits to patients are that it is free, easily accessible, allows increased connection with surroundings which hopefully leads to improved physical and mental health for individuals."

Bingo, Bollywood and beyond

The King’s Fund says that more than 100 social prescribing schemes are currently running in the UK, more than 25 of which are in London. One pilot project in the capital involves 37 GP practices in the borough of Croydon. With the help of £800,000 of NHS funding, doctors there can choose from a list of more than 100 activities including bingo, Bollywood dancing, boxing, coffee mornings and choir singing. The Guardian reported in November how, in the scheme’s first year, there was a 20 per cent reduction in hospital outpatient referrals and a four per cent drop in emergency hospital admissions from Croydon’s Parchmore medical centre. Dr Agnelo Fernandes, who leads Parchmore, said: "People who were previously isolated are getting out of their houses. It has provided an opportunity to meet people and do other things."

Social prescribing is not a new phenomenon – occupational therapists have advocated meaningful activities/occupations for over a century – but interest in encouraging general practice to play their part has certainly increased in recent years as healthcare strategy places greater emphasis on prevention, wellbeing and patient-centred care. If practices are given enough support and encouragement – with extra funding allocated to charities and community groups – then proponents of the approach hope it could go some way to reducing workloads and improving patient outcomes.

The management of prescribing systems is a key risk area in general practice. This video leads viewers through common pitfalls

A significant percentage of negligence claims arise from prescribing system errors , making this an important risk area for practices to consider.