PATIENT safety can be affected by your presence as well as your absence. Liz Price offers advice on raising concerns over potentially unsafe rotas. 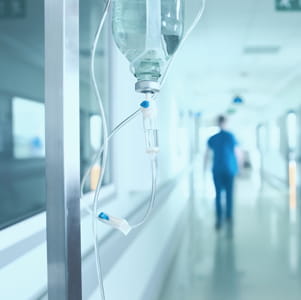 THERE has been no lack of media attention and alarm in recent years over the management of junior doctor rotas and the possible safety impact on patients and trainees themselves. Yet less regular coverage is devoted to the day-to-day concerns of hospital doctors facing severe understaffing – and these concerns have become increasingly prevalent if our advice line and a recent survey from Royal College of Physicians (RCP) are accurate indicators.

In the RCP survey1, over half of physicians stated the belief that patient safety has deteriorated and 84 per cent have experienced staffing shortages in their team. The report also found that only one in five doctors knew the identity of their NHS Freedom to Speak Up Guardian.

Concerns raised with MDDUS advisers are most often due to ongoing multiple vacancies in posts and can include "too long" shifts with on-call doctors becoming the primary contact to staff a service, and staffing workarounds becoming not the exception but the norm. Doctors may experience week-long on-calls where work is steady across the 168 hours due to a poorly staffed department – or have to work 19 days in a row and 26 nightshifts across a month. Locum doctors covering weekends in a hospital may finish shifts with no one available to whom they can safety hand over patients.

There is general acknowledgement of how difficult it can be for trainees to speak up, but more often than not doctors in more senior posts have already raised concerns with clinical leads over a period of time with no action being taken. They phone MDDUS requesting advice on what their next steps can/should be.

Prolonged workload or hours will impact on your health and cause exhaustion which can lead to error. Dr Naeem Nazem put it well in a recent article in our FYi publication: "Patient safety can be affected by your presence as well as your absence."

In April 2016, the GMC issued specific advice in this area as a result of increasing concerns raised by doctors. The GMC states in the guidance that they recognise the pressures within the service and that "doctors may find themselves in difficult positions". They are clear that where a doctor follows the GMC guidance – including the use of their flowchart to support decision-making – they "will be in a good position to justify their actions if challenged and should not face sanctions from the GMC".

Doctors should know their workplace procedures and key individuals in relation to raising a concern (which should be done in writing). In addition, those doctors who are responsible for acting on concerns have a responsibility to act promptly and professionally2. This means "putting the matter right" (if that is possible), investigating and dealing with the concern locally (with stated timescales), or referring serious or repeated incidents or complaints to senior management or the relevant regulatory authority.

Liz Price is a senior risk adviser at MDDUS