A recent Parliamentary and Health Service Ombudsman report highlights reluctance among some healthcare professionals to offer a sincere apology to patients when something goes wrong. 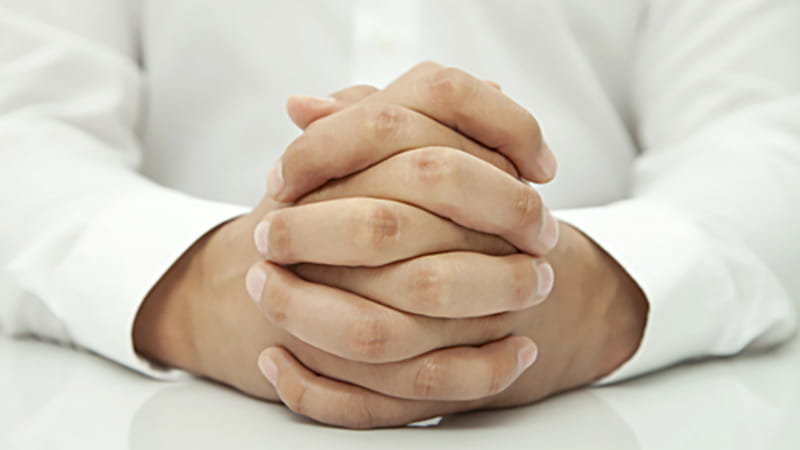 A KEY message emerging from a recent Parliamentary and Health Service Ombudsman (PHSO) report on GP complaints handling is that attitude is crucial.

In General Practice Complaint Handling across England – A Thematic View, the PHSO states that GPs should be prepared to apologise where appropriate, and be "open and honest when things have gone wrong".

The report looks at various aspects of the complaints management process, and mentions in particular that medical defence organisations (MDOs) have continually stated that saying sorry is not an admission of legal liability. It also suggests that MDOs need to be more consistent with this advice when engaging with individual members, and this is something which we take very seriously at MDDUS.

In our experience, a sincere apology can prevent a patient complaint from escalating and we remind doctors that saying sorry is not an admission of guilt or liability in any potential litigation, nor is it a sign of weakness. In fact, at times it is simply the right thing to do and a genuine apology may be all that a patient wants.

The PHSO review of GP cases in England found that in a third of cases examined an appropriate apology was not provided, and when an apology was offered it was not always delivered in a sincere manner. This is often apparent in the language employed when responding to complaints. "I’m sorry but" or "I’m sorry if" are commonly used, and while they convey an apology of sorts, it can seem a qualified one. An example cited in the report is a GP apologising that he might be "perceived" as rude or dismissive, but who then goes on to defend his poor attitude as a "human frailty" which everyone can be culpable off. This may be true but it’s hardly likely to foster a positive reaction from the complainer and might be construed as less than sincere.

Despite consistent advice to the contrary, GPs told the Ombudsman that the fear of litigation or an increase in their indemnity fees prevented them from apologising to patients. Let us be clear on this issue, at MDDUS the willingness of a member to offer a sincere apology if something has gone wrong will have no bearing on their future subscription rates, and does not form part of our application process for membership.

A reluctance to say sorry may also result in factual inaccuracies in a complaint response as it will be formulated in a defensive mind set; indeed, the PHSO review found that in over a quarter of cases examined, explanations regarding decisions around care and treatment were not clear enough.

In 2014 a statutory duty of candour was introduced applying to all healthcare providers in England and last year the GMC released new guidance on the professional obligation of all doctors to be open and honest with patients when mistakes are made that have compromised – or could have compromised – patient safety. But the PHSO found that in two-fifths of the cases which they examined, mistakes had not been acknowledged. Despite the existence of a legal duty to "do the right thing", according to the ombudsman, it would appear that this message is still not getting through. The Care Quality Commission (CQC) is now inspecting and reporting on how practices are complying with their legal duty of candour.

Receiving a complaint from a patient remains the single most common reason doctors seek advice from MDDUS and accounts for around a fifth of all contacts received. Medical defence organisations have a responsibility to clearly communicate and advise members on how complaints are consistently managed, and we must again emphasize that a genuine and sincere apology is not an admission of liability and should be seen as an important part of a complaint acknowledgement, investigation and response where appropriate.

ACTION: Be prepared to say "sorry" where it is clear that something has gone wrong or not gone to plan. Ensure that simple, clear communication is used when responding to complaints and that responses of a factual nature concerning care and treatment are accurate and unambiguous.

The Scottish government recently announced it will establish a public inquiry into its handling of the Covid-19 pandemic. Governments across the UK are expected to follow suit. What should you do to prepare?