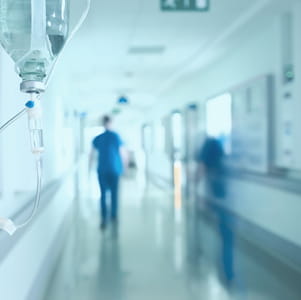 THE Supreme Court has recently judged that non-medical staff members have a duty of care to patients. Whilst the case in question took place in the A&E department of a hospital, MDDUS is flagging to its members working in general practice that there are important points that need to be born in mind.

When GP partners delegate to non-medically qualified staff (including receptionists) the role of first point of contact for persons seeking medical assistance, they must remember that they are also delegating to their staff the responsibility for providing accurate information as to its availability and that the information provided to patients must be complete and not misleading.

The case involved a 34-year-old man who was struck on the head and then driven by a friend to A&E. The patient informed a receptionist that he thought he had a head injury and needed urgent attention. The receptionist replied that he would have to wait up to four to five hours to be seen by a clinician. The patient said he could not wait that long as he felt he was about to collapse. The receptionist was then reported to have replied that if he did collapse then he would be treated as an emergency.

The identity of the A&E receptionist is unknown, save that it must have been one of two on duty at the time and neither had any recollection of the conversation. However, each described the usual practice when a person with a head injury asked about waiting times. One said that they could expect to be seen by a triage nurse within 30 minutes of arrival and the other said that the triage nurse would be informed and that they would be seen as soon as possible.

The patient decided to go home but later returned to hospital by ambulance and a CT scan identified a large extradural haematoma. He was transferred to another hospital and underwent emergency surgery but unfortunately suffered permanent brain damage. The patient brought proceedings against the NHS trust alleging a breach of duty by the reception staff concerning the information he was given about the time he would have to wait and the failure to assess him for priority triage.

The High Court dismissed the claim and the patient appealed to the Court of Appeal, where it was again dismissed by a majority on the grounds that neither the receptionist nor the trust acting by the receptionist owed any duty to advise about waiting times and that the damage was outside the scope of any duty owed. It also ruled that there was no causal link between any breach of duty and the injury. The patient then successfully appealed to the Supreme Court which ruled that the case falls squarely within an established category of duty of care: it has long been established that such a duty is owed by those who provide and run a casualty department to persons presenting themselves complaining of illness or injury and before they are treated or received into care in the hospital’s wards. The duty is to take reasonable care not to cause physical injury to the patient.

In this case, as soon as the patient was ‘booked in’ at reception he entered into a relationship with the healthcare provider. The scope of this duty of care extends to a duty to take reasonable care not to provide misleading information which may foreseeably cause physical injury. The Court also found that a duty of care was still owed to the patient no matter if it was from medical or non-medical staff. The hospital had charged its non-medically qualified staff with the role of being the first point of contact for persons seeking medical assistance and the responsibility for providing accurate information as to its availability.

A receptionist in an A&E department is expected to take reasonable care not to provide misleading advice as to the availability of medical assistance. The standard required is that of an averagely competent and well-informed person performing the function of a receptionist at a department providing emergency medical care.

Moreover, responding to requests for information as to the usual system of operation of the A&E department is well within the area of responsibility of receptionists. The two receptionists on duty were aware of the standard procedure, but the patient was told to sit down to wait for up to four to five hours. That information was incomplete and misleading. The trial judge made the finding that it was reasonably foreseeable that a person who believes it may be four to five hours before being seen may decide to leave. In light of that finding, the provision of such misleading information by a receptionist as to the time within which medical assistance might be available was negligent.