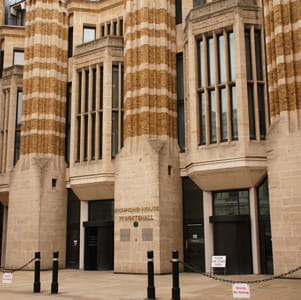 A POLICY review has called for the establishment of a working group to set out a “clear explanatory statement” of the law on gross negligence manslaughter.

This is one of the key recommendations of the "rapid" review commissioned by Secretary of State for Health and Social Care Jeremey Hunt and chaired by Professor Sir Norman Williams.

The Williams review was set up in light of the Bawa-Garba case to consider the wider patient safety impact resulting from concerns among healthcare professionals that medical errors could result in prosecution for gross negligence manslaughter even if occurring in the context of broader system failings.

Of particular concern was the fear that healthcare professionals might be reticent if involved in an untoward event and thus reluctant to engage in reflective practice, which is considered vital to learning and improving patient care.

In a letter to Secretary Hunt, prefacing the report, Professor Williams commented: “Despite reports to the contrary, investigations of gross negligence manslaughter in healthcare are unusual, prosecutions are rarer and guilty judgements rarer still. There is no doubt, however, that recent cases have led to an increased sense of fear and trepidation, creating great unease within the healthcare professions. This has been compounded by a perceived arbitrariness and inconsistency in the investigation and subsequent prosecution of gross negligence manslaughter.

“What families and loved ones want in such circumstances is transparency…It also has to be appreciated, however, that healthcare professionals go to work to alleviate suffering not to add to it. They work in complex, high-risk environments, invariably as part of a team, and when things go wrong it is rarely the result of one individual’s error.”

The review recommends that all relevant organisations should produce updated guidance on gross negligence manslaughter to promote a consistent understanding of where the threshold for prosecution lies.

Among further recommendations the review calls for the Professional Standards Authority (PSA) to retain its right to appeal fitness to practise panel decisions to the High Court on the grounds of insufficient public protection but that the duplicate power provided to the GMC to appeal decisions of the Medical Practitioners Tribunal Service (MPTS) should be removed. It believes this will “ensure a consistent approach to appeals across healthcare professions that are statutorily regulated”.

GMC Chair Professor Sir Terence Stephenson expressed dismay at this particular recommendation, stating: "We are also surprised that the review has focused on the GMC’s right of appeal… If the recommendation to remove this is pursued, it will significantly reduce our ability to protect patients.

“Our appeals have been upheld in 16 out of 18 cases heard by the courts. We believe our actions have provided greater public safety and maintained public confidence in the profession through these rulings, all but one of which involved sexual misconduct or dishonesty.”

MDDUS has expressed broad support for the findings of the policy review. CEO Chris Kenny said: “We agree the need for high standards and current relevant clinical experience for expert witnesses and welcome the proposed clarification on not using reflective material for fitness to practise (FtP) investigations, unless, of course, the practitioner feels it is relevant. The proposals to ensure greater understanding of the law and more consistency in policy and coronal actions are also welcome.

“We welcome the decision to remove double jeopardy on appeals. Evidence shows that the PSA has used its powers more selectively and proportionately than the GMC. We also support the opinion that conviction cases should not be decided without the opportunity for a fair hearing.

“Finally, doctors require legal support in FtP hearings as much as the GMC and MPTS need properly defended registrants to help guarantee just outcomes. The creation of state-backed indemnity for GPs may jeopardise this pursuit of justice. Therefore, as part of wider reform, the GMC should make clear that doctors need cover for non-claims matters as well as compensation for claims.”