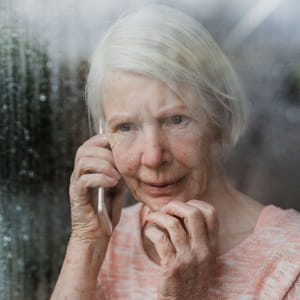 BACKGROUND: A practice manager receives a letter of complaint from the husband of a recently deceased patient – Mrs K. The patient died of colorectal cancer and the letter expresses dissatisfaction with her treatment by the practice. In particular, Mr K cites a decision by one of the GPs to deliver the results of a CT scan over the phone, confirming that Mrs K’s cancer had spread to her liver.

Mr K felt this was callous and unprofessional and that Mrs K should have been advised to attend the surgery to hear such difficult news.

The practice manager acknowledges the complaint and promises that the matter will investigated by the partners. A letter of response is drafted by the GP (Dr D) who made the telephone call and this is sent to MDDUS for review.

ANALYSIS/OUTCOME: In the letter of response, Dr D first expresses her condolences and also regret over Mr K’s dissatisfaction with the care received by his wife before her death. She acknowledges that phoning with the results of the CT scan was not ideal but then goes on to explain the circumstances.

Later the practice received a call from the gastroenterology department to say that Mrs K had cancelled her appointment with the consultant as she was unwilling to undergo any invasive procedures. A CT scan was offered but Mrs K refused to speak with the consultant. Later Dr D phoned and urged Mrs K to attend for the scan.

Three weeks later the practice received another call to say that Mrs K had attended for the CT scan and that it indicated a probable cancer. However, Mrs K had refused to attend a follow-up appointment with the consultant. Dr D instructed a receptionist at the practice to phone and arrange for Mrs K to attend the practice but she refused.

Conscious that urgent action was needed to avoid a poorer outcome for the patient, Dr D felt she had no other option but to phone Mrs K and inform her of the results. The GP carefully explained that this was not the sort of news she would want to give over the phone but felt it was important to avoid any further delay.

In the letter of response, Dr D again expresses regret that Mrs K learned of her diagnosis in this way but that she hoped Mr K understood why it was undertaken in this manner. Mr K is offered the option of a meeting to discuss the matter but he replies that he is satisfied with the response and plans to take the matter no further.