...It is alleged that Dr L did not provide the full range of options and misled Mr K in an attempt to “upsell” more expensive treatment... 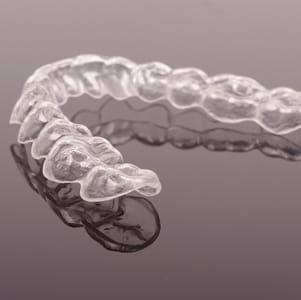 BACKGROUND: Mr K attends his dental surgery for a routine check-up and complains of sensitivity to hot and cold in the lower right jaw. Dr L examines the patient and undertakes a radiograph, noting a cavity in LR7. There is also discussion regarding the patient’s obvious tooth wear caused by bruxism.

The dentist sets out the different treatment options available for LR7, including an NHS amalgam filling or a private composite filling, chargeable at £140. Dr L also recommends a bite guard to prevent bruxism. She explains that it can be provided on the NHS with a Band 3 fee of approximately £250 or on private basis at a fee of £110. Another option would be to buy a bite guard at the chemist or online, but Dr L actively counsels against this. Mr K declines both options and leaves the practice without making a further appointment.

Two months later Dr L receives a letter form the GDC stating that she is the subject of a complaint by Mr K. It is alleged that the dentist failed to provide an adequate standard of care by offering misleading advice that amalgam was an unsuitable material for fillings. It is also alleged that Dr L did not provide the full range of options in relation to treating the patient’s bruxism and misled Mr K in an attempt to “upsell” more expensive treatment.

Dr L is also accused of not providing a written treatment plan to the patient.

A GDC caseworker reviews the matter and advises Dr L that, following receipt of a clinical advice report and formal assessment, the matter will be referred to case examiners for determination. The allegations also contain one of dishonesty.

ANALYSIS/OUTCOME: MDDUS provides assistance to Dr L and asks for her account of the treatment along with a copy of the patient records. In the GDC complaint Mr K states that in setting out the treatment options for LR7, Dr L tried to persuade him of the superiority of composite fillings over the cheaper amalgam, stating that it not only provided a better cosmetic result but was also “stronger and more durable”. Having then opted for amalgam Mr K states he was not provided a written treatment plan before leaving the practice.

In regard to his bruxism, Mr K states that the dentist only discussed the option of an expensive NHS Band 3 bite guard before eventually suggesting that he could “buy a cheap one off Amazon” and that it would be “better than nothing”.

MDDUS assists Dr L in responding to the allegations – all of which she denies. In a letter the dentist states that she explained the restorative options for LR7 in a neutral manner and did not mislead the patient or induce him to agree to a more profitable option. Indeed, she routinely provides amalgam fillings to her patients, subject to informed consent.

In regard to the discussion of bite guards, Dr L states she informed Mr K of the option for an NHS Band 3 guard but also a less expensive but of equal quality guard provided on a private basis. Mr K declined both and it was only then that Dr L suggested that bite guards were also commercially available but that quality varied – and she offered no recommendation.

Dr L states that her routine practice is to provide a written treatment plan in compliance with her NHS contractual obligations and GDC standards. Normally, the receptionist asks the patient to sign the document at the front desk but Dr L acknowledges that sometimes the task is missed. No duplicates of Mr K’s plan have been located which suggests it may not have been signed. In the end the patient did not return for treatment.

A few months later the GDC caseworker writes back to Dr L informing her that there is insufficient evidence to support the allegations and the case examiners have determined that no further action will be taken in the case. 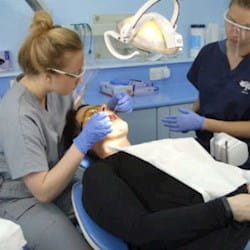