...The patient claims that her symptoms clearly indicated an acute neurological deficit and she felt that Dr G was hinting that she was somehow “faking it”... 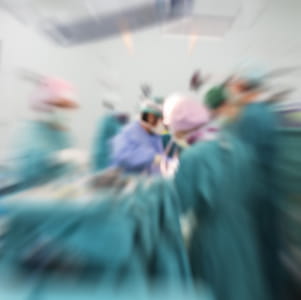 BACKGROUND: A 51-year-old former primary school teacher – Ms W – attends A&E complaining of severe back pain with weakness/numbness in both legs. The pain is so severe she is provided with a wheelchair. Ms W is later attended by an ST in emergency medicine – Dr G – who undertakes a history and examination. He notes Ms W sustained a lumbar spine injury two years ago after falling on ice. She had refused surgery and had been coping okay until a few weeks ago.

The presenting symptoms include “pins and needles” in both legs, weakness and bilateral foot drop. She can walk but with difficulty and is also having problems urinating.

Dr G examines the patient and confirms weakened plantar flexion and sensory impairment in both limbs. Sphincter tone on voluntary squeeze is also poor and Dr G notes the bladder is not full. A diagnosis of suspected spinal cord compression is recorded and Dr G requests a lumbar X-ray and referral to orthopaedics.

An orthopaedic specialist examines Ms W and suspects a disc prolapse. An MRI reveals lumbar disc herniation with cauda equina syndrome. She is taken to theatre for decompression surgery and makes a good recovery.

Three months later a Rule 4 letter from the GMC is received by Dr G stating that Ms W has made a complaint which will be investigated. It advises the doctor to contact his medical defence organisation and Dr G phones MDDUS.

ANALYSIS/OUTCOME: The complaint alleges that Dr G undertook only a cursory inspection of Ms W and on testing plantar flexion accused the patient of “not pushing hard enough”. It is also claimed the doctor asked why Ms W had attended A&E for a chronic back problem instead of first consulting her GP.

Ms W also questions the need for a lumbar X-ray, having been told later that an MRI was the appropriate investigation. She claims that her symptoms clearly indicated an acute neurological deficit and she felt that Dr G was hinting that she was somehow “faking it”.

MDDUS helps Dr G compose a letter of response to the complaint in which he disputes some of the assertions in the complaint but acknowledges that there was a communication breakdown. The records include a letter of apology to Ms W for this. The response also shows insight in that Dr G states he has subsequently attended a course on improved patient communication, in addition to a CPD session on the assessment and treatment of cauda equina.

Six months later the GMC writes back to say that the case is to be concluded with no further action. The letter sets out the reasons for the decision, stating that the GMC sought advice from an independent expert consultant in emergency medicine who considered all the available documentary evidence including the letter of complaint and the medical records.

The conclusion that Ms W needed further assessment for spinal cord compression was appropriate although the lumbar spine X-ray was inappropriate and superfluous. An orthopaedic referral was the appropriate call as Ms W required urgent spinal surgery.

The expert also addresses the claim that Dr G initially questioned Ms W’s decision not to first attend her GP and that the examination was cursory and conducted in an insensitive manner. He states that if this is accurate then Dr G’s approach could be judged inappropriate and incorrect – but he also points out that the truth of the matter is in dispute and impossible to establish from the records.

GMC guidance to case examiners states that in applying a "realistic prospect test" to any allegation they should not normally seek to resolve substantial conflicts of evidence. They should instead rely on documentary information as "parties to a conversation may have very different perceptions of a discussion, or the manner in which it was conducted".