...The GP finds Mr L lying on the couch in front of the TV. He tells the doctor it is not chest pain he is experiencing but the usual heartburn, though worse... 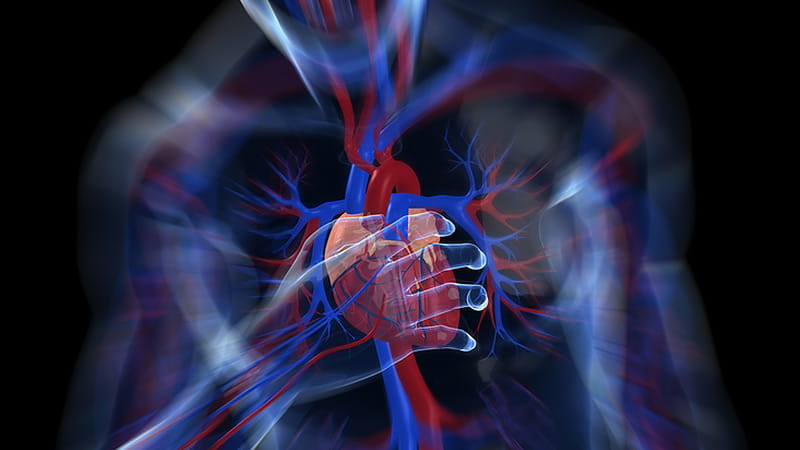 BACKGROUND: Mr L – a 53-year-old – attends his GP surgery complaining of severe heartburn. He is overweight and a heavy smoker with a history of recurrent epigastric pain from acid reflux. Mr L explains that the pain struck suddenly last night and was intense and radiating to his back.

The GP – Dr P – examines the patient and finds his chest clear with normal heart and breath sounds and normal blood pressure. There is no chest wall tenderness and when Mr L is asked to point out the locus of the pain he indicates the stomach area. Dr P records moderate to severe localised epigastric pain with no rebound or guarding. He diagnoses heartburn and prescribes 15mg lansoprazole twice daily until the pain resolves and then reduced to one daily. The patient is told to return if the pain persists.

Mr L’s wife phones the surgery just after lunchtime a day later. Dr P is off that afternoon so the call is taken by the GP on call, Dr N. Mrs L says her husband is suffering severe chest and arm pain and she is worried about his heart. Dr N arranges to visit Mr L at home later that afternoon and prints off summary notes in case these are needed for an urgent referral.

The GP finds Mr L lying on the couch in front of the TV. He tells the doctor it is not chest pain he is experiencing but the usual heartburn, though worse. Otherwise, he appears to be reasonably comfortable – not breathless or in obvious pain. Dr N confirms the initial diagnoses of heartburn and prescribes antacid tablets. He advises Mrs L to contact the practice if the pain worsens and to phone an ambulance if Mr L develops chest pain.

Two days later Mr L collapses at home and an ambulance takes him to A&E. He is found to have suffered an extensive anterolateral myocardial infarction. Later that night he suffers a fatal cardiac arrest.

ANALYSIS/OUTCOME: Mrs L instructs solicitors to launch a claim of clinical negligence against both GPs. It is alleged that the doctors misdiagnosed Mr L’s condition and the treatment delay led to his subsequent myocardial infarction and death later in hospital. MDDUS commissions expert reports from a primary care physician and a cardiologist.

In her claim and in subsequent statements Mrs L disputes both GPs’ accounts of her husband’s symptoms. She insists that her husband used the words "chest pain" to describe his symptoms and not "heartburn". She also disputes Dr N’s account of his home visit and that Mr L was in no "obvious" pain.

The primary care expert examines the clinical notes and witness statements. He notes the disputed claims regarding Mr L’s "chest pain" and he questions the logic by which Dr P arrived at the diagnosis of heartburn. The term is used to describe a burning discomfort or pain behind the breastbone (chest) caused by acid reflux – and yet the GP claims that Mr L indicated the "stomach area" as the locus of pain. This would normally be indicative of gastritis or dyspepsia rather than heartburn, and he also wonders why such a complaint would lead to an examination for chest wall tenderness.

The expert concludes that the notes provided by Dr P offer insufficient detail to support a diagnosis of heartburn and, given the clinical uncertainty over the nature of the pain, the GP should have arranged urgent referral to hospital.

In regard to Dr N’s home visit, the expert questions again the persistent diagnosis of heartburn – even more especially after treatment with high-dose lansoprazole. He concludes that given the mention of severe chest pain it would have been prudent to arrange an urgent referral to hospital.

Having reviewed all the clinical evidence the expert cardiologist concludes that the most likely timing of the MI was between day three and day five. It is his view that had Mr L been referred for an ECG on the day he first attended it is likely that a cardiac cause for his pain would have been identified, and angioplasty and stenting prior to the MI would have prevented subsequent myocardial damage and the fatal cardiac arrest. The outcome of a referral after Dr N's home visit is less clear given the uncertainty over the timing of the MI.

Considering the disputed accounts over the nature of Mr L’s pain and questions regarding the diagnosis of "heartburn", MDDUS advisers and lawyers (in agreement with the involved members) decide to settle the case out of court.