..the radiograph reveals the presence of a retained root which has become infected... 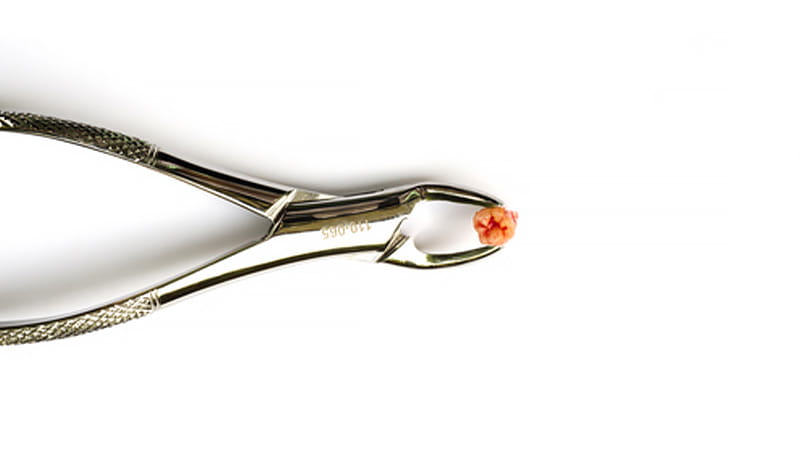 Mr F attends his dentist – Dr K – complaining of a tender upper premolar at UL4. On examination it is found that the tooth has fractured. Six months previous Dr K had root-treated the tooth which had been giving Mr F problems for the last couple of years. It had been filled twice but with recurrent infections requiring antibiotics.

The patient re-attends the practice and the two root canals at UL4 are located, gutta-percha (GP) removed and dressed with Ledermix. However, after two days Mr F is back in the surgery with the tooth now very tender to touch. The canals are opened and blood is found to be oozing from the buccal canal. Dr K leaves the tooth open to drain and prescribes antibiotics.

Mr F calls in sick from work with an “agonising” toothache and makes an emergency appointment with Dr K. The dentist informs the patient that the tooth is chronically infected and needs to be extracted. This is done with the patient’s consent and the procedure is routine with no complications noted in the patient records. No post-extraction radiograph is taken.

Having moved to a new town Mr F registers with a local dental surgery and attends complaining of pain around UL4. The new dentist takes a radiograph and this reveals the presence of a retained root at UL4 which has become infected. Three days later the root fragment is surgically extracted.

A YEAR later Dr K receives a letter of claim from solicitors representing Mr F alleging negligence in the treatment of the patient’s tooth. In particular the letter states that the dentist failed to protect the root-treated UL4 by means of an onlay or crown to prevent fracture. It further alleges that the dentist failed to record the fracture of the root and to inform Mr F what had happened. Nor did Dr K take a post-extraction radiograph and carry out remedial treatment to remove the retained root, or refer appropriately.

Dr K contacts MDDUS and an adviser reviews the letter of claim and patient records along with the dentist’s account of the treatment. An expert report is commissioned from a GDP and lecturer in restorative dentistry. The expert offers an opinion on each of the allegations.

In regard to failure to protect the roottreated tooth from fracture with an onlay or crown he states that the need for such a measure is determined by the size of the cavity in the tooth and degree of occlusion. In his opinion there is no evidence to conclude UL4 was at risk of fracture so it cannot be said that placement of an onlay or crown was essential.

In view of the potential weaknesses in defending the case MDDUS decides with the agreement of the dentist to settle the claim with no admission of liability. 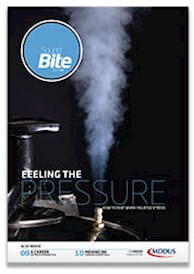