A Q&A with Alyson Wray, vice president of the Royal College of Physicians and Surgeons of Glasgow

DR ALYSON WRAY was recently elected as the first female vice president of the Royal College of Physicians and Surgeons of Glasgow and is a consultant in paediatric dentistry. She began her career in the Community Dental Service in 1983 before becoming involved in clinical research in the US and UK.

She went on to complete a PhD and has a particular interest in a preventative approach to managing dental health. A mother-of-three, she divides her time between the RCPSG, NHS Education and treating patients at Glasgow’s Royal Hospital for Sick Children and Glasgow Dental Hospital.

Why do you think it has taken more than 400 years for a woman to achieve your position in the RCPSG?

In the early years of the Royal Colleges women weren’t even admitted into the profession. To an extent it’s been sheer weight of numbers that has made a difference. In recent years female undergraduates have significantly outnumbered their male counterparts in both medicine and dentistry, and that is slowly having an effect throughout the professions. There have also been aspects of the work-life balance of senior positions which simply haven’t appealed to many women, for completely understandable reasons. However, some of those aspects are changing, both the balance between family life and work, and the sharing of responsibilities between couples. It all has an effect.

Will there ever be a female president?

I am absolutely confident there will be a female president, and hopefully quite soon. As the regulations currently stand though, it will be either a physician or a surgeon, as dentists are not eligible.

How does it feel being the first female vice president?

It feels like an enormous privilege. I am aware of setting a precedent, and I am conscious I have a responsibility, to women in particular, to do a fully committed and effective job. I have the honour of bestowing diplomas on our new Fellows and Members at the RCPSG admission ceremonies – it is such a joyful occasion, to be part of that alone is a great honour.

What is the secret to your success?

Luck! Prioritising effort, getting along with most people but not suffering fools. Taking opportunities when they arise, even if the timing is not great. Mostly working alongside clever, talented hardworking colleagues.

What changes would put more women into positions of influence within dentistry and medicine?

I’m not sure many more changes are required. It’s happening, but it takes time. The rewards for high achievement need to be modified away from financial benefits alone. I certainly don’t believe in any form of discrimination, “positive” or otherwise.

Do you feel there is an inherent chauvinism in some British institutions such as the RCPSG?

The Royal Colleges are very traditional organisations, their heritage is part of their charisma, but huge changes in policies and procedures have been introduced to keep in line with social and regulatory developments. When any group of men get together the topics of conversation are rather different from those of a group of women, but that’s not chauvinism.

How do you cope with sometimes being the only female in the room?

To be honest I don’t even really notice it anymore – and it doesn’t happen so often now. I come from a very male-dominated family, loads of brothers, male cousins, nephews but hardly any girls, so it was never an environment in which I felt uncomfortable.

What advice would you give to dentists looking to emulate your success?

Look ahead and think about the longer term. Prioritise your efforts – it’s never possible to do everything that’s asked of you, and it frequently isn’t all even necessary. Target your efforts to the urgent and the important, and then do as much of the rest as you can whilst still having a life. Most importantly, surround yourself with people who are effective and enthusiastic at what they do, and support each other in your efforts.

Typically I spend Monday at the Royal Hospital for Sick Children, either on the outpatient clinic, in theatre or seeing patients on the ward admitted over the weekend. Tuesday morning I do IV sedation (proprofol) with an anaesthetist on phobic teenagers at Gartnavel General Hospital and in the afternoon I have some administration or meeting time. Wednesdays I spend in the Glasgow Dental Hospital clinic seeing new referrals and patients for review and I also provide consultant cover for the department. On Thursdays and Fridays I work for NHS Education supporting the training, assessment and monitoring and recruitment of training grade staff in the west of Scotland.

Do you have much time for hobbies/relaxation?

My children are my main hobby and relaxation! Lots of evenings and weekends are spent ferrying them around to various activities, just as most parents do. I also try to go running, I love skiing, doing my garden and I see my friends as much as I can – they keep me sane! 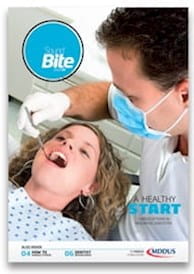