Dentists have a vital role in reducing mortality in mouth cancer.

NO ONE tends to think of having regular dental checkups as a matter of life and death. But for some 5,300 people in the UK each year this could very well be the case.

This was the number of UK patients diagnosed last year with oral cancer according to statistics compiled by the British Dental Health Foundation (BDHF). Mouth cancer is estimated to kill one person every five hours, and less than half of those diagnosed with the disease survive beyond five years of diagnosis.

November was Mouth Cancer Action Month and the BDHF – as part of an ongoing campaign – has been very active in raising awareness of the disease among the public and the healthcare community. Part of that campaign has been to ensure that all dentists carry out oral screenings on each of their patients at least annually or on every dental visit.

Dr Nigel Carter Chief Executive of the BDHF says: “We need to continue to take action to raise awareness of mouth cancer and ensure that thorough oral examinations stay a priority. We are urging dental and medical practices, pharmacies, health centres and oral health educators to help in raising awareness of the early symptoms and the main risk factors to the public.

“The chance of survival can be increased to 90 per cent through early detection. Without early detection the survival rate plummets down to 50 per cent, and this has not improved over the last four decades.”

Many different types of cancerous tumours can arise in the mouth but around 90 per cent are squamous cell carcinomas, according to the USA-based Oral Cancer Foundation. Common areas for mouth cancer to develop include the tongue and the floor of the mouth, or the sulcus between the lip or cheek and the gingival covering of the lower jaw in individuals using chewing tobacco.

Oral cancer is particularly dangerous because in its early stages it can often go unnoticed by the patient as there may be little or no pain or physical changes. It is often only discovered after the cancer has metastasised, most likely to the lymph nodes of the neck. The prognosis at this stage will be significantly worse than for cancers localised to the intra-oral area. Late diagnosis may also allow the primary tumour time to invade deep into local structures.

Warning signs for mouth cancer include:

• Red and white patches in the mouth

• Unusual lumps or swellings in the mouth

But it can be difficult to judge which signs necessitate concern. Many routine conditions can mimic the appearance of pre-cancerous changes or early cancers of the soft tissues. One study cited by the Oral Cancer Foundation found that an average dentist can see 3-5 patients a day who exhibit soft tissue abnormalities, most of them benign in nature. Apthous ulcers, herpes simplex, herpes labialis, cheek trauma and sore spots from poorly fitting dentures can all share similarities with dangerous lesions.

• Smoking – still considered to be the leading cause of mouth cancer in the UK.

• Alcohol consumption – drinking to excess can increase mouth cancer risks by four times. Those who smoke and drink to excess are up to 30 times more likely to develop the disease.

• Poor diet – around a third of cases are thought to be linked to an unhealthy diet. It is recommended that people eat a healthy balanced diet including five portions of fruit and vegetables each day.

• HPV – The human papilloma virus, transmitted via oral sex, has recently been identified as a risk factor, particularly in younger people with no other apparent risk factors. Experts suggest it may rival tobacco and alcohol as a key risk factor within 10 years. People with multiple sexual partners are more at risk.

Age is also an important factor to consider with 87 per cent of cases in the UK occurring in people aged 50 or over. Sex contributes to risk but increasingly less so today. Dr Nigel Carter says: “Fifty years ago mouth cancer was five times more common in men than women. Now it is only twice as common.”

Both Cancer Research UK and the National Institute for Clinical Excellence provide guidance for dentists on when to refer patients with oral symptoms suggestive of cancer.

Any patient presenting with unexplained red and white patches (including suspected lichen planus) of the oral mucosa that are painful or swollen or bleeding should be referred urgently but if lichen planus is confirmed the patient can be monitored for oral cancer as part of routine dental examination. NICE further recommends that: “In patients with unexplained ulceration of the oral mucosa or mass persisting for more than three weeks, an urgent referral should be made.”

Following accepted clinical guidelines and documenting this adherence will both help ensure the welfare of your patients and protect your professional standing should a missed or delayed diagnosis lead to a claim for damages.

MDDUS Head of Dental Division Mr Aubrey Craig says: “Dentists have a duty of care to their patients to carry out a regular screening of the oral mucosa. Any abnormalities should be recorded, the patient informed and onward referral made for appropriate investigation. Practitioners may find a small gauze square useful in manipulating the patient’s tongue to assist with visualisation of the posterior areas. Dentists are uniquely placed to diagnose problems as they see their patients on a regular basis.”

To the list of known risk factors for oral cancer one might also add ignorance. Dr Nigel Carter says: “While awareness of cancer in general has increased rapidly in recent years, we are still faced with the problem of a lack of awareness of mouth cancer. Around one in four people have never heard of the condition according to our surveys and less than half can name the risk factors correctly.”

The BDHF suggest various ways that dentists can help raise awareness. Most important is to discuss the risk factors and symptoms with every patient and carry out a full mouth examination. Other ideas that practices might consider include creating a display with posters and leaflets or offering an afternoon of free mouth cancer examinations to patients and local community groups. Ensure also that your staff, including receptionists, nurses and hygienists, are fully aware of the risk factors and able to sensibly advise patients worried about oral symptoms.

Some timely advice could make all the difference. 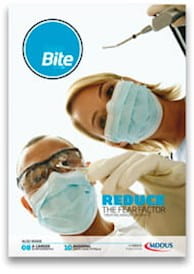