FEW THINGS are more gratifying than having a cherished preconception confirmed by hard (well, hard-ish) evidence. Diary can now officially report that young professionals today are basically “soft”. In a survey of more than 3,000 UK workers, 55 per cent of those over the age of 55 revealed they had not taken a sick day in the last year compared to less than a third of under-30s. These are the findings of research commissioned by a well-known brand of probiotic multivitamin. The survey also found that employees under 30 were "far more likely" to take time off because of stress, tiredness or feeling run-down than the over 55s, who said they would not call in sick unless “bedridden”. Younger workers were also more likely to suffer from flu, allergies and food intolerances. Acceptable reasons cited for curling up on the couch under a blanket with the TV remote included constipation and car sickness. Under 30s also drink more, sleep less, eat a more unhealthy diet than people twice their age – and no doubt have much more fun.

SOME PARACETAMOL AND BOX SET OF FRIENDS Curling up with the remote might not be such a bad idea if you are genuinely suffering. Research recently published in the Proceedings of the Royal Society found that our pain threshold is higher after watching funny videos. In a study at Oxford University, volunteers were split into two groups with one shown 15 minutes of comedy and the other more “boring” material such as golfing programmes. They found the subjects watching the comedy videos were able to withstand 10 per cent more pain whereas the group stuck with the boring stuff was less able to bear pain. Slapstick comedy such as Mr Bean worked best though situation comedies such as Friends were also effective. Lead researcher Professor Robin Dunbar of Oxford University believes that uncontrollable laughter releases endorphins which generate mild euphoria but also dull pain.

AND CHOCOLATE TOO Research published in the BMJ suggests that eating chocolate might actually do you good. A few longitudinal studies looking into chocolate consumption suggest that it is associated with a “substantial reduction in the risk of cardiometabolic disorders”. Academics think this might be due to the high level of polyphenols in cocoa which could increase the bioavailability of nitric oxide and improve endothelial function. Sadly the study does not go as far as recommending a chocolate free-for-all as it concludes that “further experimental studies are required to confirm a potentially beneficial effect of chocolate consumption.”

BREAST IS BEST From heart-healthy chocolate to the less appetising human breast milk ice cream. It seems that plans by London shop The Icecreamists to sell the unorthodox frozen delicacy – which costs £14 a scoop – may have hit a health and safety snag. Just weeks after it was launched, officials have moved to ban the sale of the snack following customer complaints. Fears were raised that a foodstuff made from another person’s bodily fluid might pass on viruses, although owner Matt O’Connor said the ice cream was perfectly safe and had proved popular with customers.

OH THE IRONY Straight from the file marked “misguided good intentions” comes this fundraising campaign by a fast food restaurant. A KFC franchise in Utah is asking customers to support the fight against diabetes by purchasing an 800-calorie Mega Jug of sugary soft drinks, according to website theweek.com. For every $2.99 half-gallon drink it sells, the restaurant is promising to give $1 to the Juvenile Diabetes Research Foundation. The move has met with some criticism from anti-obesity activists but a JDRF spokesman pointed out that type 1 diabetes is not caused by diet or obesity. A fair point, but as any doctor knows, regularly downing a drink containing 56 spoonfuls of sugar may well set customers on the road to type 2 diabetes.

EXTREME MEASURES A GP practice recently had to call in the police to warn a patient that he had a life-threatening condition. Michael Spence, 64, from Essex hadn’t left a contact number with the practice but tests sent to the hospital showed he was at risk of a fatal stroke due to a suspected blood clot in his neck. Two officers duly chapped on his door and told him to phone the hospital immediately. They only left once he’d arranged to go to A&E for treatment. Mr Spence told the Daily Mail: “I’m sure I wouldn’t be here now if it hadn’t been for the GP, the wonderful team on Benfleet Ward and the policewomen.” Diary assumes dialling 999 to contact patients would not normally be the recommended approach.

PRESCRIPTION PUFFING Doctors in Iceland could be thrust onto the frontline of the country’s anti-smoking campaign under a proposed new initiative. The parliament in Reykjavik is considering a proposal to ban the sale of cigarettes and make them a prescription- only product. Under the plan, cigs would be distributed by pharmacies only to people with a valid medical certificate. Only around 15 per cent of Icelanders smoke regularly, giving it the lowest smoking rates in Europe. But the plans are not expected to be accepted into law. Spare a thought for any poor doctor expected to stand between a smoker and their cigarette.

YAWN NOW Have you ever wondered if tortoises also suffer from contagious yawning? Well cease wondering – the answer is no! Dr Anna Wilkinson of the University of Lincoln has won the 2011 Ig Nobel in physiology after spending six months training a red-footed tortoise called Alexandra to yawn on command – this in order to test if other tortoises would yawn in response. The Ig Nobel awards given at Harvard University are a spoof on the Nobel awards and honour achievements that “first make people laugh, and then make them think”. And then laugh again louder. Apparently yawning has to do with empathy or understanding the emotional state of another individual which seems to be a product of higher-level consciousness….. Sorry just off now for a short kip. 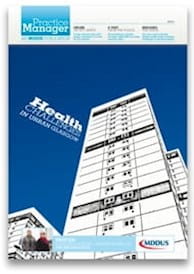