MOST OF US will have experienced that horrible feeling in the pit of the stomach upon hearing that a complaint has been made against the practice – and if not yet there is every chance that at some point in your career it will happen. However, viewed positively, complaints can lead to improvement.

NOT A HAPPY SITUATION

Anger is a common emotion at the first signs of a complaint – be it verbal or in writing. It is natural to want to ignore it or tear up the letter and throw it away. But perhaps the best advice to heed when faced with a complaint is to avoid being overly defensive. Try to focus on the best result which is a quick but fair resolution.

Someone not directly involved should be the main contact with a complaining patient. Usually, the best person to take on this difficult task is the practice manger, unless of course he or she is the subject of the complaint.

Everyone who has had contact with the patient should be asked to make a written statement as soon as possible regarding the incident. This can and should rely on the notes. Hopefully, the incident will not be so far in the past that staff have forgotten the details. If they have forgotten, then any notes made at the time will be useful and comments like "in these circumstances I normally do..." can help when an investigation gets underway.

The person dealing with the grievance should contact the complainant by phone or failing that by post. They should explain that the complaint will be investigated by someone who, as far as possible, was not involved in the case, although it will probably still be someone in the practice. They should also offer to meet the complainant to discuss the case and try and resolve it at that stage.

They should confirm that the initial investigation will be in the complainant’s hands within a specified period (see national regulations for precise timescales). Early contact and a speedy response can often help resolve complaints quickly; for this to be successful, the complainant must realise that the practice is taking them and their complaint seriously.

The main investigation and the letter explaining the practice’s actions should be led by either the practice manager or another partner. The individual named in the complaint should not write to the complainant other than in exceptional circumstances and nothing should leave the surgery until it has been checked by another member of staff.

The practice should consider that the complaint is made against the team not just the named individual.

The investigation, like an SEA (significant event analysis), should be broad and far reaching. It is important to consider the reasons for everything that happened, including systems and processes within the practice, and not just the clinical aspects of the case. Sometimes the cause of an error or mistake can be found in the way the practice infrastructure is organised (e.g. the repeat prescription system or at what time the records from the OOH service are incorporated in the notes).

Good contemporaneous notes are the cornerstone of any investigation. The notes made by the doctor at the time are more likely to reflect the real events, as they will have been written before the complaint was laid and without the benefit of hindsight. Your IT person can help here because computer notes make it crystal clear who wrote what when.

Anyone looking at the notes in the course of investigating a complaint will rely on what was written on the date of the original contact as being the strongest evidence for a doctor taking or recommending a particular course of action. Full and accurate contemporaneous notes, especially computer-recorded notes, are therefore vitally important. Almost every other aspect of the complaint will be written some time after the contact or consultation leading to the complaint, when time and hindsight may have affected memory of the incident.

All organisations stress the importance of good notes – and this cannot be emphasised enough. Many complaints come down to the differences in memory of the parties to a particular incident, so the quality of practice notes is critical.

Once the facts of the case have been described then the investigator needs to come to some conclusion as to the validity of the complaint and the reasons for the actions taken by the practice. If something has gone wrong then it is important to be open about it.

Even complaints where there have been no errors can be useful as a way of improving the practice both in terms of processes and systems and in clinical skills. So a practice meeting should be held to present all the facts pertinent to the complaint as discovered by the investigator. The format and rules of an SEA should be used. This should be written up and consideration given as to whether it should be shown to the complainant.

Identifying individual learning needs and discussing the complaint with an appraiser are valuable ongoing educational tools. The practice may need to organise a specific educational event for all its members, and a review date with perhaps a built-in audit should be incorporated in any plan.

It is important in any written response to a complainant to stress that the practice has taken the complaint seriously, that it is willing to apologise and that it has made plans to change its procedures and systems to try and avoid a repetition of the incident. Showing how the practice has responded to the complaint can be important in rebuilding the relationship with the patient.

This will involve further investigation but even if the complaint is upheld, the Ombudsman will look favourably on steps that the practice has already taken in response to the initial complaint. So it is worth noting the tips in the box below for successfully handling complaints.

And finally, remember complaints are sources for learning and can be used to improve your knowledge and skills and to better your practice.

Dr Sandy McKendrick is a retired GP and part-time adviser to the Scottish Public Services Ombudsman (SPSO). The SPSO is the final stage for complaints about the NHS in Scotland 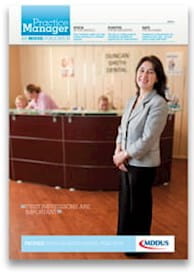