Are plans to abolish practice boundaries practical and achievable?

MODERN consumers are used to being able to pick and choose whichever service they want based on what suits them best.

If your hairdresser gives you a bad cut, then you can easily try another salon. Or if there’s a pub close to your work you might decide to go there on a Friday night rather than one near your home.

It now seems this level of consumer choice has reached general practice. The previous Labour government announced plans last September to abolish practice boundaries in England by October 2010, giving patients the right to register with whichever GP they choose. Commuters, for example, could register with a GP near their workplace rather than being restricted to a doctor close to home. And patients who were unhappy with their medical care would easily be able to switch to an alternative practice thatmay offer more or different services.

Even the newly formed Conservative- Liberal Democrat coalition government is unlikely to kill-off these plans. New health secretary Andrew Lansley made his feelings clear when he branded practice boundaries “a solid wall of defence against real choice” in a statement last June.

The Lib Dems also favour the policy, so the scrapping of practice boundaries looks almost inevitable. But the proposals have sparked considerable concern amongst healthcare leaders, GPs and practice managers.

This is despite former health secretary Andy Burnham putting forward a strong argument in favour of the changes when he launched a 12-week consultation on the proposals in March, entitled Your choice of GP Practice: A consultation on how to enable people to register with the GP practice of their choice. He acknowledged that the majority of patients are happy with their current GP practice but said a “significant minority” would like to change their GP.

Launching the consultation at Wandsworth Medical Centre, the former health secretary said "it is the right move at the right time". "We know that to make this work some changes will be needed, for example how we organise home visits for those people who choose to register with a practice further away from where they live."

His sentiments were echoed by Wandsworth Medical Centre’s managing partner Dr Seth Rankin who said many patients would "really appreciate" having a greater choice of GP services. He added: "If the problems of home visiting patients living long distances away can be worked out, it is an exciting new challenge for general practice which we look forward to."

Mr Burnham and Dr Rankin’s views, while positive, touch on just one of the numerous areas of concern raised by groups including the British Medical Association’s GP committee, the RCGP and the NHS Alliance.

Many believe that abolishing boundaries would raise serious questions over funding arrangements, continuity of care when managing home visits, the risk of mismanagement and clinical error as well as the potential for health inequalities. Mr Burnham also admitted the boundary changes would likely increase pressure on A&E departments for patients who don’t understand how the new home visiting system works. There would also be a greater requirement for shared medical records for patients registered with a second, ‘distant’ GP practice. This underlines the need for improved IT systems and for the roll-out of the Summary Care Record scheme – due for completion in 2011 – to be a success.

The BMA set out its own proposals for altering boundaries in Reforming General Practice Boundaries published in January. It said removing practice boundaries could incur a "huge cost and upheaval" and offered a different solution, just short of completely free registration.

Dr Laurence Buckman, chairman of the BMA’s GP committee, said: "Complete free choice of registration is a good idea in principle. However, we don’t want it to come at the expense of continuity of care or for it to lead to increased risks for vulnerable patients and a widening of health inequalities."

The BMA called for current IT projects, such as the electronic patient record transfer projects, to be accelerated so GPs could have access to full patient records in order to make safe clinical decisions. They highlighted the risk of widening health inequalities which could happen if some patients were unable to travel to practices further away while others can.

Systems would need to be put in place, the BMA said, to monitor "at risk" patients who are regularly re-registered at practices beyond their social services boundary and funding arrangements for GP practices would have to be reformed to ensure all practices were treated fairly. The BMA also called for more help for popular practices who are pushed to full capacity to improve premises to meet patient demand.

They have suggested a series of "local solutions" that would accompany a national change in the current "temporary resident" arrangements. They propose widening practice boundaries in urban areas, making more use of technology such as webcams and videophones for consultations and allowing patients who move outside a practice boundary to stay with their GP.

RCGP chairman Professor Steve Field has been less supportive, spelling out his concerns over the proposals in press reports last November. He said the college was "open to discussions" on how to resolve the issue of patient access but said: "I do not support the abolition of practice lists or practice boundaries." He added: "It would be crazy – if you don’t have a boundary, how can you be a leader in a local community?"

OPPOSITION WITHIN THE PROFESSION

Echoing these concerns, more than two-thirds (68 per cent) of managers and clinicians from GP practices and PCTs said they were against extending practice boundaries, according to a poll conducted by NHS Alliance. The survey also found that 77 per cent of the 47 respondents believe more funding would be required if boundaries were extended. And a resounding 91 per cent said that practice catchment areas should continue to be used to identify patients for whom the practice has a duty to provide home visits.

Michael Dixon, NHS Alliance chairman, said: "Abolishing practice boundaries altogether... could lead to some practices having to close their lists for local patients and, for those who can register with local practices, there could be a danger that personal care and continuity for those that most need it – the elderly, the long-term ill and the very sick – is fractured."

General manager Lizzie Page from Brookside Group Practice near Reading (see p. 8) said removing practice boundaries posed a "real problem for continuity of care". She said: "If patients are registered a distance away and their practice is unable to visit them at home, then it would fragment their primary care services. This is particularly worrying for terminal care patients." There are other difficulties she adds: "Doctors already get called out in the middle of surgeries, so how can they go out with a waiting room full of patients and then return in reasonable time if your practice boundaries are not fairly curtailed?"

The government’s preferred option is for practices to retain responsibility for home visiting for local patients, but for PCTs to take on responsibility for home visits for patients who register further away from home. Other options include making practices responsible for arranging home visits for all patients on their list, regardless of where they live, or allowing people to register with two practices, although this option is likely to prove too costly.

The DoH has offered its reassurance by saying that practices pushed to capacity could be given extra cash to expand their premises. It also insisted that scrapping boundaries "should not have an adverse impact" on commuter-belt practices who may lose patients following the change. But the DoH also said the GP funding system means that "the funding associated with patients leaving the practice would follow them to their new practice".

It remains to be seen what unique view the new government will take on the proposals and their possible implementation. 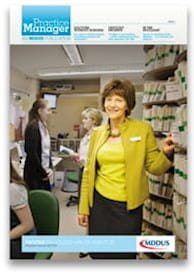