THOUSANDS of people owe their lives and millions more owe their health to a piece of legislation which celebrated its 35th birthday this year.

These achievements are even more remarkable given that the workforce grew over that period by more than 25 per cent to around 30 million people. While the improvement partly reflects the changing nature of work since the 1970s, including the dramatic reductions in coal mining, shipbuilding, manufacturing and heavy industry, official estimates suggest that around half of the lives saved and injuries prevented are down to better health and safety practices.

The Act stemmed from the 1972 Robens Report which called for a complete overhaul of health and safety law. The new framework placed responsibility on businesses to identify and reduce risks to their workforces. The need for a fresh approach was underlined by the enormous explosion in June 1974 – weeks before the Act came into force – at a chemical plant in Flixborough, Lincolnshire, in which 28 people died and a further 36 were seriously injured.

But legislation alone cannot prevent every accident; there have been several subsequent work-related disasters. Among those best remembered are the Moorgate tube crash in 1975 which left 43 dead, the 1988 Piper Alpha explosion in which 167 people died and the Stockline plastics factory explosion in Glasgow in 2004 which caused nine fatalities and 33 major injuries. The real impact of the improved regime post-1974 is almost invisible: the media don’t report accidents that didn’t happen, and fatalities that didn’t occur.

Robens’ aspiration of a massive reduction in legislation has not been realised although the law itself is now simpler. But his other goal of creating a legal framework setting out broad requirements and the principles of how safety should be achieved by managing risks has become a reality. Risk assessment and control is now at the heart of health and safety. Every employer with five or more employees is legally obliged to have a written health and safety policy. That policy should identify who is responsible for the health and safety of the workforce and the arrangements that have been put in place to ensure this.

A typical policy will include a number of risk assessments addressing each hazard that staff are likely to encounter and safe working practices to be followed to keep the risk of accidents as low as possible. Where necessary, training arrangements will be included and these should be supported by written records of staff training. The effectiveness of the policy should be tested regularly by an Law At Work is MDDUS preferred supplier of employment law and health and safety services. For more information and contact details please visit www.lawatwork.co.uk auditing process and whenever weaknesses are discovered, a plan should be prepared to address them.

But even an excellent policy will not prevent occasional accidents and dangerous incidents. When one occurs, depending on how serious it is, it should be reported to the authorities if necessary and investigated as thoroughly as possible to find out what caused it. Lessons learned should be disseminated throughout the workforce and the policy adapted if necessary to minimise the risk of recurrence.

In retrospect, Robens’ recommendations look like common sense and one wonders how it was that a system had emerged prior to his report comprising 30 major Acts of Parliament and more than 500 sets of Regulations. But if you think the position was, or still is, complicated in the UK, have pity on US employers who were at one point subject to no fewer than 140 sets of regulations about wooden ladders alone, including one which specified the grain of wood. At one point the US designated bricks as toxic substances and employers were required to advise staff how to recognise a brick and notify them of a brick’s boiling point (above 3,500 degrees Fahrenheit in case you’re interested).

Law At Work is MDDUS preferred supplier of employment law and health and safety services. 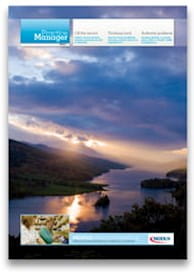