Head of illegal practice prosecutions at the General Dental Council, Shareen Larmour, discusses the latest developments in the regulation of tooth whitening

THERE has been a lot of press coverage about tooth whitening in the last 12 months, some of it positive and some of it just plain wrong. I would like to state from the outset that the GDC’s stance remains the same: tooth whitening may only lawfully be provided by those who are registered dental professionals.

Whether or not it is appropriate for any particular dental professional to be involved in tooth whitening is set out in our Scope of practice document. The GDC currently states:

Any registrant who undertakes work for which they are not sufficiently trained and competent risks fitness to practise proceedings, which may affect their registration.

Ethical issues arise in treating patients, whatever the legal position. GDC registrants must:

These and similar issues can arise in connection with any dental treatment proposed or carried out, including treatment designed to improve the appearance such as tooth whitening. They apply whether the registrant personally delivers the treatment or gives advice to patients about the use of home kits. It is open to patients to complain to the GDC about these matters, as with any form of care or treatment.

I think it’s worth pointing out that the GDC has been reviewing its Scope of practice document this year. The guidance was first published in January 2009 and clearly sets out the skills and abilities that each registrant group should have, as well as listing the additional skills registrants may develop after registration.

In the introductory section of the guidance it states that the lists will be reviewed regularly to ensure that they are still relevant to the dental team and that is exactly what we’re doing. All the feedback we’ve received this year, including any views regarding tooth whitening, will feed into the development of the formal consultation that we’ll be running in the coming months.

The Scope of Practice Working Group met in October this year and will present proposed changes to the document to Council at its meeting in December. We will then run a consultation on the proposed changes – probably running through until March 2012. The group will then meet again at the end of March to consider the research, evidence and feedback and make any final changes. The document will then finally be proposed to Council in May and hopefully approved at that meeting.

The GDC’s new Scope of practice document is likely to be published next year and it’s possible some of the currently listed duties for each of our registrant groups will change.

So what’s changed in the ever-growing tooth whitening industry this year?

Paul William Hill, 48, of Warrington, Director of PW Healthcare Consulting Limited, pleaded guilty to four offences including practising dentistry while not registered as a dentist or dental care professional between 2 October 2010 and 11 March 2011.

Following on from the success of the prosecution, we launched a new publication entitled Considering tooth whitening? in which we warn the public against tooth whitening conducted illegally by unregulated people. In the leaflet we advise patients to always visit a dentist before having tooth whitening so the dentist can assess whether the treatment would be right for them. In addition we suggest they speak to other patients, get a second opinion and always ask for a written treatment plan and price estimate.

We also advise them to carry out their own research and ask some basic questions. For example:

You can help us to spread the word by putting copies of the leaflet in your waiting rooms. Copies can be downloaded here.

We were also pleased to find that in the results of some research carried out on our behalf, 8 out of 10 people would choose to have tooth whitening done at a dental surgery and think it should only be carried out by registered, trained and qualified dental professionals. Seventy five per cent of the people who took part in the survey also said they thought the GDC should prosecute anyone carrying out tooth whitening illegally.

And finally in September 2011, the GDC welcomed the Council of the European Union’s decision to amend Directive 76/768/EEC, which relates to the percentages of hydrogen peroxide used in tooth whitening or bleaching products (see below).

All of the GDC’s registrants have a responsibility to “maintain their professional knowledge and competence” as explained in our Standards for Dental Professionals document. Standard 5.4 states: “Find out about laws and regulations which affect your work, premises, equipment and business and follow them.”

THE European Council reached an agreement in September 2011 over the use of tooth whitening products by dentists. It was agreed that regulations would be put in place stating that products containing or releasing more than 0.1 per cent hydrogen peroxide cannot be provided directly to the consumer.

Whitening products between 0.1 and 6 per cent hydrogen peroxide will only be available to patients following an examination and a first episode of treatment provided or supervised by a dentist. This is to ensure that patients are able to use products provided to them properly at home.

The move was welcomed by the British Dental Association who had campaigned for clarification on the rules governing tooth whitening by dentists.

Early in 2011, trading standards officers in Essex County Council launched a crackdown on the use of whitening products which temporarily restricted the supply of hydrogen peroxide-based products to dentists. An agreement was then reached in June 2011 when trading standards eased restrictions, allowing GDC registrants to use the products.

The European Council’s September agreement served to further clarify the issue for dental professionals. But the agreement did not change the official position on products containing more than 6 per cent hydrogen peroxide which remain illegal to use. 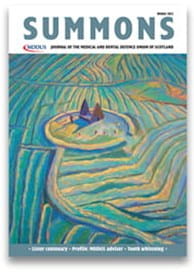