Law at Work: How were your holidays?

LAST YEAR Abigail, your practice nurse, came back from holiday with a tan – and a broken foot.

She had slipped in a rock pool in St Lucia on her second day and broken a metatarsal. She returned to the UK with her foot in plaster and was off for three further weeks, on top of her fortnight’s holiday – much of which had been spent in A&E and in the hotel room, with her foot up.

The practice decided to give her the two weeks’ annual leave back – as a goodwill gesture and purely at the partners’ discretion – because you felt sorry for her.

But in future, goodwill gestures may not be good enough. Staff who are ill while on holiday are set to gain the legal right to take that holiday at a later date following a landmark decision of the European Court of Justice (ECJ).

Vicente Pereda, a Spanish worker, fell ill before his scheduled annual holiday was due to start and did not recover and return to work until after his holiday would have ended. His request to reschedule his holiday was refused, and he challenged the decision in the Spanish courts. They referred his claim to the ECJ for their guidance, based on the EU Working Time Directive.

The European Court ruled that a worker who cannot take a scheduled holiday because of illness (or whose holiday is disrupted by sickness) is entitled to take the holiday at a later date, even if that means the holiday has to be taken in the next holiday year.

It seems certain that workers in this position, who try to exercise their right to apply for replacement holidays in the same holiday year, will succeed. However, the picture is less clear in respect of those who try to carry the ‘compensatory’ holidays into the next holiday year. Public sector workers can almost certainly enforce this right directly, without a change to UK legislation, but private sector workers may have to wait for the Working Time Regulations to be changed to take the ruling into account.

In any event, employers’ previous scope for discretion to ‘refund’ holiday in these cases is now more limited, as the employee can point to the Pereda case as foundation for their request to restore leave ‘prevented’ by sickness.

So future ‘Abigails’ might have a strong case for demanding ‘restoration’ of their holiday – as opposed to relying on the goodwill of the practice.

Business organisations have raised concerns that some staff may attempt to abuse this new right. It will be for employers to decide what evidence of illness they require – particularly where the claimed sickness has lasted for fewer than seven days, which would normally be subject of self-certification by the worker.

Thankfully, if a holidaymaker is hospitalised or given private medical treatment abroad (or even in their home country), they generally require some evidence of that treatment in order to claim on their holiday insurance. This may give employees an incentive to obtain evidence of the medical services they required while on holiday. Copies of this evidence can also be used to demonstrate to their employer that they are genuine in their claim for a ‘holiday refund’.

However, it would seem reasonable to ask employees in this position for something more substantial than their own statement – that they were ‘really sick while on holiday’ – before agreeing to reinstate their spoilt annual leave. It may therefore be sensible to amend any contractual or staff handbook guidance, for example in your sickness reporting and annual leave request procedures, to forewarn staff that some supporting evidence will be required before holidays will be restored in these situations.

In any event, you might reasonably take a slightly tougher line with staff whose enjoyment of their holiday in Malia was spoilt by serial over-indulgence and substance abuse! 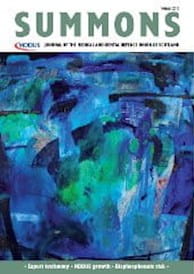 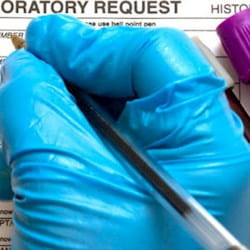