She was born Lilian Murray on July 24, 1871 in Holloway, north London, where she lived with her four brothers and six sisters. It was a time when male dentists were largely against women joining the profession, and while the 1871 census shows there were 116 women dentists, none held a Licence in Dental Surgery (LDS).

But breaking down barriers was something at which Lilian would eventually become quite expert, as she went on to realise her dream and become one of UK dentistry’s leading lights. Her pioneering spirit inspired her to learn four languages and become a celebrated dental historian and respected, award-winning scholar. She was also the first female president of the British Dental Association.

Lilian knew from an early age the career she wanted to follow. She went to Camden School for Girls, founded by Frances Mary Buss, then won a two-year scholarship to the more expensive North London Collegiate School. Lilian clashed with the formidable Miss Buss who was determined her pupil should teach deaf and dumb people. Lilian disagreed and an annoyed Buss ensured she did not get the promised scholarship, so Lilian left the school.

She took up a three-year dental apprenticeship but wanted more and registered as a dental student. She applied to the National Dental Hospital in Great Portland Street, London, but the dean, Henry Weiss, refused to let her in the door for fear of distracting the male students. Lilian had to remain on the street while he leaned out of the window to interview her before refusing admission as a student.

Weiss tried to offer Lilian some guidance and advised against applying to the Dental Hospital of London as the English surgical college did not allow women to enter its examinations. Knowing that entry to the professions for women was more advanced in Scotland than in England he suggested she contact the Edinburgh Dental Hospital and School. To her delight Lilian was accepted by the dean, W Bowman MacLeod, although some staff were unhappy about accepting a woman into the profession. Sir Henry Littlejohn said: “I am afraid, Madam, you are taking the bread out of some poor fellow’s mouth.”

She was the only female student at the time but Lilian excelled, earning the Wilson medal for dental surgery and pathology and the medal for materia medica and therapeutics in 1894. In 1895 Lilian became the first qualified British woman dentist, gaining the LDS with honours from the Royal College of Surgeons of Edinburgh.

Prejudice against allowing women into dentistry persisted for another 13 years. The English college twice voted against proposals allowing women to sit its LDS examinations and the ban was finally lifted in 1908. Four years later, Lily Fanny Pain became the first female to gain the college’s LDS.

Lilian met her future husband, Robert, a fellow student, on her first day at the Edinburgh school but financial commitments forced Lilian to return to London to practise after she qualified. After clearing her debts a full 10 years later, they married in 1905 and practised together at 2 Brandon Street, Edinburgh.

Robert became secretary of the BDA in 1920 and the couple retired from practice and moved to a flat above its headquarters in London’s Russell Square. The association started a small library and Lilian became honorary librarian. In addition to books she collected dental ephemera which became the basis for the museum collection. Lilian recognised their potential contribution for recording dental history and shaping the future profession.

To pursue her interests in history and contemporary literature she taught herself French, German, Latin and some Anglo- Saxon old English. They enabled her to maintain contact with colleagues in many parts of the world and she collected articles and extracts of interest from magazines and newspapers.

After Robert died she became subeditor of the British Dental Journal in 1931. Her research led to many papers and lectures, the first to the Odonto- Chirurgical Society of Scotland in 1912. It was a further 12 years before her next paper but between 1925 and 1959 she published 57 papers plus many translations, letters, notes and annotations for the BDJ, at least 10 of major historical importance. All exhibit her scholarly approach and knowledge.

Lilian received awards and honours too numerous to report in full. In 1946, in Edinburgh, she became the first female president of the BDA, received the degree of Doctor of Laws (honoris causa) from its university and an honorary HDD from its Royal College of Surgeons. There followed a CBE and in 1959 the Edinburgh college awarded Lilian an honorary FDS.

The English surgical college also honoured her with the John Tomes Prize in 1945 and the Colyer Gold Medal in 1959. At the Royal Society of Medicine she was CE Wallis lecturer (1933), president of the odontological section (1945) and president of the history of medicine section (1950). In 1938 Lilian also became president of the British Society for the Study of Orthodontics. 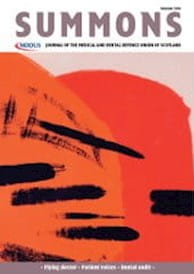