FIVE years have elapsed since I escaped the rigors of consultant surgical practice to the relative calm waters of the work of a medico-legal adviser for MDDUS. The Memorandum and Articles of Association of the Union states: “The objects for which the Company is established are: to promote honourable and high standards of medical and dental practice”.

With this object in mind I recently began to wonder what was happening in the world of frontline medicine. A visit to a “real hospital” to see proper medicine and dentistry being practised seemed like a good idea. But where to go?

After some discussion with a practising consultant surgeon and long-standing friend, I made the decision to visit the Duncan Hospital in Bihar, North India – one of the poorest places in the world. My friend had been there a number of times before and knew the setup well. The Duncan was built on the border with Nepal by a Scottish Christian missionary surgeon in 1930 with the object of delivering an honourable and high standard of medical care to the poor and needy.

The advice obtained from those on the ground was to fly into Delhi and from there to take the train to the city of Raxaul. Another option was to fly into Katmandu and take a taxi from there to the Duncan but local political activity appeared to make this option presently unsafe. A particular advantage of the Delhi route was that a visit to the famous Taj Mahal would be feasible. This settled the matter for all four members of the visiting party.

The opportunity to take some much needed medical equipment for the use of the staff at the hospital could not be overlooked. What happened thereafter was truly remarkable! Once word got out that the visit was planned, the number of ‘ordinary’ people who came forward with gifts of money, blankets, kids’ clothing, etc was truly moving. Hospital staff offered so much surplus medical equipment that flight weight restrictions made it impossible to take everything. This, of course, necessitated having to make some very difficult decisions as to what would have to be left behind based on the priorities of need in Bihar.

I wondered how the staff of MDDUS would react to this visit. Would working in an environment where doctors constantly require assistance for claims, complaints, disciplinary hearings and GMC matters bring about cynicism to the extent that they wouldn’t show much interest? I could not have been more wrong.

A coffee morning was organised with all kinds of truly magnificent home baking for sale. Most of the staff who were able to attend did so, with the result that a very handsome sum of money was raised for the hospital.

The trip to the Duncan was not an easy one. The flight via Amsterdam took off at 0555 and we finally landed in Delhi at 2330 local time. By the time we got to the hotel it was well into the small hours of the morning. This was followed by a 25-hour journey by train to Raxaul, leaving Delhi the following afternoon.

Bihar was a fascinating mixture – a beautiful landscape but one of contrasting sights and smells, flies crawling over raw meat for sale, people urinating and defecating in road-side fields, uncontrollable traffic chaos, child labour, animal cruelty, and all against a background of grinding life-long poverty unlike anything I have seen before.

The hospital compound turned out to be a ‘haven of rest’ in the midst of this chaos. The staff – from the cleaners to nursing to medical personnel – were kind, friendly, hospitable and dedicated to the task of caring for the destitute, the poor, the blind, the sick and the helpless newborns and their mothers. They had insufficient equipment to do the job fully. Yet the respect and dignity with which they treated suffering humanity was breathtaking to observe. Many of the medical, nursing and dental staff had made considerable sacrifices to work in the Duncan when they could easily have enjoyed the luxury of practising elsewhere in some of the thriving cities of India. It was truly humbling to see such vocational dedication!

What was even more interesting was their vision for a new hospital as the old buildings are getting to the stage where they are becoming unsafe. They have begun construction on a new mother and child hospital (MCH) unit which is near completion. However, the building has come to a sudden and unexpected halt due to lack of finance because of the economic downturn. The world is truly a small place! Still they wait and expect God to work a miracle and believe that money will be donated to complete the task.

Not that the Duncan is without critics; I suppose human nature is the same the world over. Some patients, admittedly very much in the minority, choose to complain about the treatment they receive, often at no cost to themselves. Still, despite the setbacks, the staff, mostly indigenous Indians but supplemented by volunteers from the West, carry on doggedly delivering the best possible care under very trying circumstances.

The visit was all too short and after a trying return journey, we landed safely back home in the UK. However, the Duncan will always have a warm place in all our hearts. We received a great deal more than the little we were privileged to give!

Some people thought that it would be very mundane for me to return to the day job after my visit to Bihar. And in some ways this is, of course, inevitable. However, I reminded myself that it was the mundane job that funded the visit and you can’t give what you don’t have!

Duncan Hospital is part of the Emmanuel Healthcare charity – http://www.emms.org/ 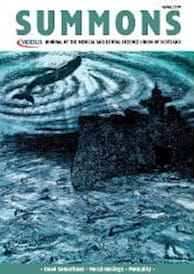