At the same time, numerous physicians, unable to afford coverage even when it was available, opted to limit the scope of their practice – or stopped practising entirely. In rural areas of the country, some physician specialties, such as obstetricians, became vanishing species. Then, in 1974, physicians in several states decided to take matters into their own hands. Largely through their state medical associations, these doctors began to create and fund their own MPLI companies. Most of the fledgling companies were set up as mutual or reciprocal insurers; the doctors themselves had a stake in the operations of the companies.

These new structures, wherein physicians and insurance professionals focused together on the key elements of operating a medical professional liability insurance carrier (claims, risk management, underwriting and finance), provided important new benefits for the physicians they insured. The companies pledged to provide a vigorous defence for their insureds; commercial carriers were often willing to settle MPLI claims for economic reasons, even in the face of frivolous lawsuits. Also, as claims began to come in, the physicians who worked with these companies began to identify common themes in the causes of medical mishaps. The physician-owned companies used this information to develop new riskabatement programmes for their policyholders.

A place to call their own

Domiciled in the individual states, these new “bedpan mutuals” (as commercial carriers sarcastically dubbed them) realised their need for a central forum, an organisation that would make possible an exchange of information and new solutions to common problems. From this realisation came the Physician Insurers Association of America (PIAA), established in 1977. At present, the PIAA has 56 domestic insurance company members in states throughout the USA, and 13 international companies (including the MDDUS) throughout the world.

The PIAA is the voice of medical liability insurers owned and/or operated by the entities they insure. As an industry association, the PIAA’s member companies insure the majority of all doctors in the United States, as well as dentists, hospitals and other healthcare providers. In fact, the PIAA represents 775,000 healthcare providers around the world. In October 2008, the organisation will hold its fifth International Conference, where more than 250 delegates from across the globe will meet in Paris to discuss the globalisation of healthcare and liability risk.

Today’s PIAA is comprised of insurer and non-insurer members – both groups providing services essential to the practice and advancement of medicine. Insurer members are mainly mutual and reciprocal companies owned by the doctors they underwrite, and physician-governed companies that have become publicly traded. Non-insurer members of the PIAA range from research and actuarial firms to information technology consultants and reinsurance companies and intermediaries.

The PIAA’s activities address a wide variety of material developments that can affect the operations of its member companies. Under this direction come the PIAA’s programmes for research, patient safety and advocacy for favourable reforms in laws and regulations, at federal- and statelevel government. In addition, as a provider of continuing education for physicians, dentists, nurses and those in the field of accounting, the PIAA holds a variety of meetings each year focused on operational areas within a medical professional liability insurance carrier, as well as on patient safety and general medical liability issues. PIAA member companies have access to valuable research, continuing education programmes and networking resources to help them achieve their operational goals. The PIAA’s services bolster its members’ efforts to establish and improve risk management procedures, underwriting practices and advocacy plans.

Housed within the PIAA is its Data Sharing Project, begun in 1985, which now stores detailed data on more than 240,000 medical claims and suits submitted by its member companies. The sheer size of this database conveys statistical power revealing both major and minor factors that may be involved in medical mishaps. The outcome from analysis of the data is information that serves as the basis for patient safety and risk-abatement recommendations that help physicians advance the safe practice of medicine.

The PIAA’s reputation for providing unbiased facts and serving as a consistent voice for the medical liability industry has made it a trusted source for medical malpractice claims data and insight on industry trends. Government agencies and officials, media outlets, medical liability insurers, medical schools, private healthcare organisations and other members of the healthcare community have benefited over the years from the PIAA’s research and counsel.

After the hard times of the 1970s, physicians emerged with two paramount concerns about medical professional liability insurance: affordability and assurance of ongoing coverage, despite the ups and downs inherent in operating any insurance company. The PIAA and its member companies have responded, with constant attention and measured response, to the vagaries of the financial and insurance markets. Companies that are members of the PIAA and adhere to its “philosophy” create business plans, monitor claims, set underwriting standards and determine the best approach for allocating company assets. They do all this while operating at the lowest possible cost. In the majority of carriers within the PIAA structure, any money acquired in premiums that is not needed for operating the company or paying legal claims may be returned to the individual policyholder, as a dividend.

PIAA companies provide occurrence form and claims-made form coverage. But the trend is to claims-made coverage. Coverage against potential claims is only one element of the insurance provided to physicians by PIAA member companies, however. They typically offer a full suite of services, which may include education and risk management, risk assessment of individual practices, legislative advocacy and legal and consultative services, in the event a claim should arise.

Risk management services for physicians concentrate on areas of practice that frequently serve as the impetus for claims: medical records documentation, tracking of patients for recall or follow-up, diagnosis or treatment by telephone, prescription refills, laboratory results and referrals to other physicians.

When claims occur, despite all efforts at risk mitigation, policyholders immediately contact their insurer, which collaborates with them from the opening phase of discovery, right through to final settlement or verdict.

Larry Smarr is president of the Physician Insurers Association of America 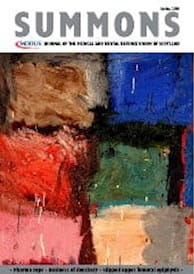