THE link between smoking and lung cancer had long been suspected before Sir Richard Doll conclusively proved it in a landmark study published in 1954.

The discovery had an enormous impact on public health policy, prompting the first statements against smoking by UK government officials.

But this achievement may not have been realised had Doll pursued his first intended career. The son of a physician and a concert pianist, he was a natural mathematician. It was only his failure to secure a mathematics scholarship that led him to instead pursue medicine. He went on to combine both his mathematical and medical skills by developing a keen statistical approach to public health problems, becoming the doyen of 20th century epidemiology.

Doll was born into a privileged background and raised in Knightsbridge, but his experiences as a medical student in London during the depression made him acutely aware of the links between poverty and disease. He joined the Communist Party and participated in the Jarrow March in 1936. He later recalled witnessing one of the marchers take the ham from a sandwich and put it in an envelope to send home to his starving family. Such experiences undoubtedly shaped his attitudes, and he was to spend half his life as a Communist and the remainder committed to social change as a means to prevent ill health and premature death.

Although he made many contributions, he is best remembered for his lung cancer research. From the 1920s there had been an upsurge in the number of such cancers and by the 1940s the UK had the highest rates in the world. A variety of reasons were proposed for this including increased toxic exhaust from cars, improved diagnosis rates and even the tarring of roads—the latter initially favoured by Doll himself. To unravel this, Doll, working with the eminent statistician Austin Bradford Hill, conducted a retrospective case-control study. This showed a strong statistical association between smoking and lung cancer, but whether this was a causal association remained open to dispute. Such retrospective studies are vulnerable to many possible biases— systematic problems that may distort the results. To overcome these, Doll and Hill took the next step, and decided to replicate and validate their findings prospectively.

In 1951, they designed and conducted the British Doctors Study—a prospective study of the health effects of smoking in more than 40,000 physicians specifically designed to rule out the issue of recall bias. By 1954 this study confirmed conclusively the excess of lung cancer among smokers reported earlier. Remarkably, Doll continued the study of his cohort of physicians and published a 50-year follow-up in 2001. This further confirmed the link between smoking and lung cancer and showed that prolonged cigarette smoking from early adult life tripled age specific mortality rates, but stopping at age 50 halved the hazard, and stopping at age 30 avoided almost all of it.

Thus, Doll was a pioneer of the prospective case-control study, which has become an important tool in modern medicine and his work remains an inspiring example of what can be achieved through the rigorous application of statistics to medicine. Among his many awards and honours, Doll was made a fellow of the Royal Society in 1966 and knighted in 1971.

However, remarkable as it was, Doll’s life was not without controversy.

After his death scrutiny of his papers, now held in the Wellcome Library in London, revealed that he had been the recipient of generous personal funding in the form of paid consultancies from various industries— the same industries he had often defended in public and in the courtroom. His former colleagues have been quick to dismiss these claims as smears, but no one has said they are inaccurate. What is contentious is whether such financial associations might have influenced his findings. Those who worked most closely with him find this suggestion nothing short of repellent. Doll himself always claimed that one must work closely with industry to have ready access to the necessary data.

In this context, it is perhaps interesting that the Clinical Trial Services Unit, which is now housed in the Richard Doll Building at Oxford University, states that it has “a staff policy of not accepting honoraria or other payments from the pharmaceutical industry”. Times have changed, as have professional standards, and while it is tempting to judge past actions by today’s norms, it can also be misleading.

What is certain, however, is that it is difficult to overstate the importance of Doll’s identification of smoking as a causal factor in lung cancer. An increasingly common fatal disease quite suddenly became largely avoidable through smoking cessation. This has had far-reaching consequences for both public health, and has served as a model for studying the impact of other lifestyle factors on health.

As we consider legislating to place cigarettes out of sight in our shops and to place them in plain packaging to further discourage their use, we should not forget that the reason we know unequivocally that tobacco is harmful is because of the meticulous work of a physician who could count.

Doll once said that his ambition was “to be a valuable member of society”. Having almost singlehandedly saved millions of lives, he most assuredly achieved that. 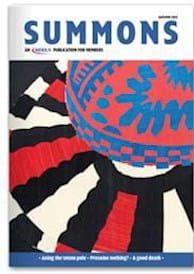