Medical negligence claims in sport are rare but can we keep individual risk low?

IN 2003, a relatively unknown Manchester United youth player named Benjamin Collett had his right leg broken in two places in a tackle by Gary Smith of Middlesbrough FC. The injury ended his career and later lead to a suit for damages against Smith and his club.

In the court case Sir Alex Ferguson would testify that Collett had an “outstanding chance” of becoming a full-time professional. Lawyers for the young player would contend that in his prime Collete would have earned more than £13,000 a week and could have played until the age of 35 in either of the top two divisions in England. On the basis of Collet’s earning potential the court award him £4.3m in damages.

In this case the liability for the injury was borne by an opposing player and his club but consider an alternative scenario where the negligent actions of a doctor had ended the player’s career. Would a court have ruled any differently?

To some doctors, sports medicine is the ultimate career – exciting, rewarding and glamorous. But it is also a profession where there is a constant need to mitigate the risk of something going wrong, not only to protect athletes but also to avoid the potentially severe financial implications should an adverse incident end in court.

The level of risk

Top football players in the English Premier league are believed to be earning over £100k per week and a few Scottish Premier League players may be earning over £30k per week. Transfer fees are regularly reported at well over £5m. The potential loss of earning is clearly very high and it is not just footballers that carry the risk.

One internet search ranked association football as sixth in the top ten highest paid worldwide sports. This would imply that doctors could be working with other sports professionals who are more highly paid than footballers, for example boxers and formula one racing drivers. However, the overall frequency and volume of medical treatment in these sports is likely to be much lower and UK association football remains the predominant sport in terms of medico-legal risk in both likelihood and impact.

There have been a few well-publicised cases. In 2008 lawyers for former footballer Brian Welsh negotiated a “substantial sum” after a negligence claim against a club doctor at Hibernian FC. Welsh was given a steroid injection by the doctor when he suffered pain during a game in 1998. He alleged that the injection into his left Achilles tendon caused injury that effectively ended his career in football. The case was settled without the doctor admitting liability.

Doctors working with top professional footballers face a clear risk of major medical negligence settlement costs. This is not something that MDDUS as an organisation can ignore and it is only sensible that we limit the exposure of our membership to very large claims. Our policy is that we do not indemnify doctors who are currently employed full-time by the English Premiership, English Championship and the Scottish Premier League (non-indemnity membership is still available).

Such a policy does not mean that MDDUS is averse to doctors working with other athletes. But we do encourage sports doctors to obtain appropriate training or a recognised qualification related to working with sports professionals and amateurs. A number of sports medicine courses are run either in association with the Football Association (FA) in England or the Scottish Football Association (SFA) in Scotland.

One such course provider is REMO (Resuscitation and Emergency Management Onfield) which is based in England. It was established in 2001 when the British Olympic Association and the United Kingdom Association of Doctors in Sport commissioned the development of an immediate medical care and resuscitation course tailored specifically for doctors and physiotherapists working in sport. The first REMO course was piloted in 2002 for doctors working in Olympic sport and was the first of its kind developed specifically for medical staff covering elite teams.

REMO provides training for medical practitioners covering over 25 different sports ranging from judo to football to rowing. The focus is on initial assessment and emergency management of an injured or unwell athlete. Topics covered during the two-day course include airway management, basic and advanced life support, automated external defibrillation, spinal immobilisation, orthopaedic emergencies and management of head injuries and maxillofacial trauma. Each session begins with a detailed introductory lecture before a practical session with time for instruction and feedback.

Over 500 people have completed the REMO course and it is now a compulsory qualification for UK specialist trainees in sports and exercise medicine. REMO also runs a course specifically for healthcare staff working in professional football. AREA (Advanced Resuscitation and Emergency Aid) was commissioned by the Football Association in 2008 and the course has now become a mandatory qualification for all medical staff required to run on to the pitch to attend injured players in the Premier League.

REMO holds to the principle that course presenters should “only teach what they do” and all lecturers are specialists in their field. The course has been accredited with the Faculty of Sports and Exercise Medicine at the Royal College of Surgeons in Ireland and it is recognised for 11.5 CME points. It is currently under review for accreditation with the Faculty of Immediate Medical Care at The Royal College of Surgeons of Edinburgh.

MDDUS in Scotland has formed an association with SportPromote. This course provider based at Hampden Park in Glasgow also focuses on the management of the acutely injured or unwell athlete and is run by emergency medicine consultant Dr Jonny Gordon. All SportPromote faculty are consultants in their respective specialties including emergency medicine, cardiology, intensive care and maxillofacial surgery. The structure is similar to the REMO course, each topic being covered by a lecture followed with a practical session useful for both doctors and physiotherapists.

Topics covered include basic as well as advanced life support with key skills including airway management and safe defibrillation using automated external defibrillators. Emphasis is also placed on the immediate assessment and management of cervical spine injuries including immobilisation and safe extrication of the athlete from the pitch. There are also sessions on trauma management including head and facial injuries and other medical emergencies such as diabetes and seizures. Wound management and medical kit requirements are also covered.

Assessment for the course involves MCQs and a practical examination, and the course manuals are tailored for both doctors and physiotherapists. Successful completion of the course earns 9 CPD points from the Royal College of Surgeons of Edinburgh, and SportPromote is also CORAS approved for general practitioners by NHS Education in Scotland.

MDDUS is keen to endorse the SportPromote course as we view such training as a valuable risk management tool in helping to reduce potential claims related to sports injuries. See below for contact information for both SportPromote and REMO.

• SportPromote – further information can be found at www.sportpromote.co.uk or by contacting Dr Jonny Gordon at the Victoria Infirmary (jonny.gordon@ggc.scot.nhs.uk). 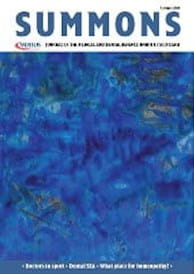