Law at Work - Someone may be watching

PRIVATE COMPUTER USE in the workplace has expanded beyond imagination from a few years ago and, although it may seem innocent enough, both employers and employees need to be worried about its impact.

Recent cases arising out of employers’ scrutiny of employees’ use of workplace computers for social networking, gambling, downloading pornography and harassment via email have highlighted that management monitoring of private use of work systems is alive and extensive.

Even offensive screensavers can get employees into trouble. William Hendry, a truck driver who had 18 years’ service with Renfrewshire Council, was given his marching orders after a digital photo of Shona MacDougall, the council’s director of environmental services, was doctored. The screensaver image of Ms MacDougall on a council computer was altered to give her a comedy goatee. But Mr Hendry’s managers failed to see the funny side and, after carrying out an investigation, they summoned him to a disciplinary hearing where he was sacked. He is taking the case to an employment tribunal.

A Somerset man was sacked earlier this month by supermarket Tesco after posting a comment on his Facebook page about his bosses. The 22-year-old man was suspended before being dismissed for gross misconduct. His comment allegedly included a "highly offensive" swear word. His case came shortly after a female worker hit the headlines when she was given the sack by her boss after she left a message on her Facebook profile calling him "pervy".

Meanwhile, electrical retailer Dixons is investigating staff alleged to have insulted customers via an unofficial Facebook group, "DSGi Employees", which says it is for people who work or have worked for the company and has around 3000 members. Posts referred to customers as ‘stupid’ and described derogatory shopfloor conversations.

The social networking craze is increasingly being clamped down on by employers. Earlier this month, Portsmouth City Council blocked staff from using Facebook after it discovered that they had spent 572 hours - the equivalent of 71 working days - on the site in just four weeks. There have been widespread reports of recruiting employers searching social networking sites before offering jobs to candidates. The gap between the applicant’s ‘work’ face and their ‘social’ face is sometimes alarming and there have been examples of employers changing their minds about hiring people after researching their web pages and finding boasts about drinking or taking drugs to excess and sexist or racist comments.

However, employers need to beware of using Big Brother techniques to vet or monitor employees’ online habits. Legislation prohibits intrusive monitoring of emails, computer use or phone calls by employers, unless there are reasonable grounds for suspicion that a criminal or gross misconduct offence has been committed. What’s more, it is possible that an unsuccessful candidate, who discovers that his sexuality or genuine (reasonable) beliefs have led to the withdrawal of a job offer, after digging online by the employer, may have a potential claim for discrimination against them.

Clearly, uninhibited private use of company systems cannot be tolerated by the management and a comprehensive and unequivocal computer use policy, communicated to all employees, is an essential starting point to ensure that no one can claim they don’t know where the boundaries lie. Whether the online activity is illegal or not, employers can reasonably expect that, during working hours at least, their staff are not ‘skiving off’ electronically. Disciplinary action simply about the volume of online private activity (let alone the content) is a common outcome in such situations, in our experience.

From an employee point of view, ‘photoshopping’ pranks like Mr Hendry’s won’t always lead to the sack. But you can be sure there is a fair chance they will come to light and might prove less funny than you initially thought. Although you may enjoy a reasonable expectation of privacy at work, using this as cover for excessive or offensive use of emails, social networking comments or private phone calls will not protect you from the (rather predictable) consequences of your actions. Be careful out there. 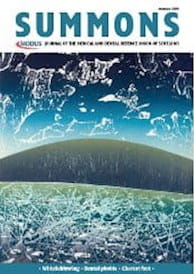