"ANTHONY BLAND…for the past three and a half years… has been totally unaware of the world around him.” These were the opening words of Sir Stephen Brown in a case that would redefine the law on whether medical professionals could legally withdraw treatment from patients in a persistent vegetative state (PVS).

Tony Bland was a normal, healthy 18-year-old obsessed with football. On April 15, 1989, he travelled from his home in Keighley to support his team, Liverpool, who were playing in the FA Cup semi-final against Nottingham Forest in Sheffield. The name of the ground has now become synonymous with disaster because the match was to be played at Hillsborough.

The two-year long Hillsborough inquest would later hear the patchwork of evidence that revealed what had happened to Tony that day. He had travelled with two friends to watch the match and arrived in Sheffield at 11:15. They spent time in a pub and entered the turnstile at the ground at 14:10.

By 14:50, 10 minutes before kick-off, Tony was in the already packed fenced pens 3 and 4 for standing fans, behind the Liverpool goal. Behind him, outside the ground at the Leppings Lane entrance, there was a crush of fans still eager to get in. The police were losing control of the crowd, and the chief superintendent ordered a side gate normally used as an exit to be opened to alleviate the pressure, but he failed to order the closure of the tunnel that led into the ground. The fans poured in and went through the tunnel towards the heavily overcrowded pens where Tony and other fans were crushed, as one doctor put it, like a “constrictor snake”.

When it became obvious that there was a serious problem, the match was stopped at 15:05. At 15:22, Tony was passed over the fence and then carried on to the pitch by police officers. A police constable and a GP, who was attending the match as a fan, worked to resuscitate him, but initially he was not breathing and had no pulse. After two minutes of CPR, they got a pulse, and the GP told the officer to continue mouth-to-mouth resuscitation while he left to help other casualties. Seven minutes later, Tony was put in one of the ambulances that was by this time on the pitch.

A police officer inside the ambulance later gave evidence that Tony was “thrown on top of the adult male casualty who was lying on the floor”. Despite that injured man regaining consciousness and becoming restless, Tony’s mouth-to-mouth resuscitation continued throughout the journey to the Northern General Hospital. By the time he was handed over at A&E, he was said to be breathing on his own.

The hospital was overwhelmed with casualties from Hillsborough that afternoon and Tony was not intubated or transferred to intensive care. The nature of his crush injuries was not immediately apparent, with one doctor stating that they had been told a stand at the ground had collapsed and they were more concerned with identifying and treating potential head injuries.

Tony had suffered crushing chest injuries and bilateral collapsed lungs and the resulting hypoxia over a period of more than 20 minutes had caused irreversible brain damage. He never regained consciousness but did retain brain stem function, allowing him to breathe unassisted. With a diagnosis of PVS and a prognosis already deemed to be hopeless, he was transferred to the care of a consultant, J.G. Howe, at Airedale, which was nearer his home in Keighley. All attempts by the medical team and his family to elicit any response failed, and further tests revealed a complete absence of cortical activity. One expert who later assessed him stated that he was the worst case of PVS he had seen.

Four months after sustaining his injuries, Dr Howe and the young man’s family were already of one mind - that Tony should be allowed to die with dignity because to all intents and purposes he had already died on that day on the terraces of Hillsborough. Howe contacted the local coroner to outline the plan to withdraw life support and was told in no uncertain terms that such an action would potentially constitute murder. The coroner also informed the local police, who visited the consultant to confirm this would indeed be the case. Tony’s family were angry, and his doctor shocked by the response, but they resolved to fight.

The hospital trust applied to the court that “they might lawfully discontinue all life-sustaining treatment and medical support measures, including ventilation, nutrition and hydration by artificial means”, and their application was granted. However, this decision was then appealed to the House of Lords by the solicitor who had been appointed to act on Tony’s behalf. He argued that the withdrawal of artificial treatment, which would inevitably lead to death, would constitute murder.

The House of Lords rejected the appeal, thereby allowing Tony’s doctors to lawfully withdraw treatment. The Law Lords unanimously held that the withdrawal of treatment by medical professionals was to be viewed in law as an omission. While omission might be regarded as murder when there was a duty to act to save a victim, in this instance there was no such duty when continued treatment was not in the best interests of the patient. Continued treatment in Tony’s case was regarded as futile and not therefore in his best interests.

Lord Justice Hoffmann noted that the question at the heart of the case would never have arisen until relatively recently. He went on to say: “A person who had irreversibly lost consciousness would quickly have died: from lack of nutrition or from one of the many complications which have afflicted Anthony Bland’s body over the past three years and which medical technology has been able to hold at bay. Modern medicine therefore faces us with fundamental and painful decisions about life and death which cannot be answered on the basis of normal everyday assumptions”.

The Law Lords were, however, keen to draw a sharp distinction between such an omission and euthanasia – taking active steps to cause death – which remains a criminal offence. The ruling also encouraged medical professionals to apply for a declaration in each instance, as the circumstances had to be assessed on a case-by-case basis.

Tony Bland died on March 3, 1993, and the coroner recorded a verdict of accidental death in common with all the other victims of the Hillsborough disaster at the time. However, this was later changed as a result of the second Hillsborough inquest to one of unlawful killing.

This was the worst disaster in British sporting history with 765 injured and 97 dead. Ninety-four people died on the day, a 95th succumbed a few days later in hospital. Tony would be the 96th victim almost four years later and the 97th would die from his injuries after 32 years in July 2021.

The 2016 Inquiry fully exonerated the fans and laid the blame for the tragedy squarely at the feet of the South Yorkshire police and the Yorkshire Ambulance Service. The Hillsborough tragedy has many legacies, but the clarification of how patients like Tony Bland who are in a PVS might be allowed to die was one of them. 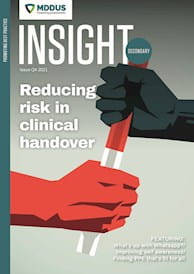