Mr Y works as a long-distance road haulier. He was recently referred by his GP practice for investigation of a musculoskeletal condition. The hospital clinician noted that the referral mentions Mr Y was previously a “heavy drinker” and, as this may be clinically relevant, it was discussed with the patient as part of the consultation.

Mr Y has written to the practice to make a formal complaint. He states that he has never discussed his alcohol consumption with anyone at the practice and that any reference to his drinking is not based on fact and should be removed from his medical records. He demands to know why his records state he was a heavy drinker and and what other NHS services have been wrongly notified of this.

The practice manager – Ms C – responds to the letter with an acknowledgment clarifying the main points to address in Mr Y’s complaint. She states that the matter will be investigated and the practice will aim to provide a response within 10 working days.

Ms C contacts MDDUS for advice on addressing Mr Y’s complaint and asks for feedback on the response she has drafted.

An MDDUS medico-legal adviser (MLA) reviews the findings of the investigation outlined in the draft response to the complaint.

Mr Y’s medical records show that he is an infrequent attender and there is reference made by a GP, now retired from the practice, to the patient being a “previous heavy drinker”. Another entry from a practice nurse made at a hypertension check two years previously records alcohol consumption at 16 units per week.

The MLA observes that under the Data Protection Act 2018, individuals have the right to have inaccurate personal data rectified. Personal data is inaccurate if it is incorrect or misleading as to any matter of fact. If you receive a request for rectification, you should take reasonable steps to satisfy yourself that the data is accurate and to rectify the data if necessary. What steps are reasonable will depend on the nature of the personal data and what it will be used for: a greater effort is required if the data is used to make significant decisions that will affect an individual, rather than trivial ones. Clearly, in this scenario, the reference to the patient being a heavy drinker is significant, particularly in the context of his employment.

Accordingly, the MLA advises Ms C that any details recorded in the medical records confirmed to be inaccurate or untrue should be removed. However, if the practice cannot confirm with certainty whether the entries are incorrect, it would be more appropriate to retain the entries but add a note saying that the patient disputes their accuracy.

Ms C acknowledges the two references to Mr Y’s alcohol consumption in the record and explains that, as these cannot be verified with the staff involved, the practice can add a note to the entries to say Mr Y disputes their accuracy and his reasons for doing so. She asks if this is acceptable and they go on to agree the wording of what is added.

Ms C also offers to meet with Mr Y to discuss the matter further and explains that if he remains dissatisfied with the response he is entitled to raise his concerns with the ombudsman (contact details provided).

Mr Y writes back and confirms that he would prefer to have the entries removed but is satisfied with adding a note stating he disputes their accuracy. 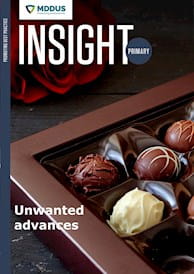