...five-year-old Emma is diagnosed with acute otitis media, but two days later her pain and fever worsen and she is taken to A&E...

A five-year-old girl, Emma, attends her local surgery for an emergency appointment. Her mother informs the GP – Dr K – that the girl has been suffering with an earache and elevated temperature for two days. There has been some discharge from the ear and Emma says her jaw is sore when she chews.

Dr K examines the patient and notes that Emma has a blocked/runny nose and enlarged and tender glands in her neck. The left ear canal is clear with a slightly red eardrum, but the right ear canal contains white discharge blocking the view to the eardrum. The exudate is not green, is odourless and no blood is present. Her throat is red but without pus at the back or on her tonsils.

Emma is diagnosed with acute otitis media and her mother is advised to administer ibuprofen regularly and to return if the symptoms do not improve or get worse.

Two days later Emma’s pain and fever worsen and her parents take her to A&E. There she suffers a seizure and is transferred to the ICU. She remains an inpatient for a few days before being discharged from hospital with no clear diagnosis.

Emma’s mother later writes a letter of complaint to the practice stating that had Emma been offered an antibiotic at the consultation with Dr K she would have avoided her seizure and necessary treatment in hospital.

MDDUS assists the practice with the complaint and reviews a draft letter of response.

The letter first offers an apology for the distress caused by Emma’s sickness and hospital stay. It then details how the practice has investigated the complaint as subject of a significant event analysis (SEA).

Given Emma’s symptoms and history, which are well recorded in the notes, otitis media was the most probable diagnosis. The letter points out that professional guidance (NICE) advises that antibiotics would only be indicated with symptoms showing no improvement within three days, or worsening significantly or rapidly at any time. Regular doses of paracetamol or ibuprofen for pain are advised, and the usual course of acute otitis media can be up to one week.

The SEA concludes that Dr K’s management was consistent with the accepted standard primary care advice in such cases. Safety netting advice was given and this would have allowed for further review of the need for antibiotic prescribing. It also points out that a seizure secondary to otitis media is rare and it would not be possible to say if an antibiotic prescription would have prevented it.

The letter of response concludes with an offer to discuss the matter further in a meeting or by phone. It also reminds Emma’s mother that they have the right to seek further review from the ombudsman if the issue has not been addressed to their satisfaction. Contact details are provided. 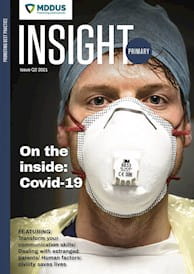 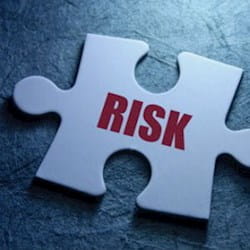 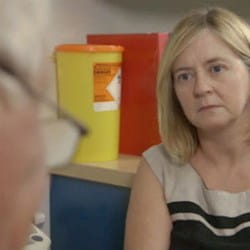