Do you eat bog myrtle?

RURAL GP Chris Duckham divides his time between treating patients and serving up inventive dishes at his renowned restaurant in the far north of Scotland.

THERE are many reasons why the Côte du Nord restaurant in Kirtomy in the Scottish Highlands stands out from the crowd.

It is remote, Kirtomy being a 30-strong hamlet lying 50 miles west of John O’Groats. It is also tiny, seating a mere eight people three nights a week. And it is probably the only restaurant for 100 miles where you will find hand-foraged reindeer moss and wood sorrel garnishing aspects of a 10-course tasting menu, not to mention salted cod balls dusted with finely ground pork crackling and a lobster bisque accompaniment served in a pipette – all rather cleverly, if a little bizarrely, presented atop a large, round stone from the local beach.

What’s more, the Côte du Nord’s owner/chef, Chris Duckham, is also the local GP. He is based three days a week in a small practice in Tongue, where he looks after 550 patients, and works an additional two days on a locum basis in Thurso, over in the direction of John O’Groats.

So far so unique. But there’s more, as the Côte du Nord must surely be one of only a few restaurants in existence where the menu is handed to diners, not at the beginning of the evening but at the end. The GP-cum-chef doesn’t have a specific name for his counterintuitive approach to fine dining, but it all makes perfect sense when he explains how it came about.

“People used to phone up and ask what was on the menu. I’d tell them and they’d say, ‘Well you can’t eat that,’ because I’d told them one of the courses included reindeer moss, which is the edible lichen that grows between the heather,” says Chris.

“So we’d have these bizarre conversations. I’d say, ‘Do you eat bog myrtle or primrose flowers?’ And people thought I was taking the mickey. So now I don’t tell anybody what’s on the menu at all. You don’t get a menu when you arrive. You get one at the end. It’s like a souvenir menu. We explain what the dishes are when we serve them.”

These days, when making a booking, people are simply asked what they won’t eat, and Chris makes sure that whatever it is doesn’t end up on their plate. The result is that, right until the food is set before them, diners know only what they’re not going to eat.

It’s an unusual approach but it works. “I was worried at first that people wouldn’t like it because they would be out of their comfort zone. But most of the people who want to come here are pretty adventurous, so in fact it’s been the opposite. It’s really popular.”

The numbers of diners Chris can accommodate might be small but everything else about his offering is full-size. There are the up to 10 courses, with an option for matching wines. There are broths brewed up in front of customers in an old-fashioned coffee siphon, savoury tuilles flavoured with squid ink and dotted with chicken liver parfait, squid ink mayonnaise, wild herbs and leaves, beef flavoured with heather tea and all manner of fish and shellfish.

What he is aiming for in his dishes, he says, is “a taste of the area” that he moved to from Lincolnshire 10 years ago to escape the “hamster wheel” existence he felt he had been living. “Everything on the menu is either sourced locally or wild. We’d never have anything like aubergines or courgettes. The only things that are brought in from afar are the standard things like coffee,” he says.

They even churn their own butter and make their own sea salt. “We get a huge pan at the start of the season, the biggest pan we can fit in the kitchen, and bring sea water up from the bay and boil it down. That gives us enough salt to last for a season.”

That many of his ingredients are free helps to explain prices that, considering the ingenuity of the dishes, are remarkably low. “The foraged bits don’t cost anything. The broth at the moment is made from mackerel bone stock and we get given mackerel – people go fishing, they get too many mackerel and they throw some at me. We buy the lobsters from a local fisherman and we often get the crabs free, because otherwise they just chuck them back.”

Untrained as a chef, Chris got the fine dining bug while helping out in a friend’s restaurant many years ago. Unperturbed by an appearance on Masterchef in 1992, where he got knocked out in the first televised round, when he and his wife Tina moved up to the Highlands with their two children, they decided to make a go of it. First they rented a room in the local pub one night a week, but after moving into a former guest house, with a good-sized dining room and kitchen and a separate entrance, they decided to expand their horizons.

Chris handles the sourcing of the food – including foraging for wild herbs, heather sorrel and mushrooms on the hillside, and gathering sea lettuce below the tide line – as well as the prepping and all the cooking. Tina does the rest, from the meeting-and-greeting to the service and the post-prandial bottle-washing.

Seven years on, the result is plenty of bookings, a slew of effusive five-star reviews on Trip Advisor and an entry in this year’s Michelin Red Guide. Naturally, he’s extremely pleased with the way things have turned out. “It is busy this year. I’m surprised, given the recession and the fact that some of the holiday cottages aren’t as busy as they normally are. But word has got around and folk are beating a path to our door.”

Most of their guests come from a distance, either tourists staying in holiday cottages in the area or people who drive up and spend the night in a local B&B. But some locals come too and it is not unknown for Chris’s patients to come and experience the other side of his dual career.

It’s all quite a change from the life he had in Lincolnshire, where he worked as a GP after studying and training in his home town of Leeds. The move north came about after a frank assessment of his work–life balance. “I was getting completely burnt out,” he says. “I was seeing 60 patients a day and it was completely nuts. I never used to see the kids and I felt like one of those hamsters on a wheel and thought, it’s time for a change.”

The practice in Tongue, where he works on a job-share three days a week, is considerably quieter but the remoteness does bring its own challenges. The nearest hospital is 45 miles away in Thurso, it’s three hours in the ambulance to Inverness and the number of support staff is small. “When you’re on call, you’re it really,” he says.

The remoteness has another, indirect effect. Because of the lack of employment opportunities, young people tend to move away. Added to the fact that people often retire to the area, it means the number of elderly patients is very high. “Apart from one other practice, which I think is in Lewis, at Tongue we have the highest percentage of over-75s and over-85s of any other practice in the UK.”

Running a restaurant no matter how small or how infrequently, takes time and energy and he couldn’t manage it if he wasn’t able to take half-days on Wednesdays and Fridays. But the employment situation for doctors in this part of the world allows him to do this. “I’m quite lucky like that. For my sessions in Thurso, as I am in effect a locum, I can dictate my terms. So during the season I can say I want to do half-days but come October when the restaurant closes I will do full days again.”

It’s exactly the kind of breathing space he was looking for when he decided to up sticks and move to the far north, and it has given him the chance to combine the two things he loves, medicine and cooking, into one well-stirred pot. 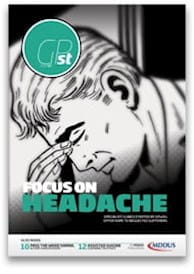