Would you know what to do if you were called before a coroner’s inquest? MDDUS medical adviser Dr Barry Parker offers some advice

CORONERS are either lawyers or doctors, sometimes both, who are appointed to inquire into violent or unnatural deaths, sudden deaths of unknown cause or deaths that have occurred in custody. Each year a number of MDDUS members contact us for assistance after they have either been asked to provide reports for the coroner following a death, or been cited to attend a coroner’s inquest (CI) as a witness.

CIs are held in England, Wales and Northern Ireland and convened first and foremost to determine who the deceased was and when, where, how and in what circumstances he or she died. (In Scotland, procurator fiscals investigate deaths and Fatal Accident Inquiries are held.) The inquest may be held before the coroner alone or, in certain circumstances, with a jury present.

The coroner decides which witnesses to list and leads the questioning of each witness during the inquest. Other interested parties such as the family may also ask questions of each witness and, although emotions may well be running high, it is for the coroner to keep control of the process.

Possible verdicts on conclusion of an inquest include natural causes, accident or misadventure, suicide, unlawful killing, lawful killing, industrial disease or an open verdict where there is insufficient evidence for any other verdict. Alternatively, the coroner may produce a narrative verdict, setting out the facts and explaining the reasons for his/her decision.

It is important to emphasise that inquests are about what happened rather than who was involved, and the coroner cannot therefore name a specific doctor or make a finding against them in a verdict. Nonetheless, a doctor’s individual actions or omissions can sometimes be inferred from the verdict itself and where this is recognised by the family of the deceased, it may encourage them to consider litigation or complain to the GMC afterwards. In addition, there is occasionally press coverage which can be very stressful for our members, though in fact it is usually very transient and subsides rapidly.

How, then, can the MDDUS be of assistance to our members? Firstly, we are very happy to hear from doctors who have been asked to produce a written statement to the coroner. We can advise on the structure and general approach to the statement so that it is clear, relevant and is of greatest assistance to the coroner. If a member is cited to attend as a witness we can go over the events surrounding the death in detail and seek advice from our in-house legal team on whether individual legal representation may be required at the inquest.

Where the doctor is not likely to face criticism, or is somewhat peripheral to events, it would not be usual to be individually represented, as this may draw unwelcome attention unnecessarily. However, if criticism is likely from any source, we may instruct a barrister to attend the inquest to formally represent our members. Prior to the inquest, we will obtain a full set of documents disclosed by the coroner including any expert reports that have been obtained. This can alert us to any potential difficulties that may be encountered on questioning, so that our member is prepared for these.

On the day of the inquest, the barrister will attend the coroner’s court to meet our member before the start, and then be present throughout. They cannot, of course, answer for the doctor but can clarify points, question other witnesses, and ensure that our member’s account of events comes across well. They may also challenge any irrelevant or inappropriate questioning from any party.

When attending to give evidence, doctors should dress smartly, attend promptly (mobile phone switched off !) and be familiar with the patient’s records and any statement they have made to the coroner previously. They should listen carefully to the questions, speak clearly and answer the questions directly, avoiding expanding too much or running off the point. There is no need to fill gaps in conversations in court – if the questioner is looking for more information, they will ask. It is also perfectly okay to ask to refer to the records to assist in responding, and to say that they cannot recall something, if that is the case. They should also make the coroner aware if they are asked a question that is beyond their sphere of knowledge and experience.

Hospital doctors and others who are directly employed by Trusts may be assisted by the Trust’s legal department and may not require separate representation by MDDUS. Where possible, it is generally preferable to be represented by one’s own employer, but on occasions, conflict may arise between the doctor and the Trust itself, or between different doctors each employed by the same Trust, and in these circumstances MDDUS representation may still be required.

In summary, CIs can be stressful events but adequate preparation is the key to ensuring that the difficulties encountered are minimised and things go as smoothly as possible.

Dr Barry Parker is a medico-legal adviser at MDDUS 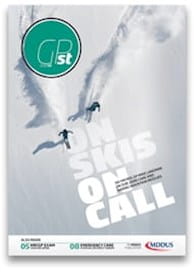