A day in court

A guide to fatal accident inquiries

IT is quite possible in the course of your professional career that you will at some point be cited to give evidence during a formal investigation into a patient’s death.

In Scotland, these investigations are known as fatal accident inquiries (FAIs). For most doctors, particularly doctors in training, being called before such an inquiry can be worrying. But gaining an understanding of the process and how to prepare can help minimise stress.

FAIs are unique to Scotland and are called when the procurator fiscal (the public prosecutor) has investigated a death and the Crown Office decides that a formal inquiry is required (the equivalent procedure in England, Wales and Northern Ireland is the coroner’s inquest). Some are mandatory, for example after deaths at work or in custody, and the rest are discretionary, when it is deemed to be in the public interest.

They are held before a sheriff in the sheriff court serving the area where the death occurred. The aim of an FAI is to establish the time, place and cause of death; any reasonable precautions that may have avoided death; any systemic defects that contributed to death and any other relevant factors that the sheriff wishes to comment on.

The civil rule of ‘balance of probabilities’ is used to decide on evidence presented. It can unfortunately take several years following a death before an FAI is held and several months after the FAI before the sheriff issues a judgement, known as a determination, setting out the circumstances of the death and other relevant findings.

How can we help?

MDDUS understands that giving evidence in these circumstances can be daunting, even if the doctor involved is not particularly concerned that anything untoward has happened. We therefore welcome calls from members as soon as they hear they are to attend an FAI – or even sooner. If a death has occurred and you are worried that it may result in an FAI, please call an MDDUS medical adviser.

When preparing for an FAI, an adviser will review what has happened and, if necessary, arrange a meeting to discuss matters further with an MDDUS solicitor. We can explain the FAI procedures, what to expect when giving evidence and, most importantly, decide whether it is necessary to provide legal representation for the doctor.

Not everyone will require this: if a doctor is unlikely to be criticised by anyone, or is fairly peripheral to events, it may be appropriate to attend without separate representation. Where there is vulnerability, however, legal representation may be important to protect the doctor’s interests. This is a decision that will be made once we have heard the circumstances surrounding the death.

NHS hospital doctors may be represented by the Central Legal Office acting for the hospital concerned but, where any conflict of interest emerges, they may require separate MDDUS representation.

Prior to an FAI, the doctor is likely to have been asked for a statement by the procurator fiscal and should be familiar with the contents of that statement. A familiarity with the medical records is also useful. When giving evidence at the FAI, the procurator fiscal or depute will lead the questioning, and then questions may be asked by anyone represented at the inquiry, such as the family or other agencies involved in the care. The sheriff may ask questions at any time.

Advice on attending an FAI is much the same as for any court appearance. This includes arriving in good time (mobile phone switched off!), dressing smartly and preparing for a long wait as timing can be unpredictable. When giving evidence, remember to listen carefully to the question and answer clearly and concisely – do not be tempted to fill silences. It is fine to indicate that you need sight of the records to respond, if that is the case, and it is also fine to say that you don’t recall something, or indeed that it is beyond your sphere of knowledge or competence to answer.

FAIs are held in public, and may be attended by the press. Clearly it is important to give no statement to the press after the event, even if approached directly, save perhaps to indicate that you have given your evidence to the court and have nothing to add.

The determination itself will not include an adverse finding against an individual doctor, but there can be implied criticism of actions if precautions are highlighted that may have avoided death. The sheriff may also be critical of evidence given when he writes his accompanying narrative account of proceedings. Although the determination cannot be used as a basis of a claim, it may be used to initiate a complaint of serious professional conduct before the GMC.

Happily, for most doctors giving evidence, this does not occur, and attendance is a routine matter. However, MDDUS are keen to ensure that members are well supported throughout and if doctors are at all concerned they should make contact sooner rather than later to advise us of the situation.

Dr Barry Parker is a medico-legal adviser at MDDUS 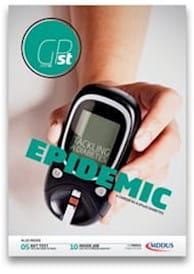