Mr C – a 31 year old – attends his GP surgery for advice on inoculations and other treatment in preparation for a trip he is taking to Senegal. The GP – Dr M – notes in the patient records that Mr C has already been vaccinated for tetanus, polio and hepatitis A. He is given a typhoid vaccination and is prescribed doxycycline and Malarone tablets to prevent malaria

Two days after returning from Senegal Mr C’s partner phones the out-of-hours GP late in the evening and reports that he his very unwell, suffering with diarrhoea, vomiting and a high temperature. She also informs the GP that prior to and during the first part of their holiday in Senegal Mr C had been taking anti-malarial tablets but that they had made him sick so he stopped. She explained they both had been bitten by mosquitoes during the trip. The out-of-hours GP advises that Mr C should contact his GP in the morning.

Mr C’s partner speaks with Dr M that next morning and explains that Mr C has been ill in bed for the last 36 hours. She also tells him about the Senegal holiday and how Mr C had stopped taking his anti-malarial tablets four days into the trip. The GP advises her that a nasty virus is making the rounds and that Mr C should stay in bed and see how he feels after the weekend. Dr M notes in the record after the telephone consultation: “Unwell after Senegal trip. No diarrhoea at present, fever down, flu symptoms”.

Mr C’s condition does not improve over the weekend and his partner phones the surgery on Monday morning and leaves a message on the answer machine. A different GP – Dr T – phones back at lunchtime and says he will attend Mr C at home after the evening surgery. Dr T arrives after 6pm and is provided the same history given to Dr M. He examines Mr C and notes that he is pyrexial. He advises that a blood test will be necessary to confirm or rule out a diagnosis of malaria. He provides a test form and instructions to a walk-in centre at a local hospital where the blood sample can be taken.

Mr C’s partner phones the surgery in the morning to say he is too unwell to leave his bed and travel to the hospital. She asks if a nurse can attend the house to draw the blood sample. The surgery informs her that this would not be possible and that he must either attend the hospital or come to the surgery that Friday when a practice nurse would be available.

Late that afternoon the partner grows more concerned about Mr C’s deteriorating condition and phones the out-of-hours service. Another GP attends Mr C at home later that evening. Given the history and symptoms, this GP concludes that Mr C is obviously suffering from malaria. He phones for an ambulance and Mr C is admitted to hospital. Bloods are drawn and the test results early the next morning confirm that Mr C has falciparum malaria. He is transferred to a tropical infectious disease unit and started on IV quinine.

SIX months later the practice receives a letter from solicitors representing Mr C claiming damages on his behalf for clinical negligence. The allegations include a breach of duty of care on behalf of Dr M for not considering fully the history of his recent trip to Senegal and inability to tolerate the anti-malarial drugs before reaching the conclusion that it could be a viral illness. The letter further charges that Dr T should have acted more urgently on his suspicion that Mr C could be suffering from malaria and thus ensured a prompt referral.

It is alleged that the delay in diagnosis exacerbated his illness and led to unnecessary suffering and anxiety as well as an extended period of recuperation. Mr C also claims that in the days after his discharge from hospital he suffered from hair loss (telogen effluvium) as a result of his high fever.

MDDUS commissions an expert report on behalf of our member, Dr M, along with another MDO representing Dr T. The expert concludes that had Mr C been given a blood test and diagnosed on the day the surgery was first contacted he would have suffered fewer complications and a shorter hospital admission, and enjoyed a quicker recovery. The hair loss would still have occurred but would have been less severe.

In considering the risks of defending the case in court with the associated legal costs it was decided by MDDUS and the other MDO involved to negotiate a joint out-of-court settlement. 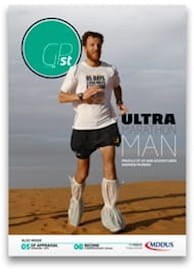