Just a minute of your time, doctor

2011 will see the new UK Bribery Act come into force, meaning an even closer eye on the cherished freebie

AN OFFER of free centre court tickets at Wimbledon might not be easy for anyone to turn down. So it proved when drug reps for the pharmaceutical giant Abbott Laboratories invited a group of London consultants to enjoy "full hospitality" at the tennis tournament in 2004.

An anonymous whistleblower triggered an investigation by the Association of the British Pharmaceutical Industry (ABPI) who later ruled that the company breached industry code of practice. The company also faced accusations that it had treated doctors to greyhound racing in Manchester as well as a night out at a lapdancing club for one hospital doctor.

Such activities are strictly forbidden by the ABPI code which was adopted by the pharmaceutical industry to police its own conduct. But offering expensive freebies could soon lead to worse penalties than industry censure. Later this year The Bribery Act 2011 is due to come into force making it a crime to offer financial or other advantages with the intention of inducing a person to perform an "action improperly". And the Act goes even further making it illegal for doctors to request, agree to receive, or accept an inducement.

That’s not to say that prosecutors are out to get doctors – the Act is aimed mainly at major corporate corruption. It will provide the UK some of the strictest anti-bribery sanctions in the world, including the offence of failure to prevent bribery by persons working on behalf of a business. It will also increase the maximum penalty for bribery from seven to 10 years imprisonment with an unlimited fine.

It is yet unclear just how the new Act will apply to doctors and drug reps. Joint guidance for prosecutors is currently being drawn up by the Director of Public Prosecutions and the Serious Fraud Office and will be available later this year. The Lord Advocate will govern the issuing of prosecutor guidance in Scotland where the Act will also apply.

In a recent speech, the attorney general Dominic Grieve made the point that hospitality and promotional activity "are not illegal per se and the act is not intended to clamp down on legitimate expenditure of this type." He distinguished this with "lavish hospitality and similar expenditure" that could be clearly interpreted as a bribe and said that deciding between the two should not be difficult. Ultimately a jury will make that call.

However, it’s unlikely that the prosecution guidance will differ much from existing guidelines governing the relationship between healthcare professionals and medical reps in the UK. For doctors the clearest advice is set out by the GMC in Good Medical Practice which advises: "You must not ask for or accept any inducement, gift or hospitality which may affect or be seen to affect the way you prescribe for, treat or refer patients. You must not offer such inducements to colleagues."

Drug companies are subject to more detailed regulations as provided by the ABPI code. Here strict restrictions are placed on the provision of samples, promotional aids, meetings, hospitality, subsistence, travel and accommodation. For example, companies can sponsor presentations in GP practices but such sponsorship must be disclosed in all papers relating to the meeting and any published proceedings. It must be the scientific or educational content that attracts delegates to a meeting, not lavish or deluxe venues. No payment can be made to doctors or other prescribers for room rentals.

Subsistence must be strictly limited to the main purpose of the event and hospitality cannot be offered to spouses or other such people unless they qualify as a delegate in their own right. Companies can sponsor attendance at educational meetings as long as the requirements of the Code are met but air travel must be strictly economy class.

The Code also states that no gift or benefit in kind should be offered or given as an inducement to prescribe, supply, administer, recommend, buy or sell any medicine. Promotional items must be inexpensive – the limit is £6, excluding VAT – and must be relevant to the recipient’s profession. Items must not bear a product name but can bear a company name and the involvement of the pharmaceutical company must always be made clear. The same is true for sponsored educational events.

The Code also applies to what representatives say as well as the materials they use. Representatives are expected to maintain a high standard of ethical conduct and must not use inducements or subterfuge to get a meeting. This is not to say that drug reps may not be a very useful source of information on medicines both for doctors and patients.

But the message is clear – be careful what you accept from any industry rep as it may prove a perk too far.

Jim Killgore is a contributing editor at MDDUS 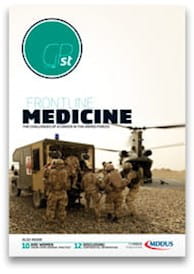