SMART PILL TO GO Diary has often yearned for a postprandial smart pill to help with the Guardian crossword – or for you it might be something to help face the daunting prospect of sitting the MRCGP exam. Well, take heart - a brain compound called kynurenic acid has been linked to cognition. University of Maryland scientists found the acid inhibits brain receptors that stimulate learning and memory. The discovery could possibly lead to development of a drug to aid learning in healthy people. No word yet on potential advance orders…

MUST-HAVE MEDICAL APPS The medical charity Arrhythmia Alliance has released an iPhone application that aims to help detect heart rhythm disorders. The ‘Know Your Pulse’ app provides users with an onscreen guide to record pulse readings over 30 seconds and then advises whether they may be suffering an irregular or unusually fast or slow heartbeat. The app is part of a larger campaign aiming to improve knowledge of cardiac arrhythmias and raise awareness of the importance of regular pulse checks during normal patient check-ups. Let’s just hope it’s more successful than the NHS drinks tracker application released in December last year. This was launched to allow iPhone users to keep track of drink consumed in alcoholic units so as to discourage people from overindulging. Within days of the tracker being released it was being described on the internet as an “awesome game” with users trying to beat their “top score”.

NO FREE LUNCH IN BOSTON A new ban in the state of Massachusetts on drug companies providing free lunches to doctors is hitting local restaurants so hard they are lobbying to have the law changed. No such problem in Los Angeles where there is a company called Dr Lunch devoted entirely to providing free drug company lunches for medics – and business is booming.

LAST WORD IN GORE CHIC A French “transmedia artist” named Olivier Goulet has released a range of bags, accessories and overgarments called SkinBag which are fashioned from synthetic material to look like skin, muscle and internal organs. Nothing says it better than the company’s own publicity material. “You can view the SkinBags as bodily extensions; external organs which serve as holdalls for items we have around us….an invitation to explore ourselves and our environment. It is created as a guide to human mutation, that painful journey from egocentric individualism towards an optimal collective identification and networking.” Or a rubber scrotum to hold your mobile phone. See www.skinbag.net

WOOLLY BREASTS More helpful and decidedly less creepy are the 150 knitted woolly breasts recently commissioned by the NHS from the Somerset Mothers’ Union. These are to be used to demonstrate breastfeeding techniques to new mothers. The USA is – of course – light years ahead in the field, with organisations such as Knitted Knockers long producing prosthetic breasts for women affected by breast cancer.

CEREBELLUM NOT ESSENTIAL Journalists are often accused of using only selected parts of their brains and this certainly has proved no serious handicap for Diary. But it turns out it is possible to live a relatively normal life without a cerebellum. The journal Brain recently published a retrospective case study from 1939 of a 76- year-old man who died of heart disease and at autopsy was found to have absent cerrebellar hemispheres and yet possessed enough motor skills to hold down a job as a manual labourer.

ENOUGH ABOUT QUALITY OF LIFE – HOW ABOUT DEATH? So where would you need to set up practice in order to enjoy the best quality of life? Vienna, it turns out, with Baghdad being the least salubrious – or so claims the Mercer's 2010 Quality of Living survey. But if you’re looking for the best place to shuffle off this mortal coil it could be Britain. The UK has been rated top in the world for 'quality of death' according to an index on end-of-life care devised by The Economist Intelligence Unit (EIU). The index was commissioned by the Lien Foundation and ranks 40 countries according to their provision of end-of-life care. The UK tops the table which is based on indicators such as public awareness, training availability, access to pain killers and doctorpatient transparency.

DATA INSECURITY Just having a data protection policy in place is sometimes not enough. A report on the Information Commissioner’s Office (ICO) website tells how a USB data stick used routinely to back-up clinical administrative databases went missing from Her Majesty's Prison Preston. A thorough search never turned up the data stick which held medical details relating to over 6,000 patients who were or had been incarcerated at the prison. It later emerged that the data stick had indeed been encrypted but unfortunately the password had been attached to the device on a slip of paper.

AND FINALLY, DIABETIC PETS Diary is an avid reader of Anthrozoos: A Multidisciplinary Journal of the Interactions of People and Animals. A recent study from the journal caught our eye. Canadian researchers found that – on the rare occasion, surely – when the pets of diabetics also develop the disease it prompts their owners to better control their own physical activity, diet and sugar levels. Please direct your suggestions for any practical application of these findings directly to Anthrozoos. 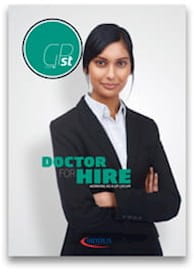