Hanging up the stethoscope

WHAT do the former Foreign Secretary David Owen, the poet John Keats, comic Harry Hill and I have in common? This may sound like the start of a bad joke, but it is a serious question. No, we are not all poets, nor comedians, nor politicians, but we have all studied and practised medicine only to give it up for another profession.

Students choose to study medicine for different reasons. Once qualified, some of us, for equally different reasons, will choose to hang up our stethoscopes in favour of another calling. But why did we give up medicine—why does any doctor? This is often a source of bemusement to nonmedics who view the profession as an escalator that, once mounted, is ridden virtually to the pearly gates. Medicine, we are quietly reminded, is a calling that it would be impolite to ignore. All that time and study, and of course money, must be justified by a fulfilling lifelong career.

It is true that medicine offers the chance to change lives for the better. That desire is what attracts most of us in the first place but, once there, some discover there are other routes to the same goal.

Some leave because they are forced to — compelled by circumstances to give up their chosen profession such as for ill health. Others may find they are forced to choose between two different callings. Lord David Owen was a junior doctor in London preparing to sit his MRCP examination when he was elected to parliament. Suddenly, a decision had to be made and a life in politics won out over medicine. But his choice was not between helping to change lives or not—it was between two means of achieving the same end. While politics might not seem an obvious choice for a doctor there are others who have given up medicine for an altogether more revolutionary practice. For example, the Argentinian Che Guevara wore a white coat before he wore that beret.

Some doctors leave medicine because they are simply much better at something else, and find they can change lives in other perhaps less obvious ways. John Keats studied medicine and surgery for longer than he was a poet. For over six years he was either apprenticed or studying at Guy’s Hospital. Despite being well regarded as a junior surgeon, Keats turned out to be an even better poet. However, one life may have informed the other, as some critics see strong medical influences in Keats’ poetry. Other physicians who have picked up the pen have also found inspiration in their former careers. Anton Chekov, the dramatist and master short story teller, features doctors in 83 of his short stories. Arthur Conan Doyle drew upon his knowledge of lecturer Dr Joseph Bell as the model for his most famous creation, Sherlock Holmes, and in Michael Crichton’s breakthrough novel, The Andromeda Strain, he told a tale of microbiology long before he dabbled with dinosaurs.

Some of course leave because they discover that although they wish to change lives, the practice of medicine is not for them. Many doctors, like all professionals, become disillusioned at one point or another in their careers, but most soldier on and come out the other side, stronger and wiser. But a few feel it is best to move on. The comedian Harry Hill was a junior doctor in London when he felt like this. Medicine’s loss was, however, stand-up’s gain. While he recalls that there was a kind of gallows humour in medicine, his own whimsical comedy turned into something quite the opposite, perhaps as a reaction. Others who have swapped medicine for comedy may have had the same strategy. There is little that can be attributed to medicine in the work of Graham Chapman of Monty Python fame, nor of Graeme Garden of the Goodies. These two comedians studied medicine, but, for both, the lure of comedy was a greater attraction.

And, what about me? I was not offered a parliamentary seat. Nor did I discover I was the greatest poet of my generation. I did not even feel compelled to find a role that was the antithesis of being a doctor. Medicine and I simply grew apart. The world into which I graduated had changed so radically that my job was now unrecognisable and at the same time my interests were starting to drift away from medicine. I still wanted to change lives for the better, and on good days maybe even change the world, but I wondered one day whether I could do that in another way. And, importantly, I had a Plan B.

Doctors are generally very smart people and smart people are versatile. But even smart people get frightened or bored or frustrated, or simply change their minds. Doctors can choose to leave the job they trained for just as many other professionals do, finding new challenges in a myriad of other roles. As working lives are becoming ever longer, there should be no need to struggle on in a job we find unfulfilling. And there should be no need for the talented to confine their activities to a single career.

Incidentally, if you are looking for a major career change you might consider two doctors who found high office in the church. The 13th century Pope John XXI was a doctor before he stepped into the shoes of the fisherman. If your aspirations are even loftier, why not emulate St Luke the Evangelist, and go all out for canonisation. Aim high. 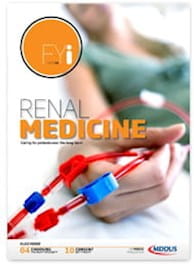