With the launch of revalidation in December 2012, Jim Killgore looks back at two key events in its development

IT’S unlikely that any medical student, trainee or doctor in the UK will be unaware of the fact that after many years of development revalidation has finally been launched. An estimated 13,000 doctors will take part in the first wave of revalidation with the majority of the UK’s 230,000 licensed doctors expected to have undergone the process by 2016.

Any doctor who is fully registered with a licence to practise will be required to revalidate and this applies to doctors in foundation year 2 and specialty training. Not everyone is happy with the added bureaucracy this will bring but the Government has long favoured a process by which licensed doctors demonstrate on a regular basis that they are up-to-date and fit to practise. This is intended to give extra confidence to patients that their doctor is being regularly checked by their employer and the GMC.

Two major events within the last 25 years have shaped development of revalidation as we know it today – and it’s useful to look back at the genesis of what is being called one of the greatest shakeups of medical regulation in the last 150 years.

Revalidation as an idea has been around for at least 40 years. Back in the 1970s a government committee set up to modernise medical regulation first suggested doctors might undertake some form of periodic “relicensure”. But the issue remained mostly dormant until 1998 when a high-profile GMC hearing found three doctors guilty of serious professional misconduct in connection with the deaths of 29 babies undergoing operations in the paediatric cardiac unit of the Bristol Royal Infirmary. The Bristol heart scandal dominated headlines at the time and a later Government inquiry into the matter yielded a damning 461-page report calling for a major change of culture in the NHS.

Problems at the Bristol unit first emerged over 10 years before when a hospital report indicated that the death rate in operations carried out on babies under age one was twice the British average. A young anaesthetist named Stephen Bolsin joined the staff at Bristol in 1988 and noticed that operations conducted by one senior cardiac surgeon James Wisheart (also director of cardiac services) lasted much longer than average, leading to an increased rate of complications and mortality.

Bolsin expressed his concerns to hospital officials, among them Dr John Roylance, chief executive of the United Bristol Healthcare NHS Trust. But Bolsin’s whistleblowing did little good and led to him being rebuked and isolated from many of his colleagues.

Wisheart continued to operate on babies and between 1990 and 1994 he carried out 15 operations to correct atrio septal defects (AVSD) in which nine children died (60 per cent mortality rate). There were also concerns over another consultant surgeon working in the unit. Janardan Dhasmana conducted 38 arterial switch operations in babies with transposition of the great vessels between 1988 and 1995 in which 20 patients died (53 per cent mortality rate). The average success rate for this operation nationally was 80 to 90 per cent.

A decision was made to stop arterial switch operations at the BRI in 1994 but in 1995 an exception was made by Wisheart and the clinical team in the case of 18-month-old Joshua Loveday. The boy’s parents were not told of the BRI’s high mortality record nor of the earlier decision to stop the operations on neonates. Mr Dhasmana conducted the procedure in which Joshua died.

In March of 1996 a Channel 4 Dispatches programme exposed the high mortality rate in cardiac surgery on infants and young children at the BRI and the failure to address the issue. Over the next few months Bolsin and the parents of some of the dead children sent formal letters of complaint to the GMC. Wisheart, Roylance and Dhasmana were all charged with serious professional misconduct.

The GMC panel found that Wisheart and Dhasmana had continued to operate on children despite poor success rates and without sufficient regard to the safety and best interests of their patients. It determined that Dr Roylance should have stopped the surgeons operating when colleagues made clear their concerns about the number of children who had died. Wisheart and Roylance were both struck off the medical register and Dhasmana banned from operating on children for three years.

Amidst the fallout of the Bristol scandal the notion of revalidation again became a topic of discussion at the GMC. The then GMC President Sir Donald Irvine later wrote: “I was now quite clear that a response to Bristol from the GMC and the profession would have to address head-on – and promptly – this issue of the ongoing competence of doctors. That meant re-certification.”

Over a series of meetings the plans were further developed and at a special conference in February 1999 the GMC decided to introduce revalidation for all doctors. A steering group was formed to devise plans for the implementation with two main objectives: the weeding out of poorly performing doctors so as to protect patients and the enhancement of performance in others. The target date for implementation was 2002. Six months earlier, though, another event transpired that would have a major impact on these plans: the arrest of a Manchester GP named Harold Shipman on the suspicion of murder.

Harold Shipman ran a single-handed GP practice in Hyde and in March 1998 a doctor at a neighbouring practice expressed her concern to the local coroner about the death rate among Shipman’s elderly patients. In particular it seemed unusual that Shipman happened to be present at many of these deaths.

Suspicions were further aroused over the death of a Kathleen Grundy at her home. Shipman was the last person to see the patient alive and signed her death certificate citing “old age” as the cause of death. It later transpired that in her will Mrs Grundy left £386,000 to Shipman, having excluded her own children. Police investigated and Grundy’s body was exhumed and found to contain traces of diamorphine. Shipman was arrested and police later determined that the disputed will had been written on Shipman’s own typewriter.

Fourteen other suspicious deaths were investigated and a pattern established of overdosing patients with morphine and signing death certificates before forging medical records to indicate the patients had been in poor health. Shipman was convicted of murder in the 15 cases in January 2000 but was suspected of 235 other murders making him possibly the most prolific serial killer in British history. Four years later he hung himself in a cell at Wakefield Prison.

In the wake of Harold Shipman’s trial and conviction the Government announced the launch of an independent inquiry into the case with the aim of deciding what "changes to current systems should be made in order to safeguard patients in the future". Dame Janet Smith was appointed to head the inquiry which over five years gathered around 2,500 witness statements and analysed approximately 270,000 pages of evidence resulting in six reports running to 5,000 pages.

Among the many areas considered in the inquiry was the GMC’s then current proposals for revalidation. In a section entitled ‘Whither Revalidation?’, Dame Janet concluded that the proposals did not satisfy the statutory definition of revalidation, which is an "evaluation of a medical practitioner’s fitness to practise". In particular she was concerned with the implication that a doctor would only fail to be revalidated if practising at a very low standard.

Dame Janet also expressed reservations about a five-year process based primarily on yearly employment appraisals designed for a very different purpose. In her view, revalidation should be based on the preparation of a folder of evidence demonstrating competence over the last five years and including data derived from clinical governance. She also favoured the inclusion of a certificate showing successful completion of a knowledge test.

One thing Dame Janet did not suggest was that catching another Shipman should be the “litmus test” of whether revalidation was worthwhile. She doubted even if revalidation would uncover such crimes. “Shipman knew what he was doing. He was quite capable of giving a good standard of care and very adept indeed at concealing the fact that he was killing his patients.”

In response to Dame Janet’s report, the Government undertook a broad review of medical regulation with a subsequent report and white paper addressing some of her concerns and this led to the passage of legislation in 2008 granting the powers to establish revalidation. Four years later proposals are still evolving even as the first doctors undergo the process.

No doubt few of the many lawyers, politicians, doctors and administrators involved in revalidation today would disagree that it is still very much a work in progress.

Jim Killgore is an associate editor of FYi 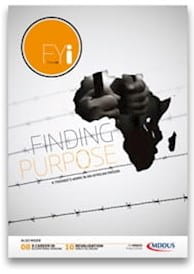