IN 1951 a working class ‘coloured’ woman named Henrietta Lacks attends the gynaecology clinic at Johns Hopkins Hospital in Baltimore complaining of a “knot on my womb”. A few days later a biopsy confirms that the 31-yearold mother of five has cervical carcinoma. In an operative procedure a few weeks later a surgeon removes a small tissue sample from the tumour. No one asks her permission as the attitude then is that tissue samples form a sort of payment in kind for free treatment offered in public wards.

Just by chance a researcher at Hopkins called Dr George Gey has been trying for over three decades to develop a technique for growing malignant cells outside the human body. He is convinced this will provide an invaluable tool in understanding and curing cancer. All his attempts so far have ended in failure with most cell cultures taken from ward specimens surviving only a few days at most. But Henrietta Lacks’ cells are different – they reproduce endlessly and are still doing so to this day.

The story of Henrietta Lacks and her “immortal” cell line is the subject of a fascinating book by writer and journalist Rebecca Skloot. It combines science, history, social criticism and medical ethics with a compelling personal story. Skloot recounts how Gey distributes HeLa cells to any scientist with an interest in cancer research – who in turn grow their own cells, spreading the line among laboratories across the globe.

Today countless trillions of HeLa cells are used to research everything from cancer and AIDS to gene mapping, and the effects of radiation and toxic substances, even micro-gravity in outer space. The cells played a fundamental role in the development of a polio vaccine by Jonas Salk and his team. Skloot estimates that over 60,000 scientific articles have been published on research done using HeLa cells with that number increasing by more than 300 papers each month.

Henrietta Lacks died in 1951 without the slightest inkling of the huge impact her cells would have on research. Much of the book is devoted to Henrietta’s story and that of her children and extended family living on the edge of poverty while their mother’s cells serve a billion dollar industry. It’s an oddly fantastical tale told with wit and sensitivity – a curious mix of science and story-telling. 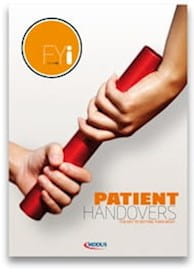