The perils of using social media

IT’S the global phenomenon that has hundreds of millions of people hooked on sharing intimate details of their lives. But how many of us who use social networking sites like Facebook, Bebo and Twitter stop to think about the pitfalls of posting personal opinions and photos for all to see? Views tend to be fairly harmless observations about music or news events – but some internet users decide to spell out in graphic detail exactly how they feel about their boss, workmates or, in the case of medical professionals, their patients.

But what some users might regard as private comments amongst friends can soon become a public embarrassment. Facebook alone has more than 200 million active users worldwide and the site gets over a billion hits a month.

Twitter has almost 6 million while doctors.net.uk claims to have more than 160,000 registered UK medics on its books, with more than 30,000 logging on every day. With so many people accessing social networks (they have 13.7 million UK users), it’s unlikely any ‘private’ comments posted online will stay that way for long.

Even if you ‘lock’ your web page to keep out the general public, controversial comments or images may still find their way into the public domain. There have already been many cases of accounts being ‘hacked’ or you may simply be reported by someone else using the site. Even deleted comments on sites like Twitter can still be visible for months, or longer, to people using search engines.

It might seem obvious advice to be careful about what you put on the internet, but that didn’t stop a group of dental nurses creating a Facebook group called 'I'm a dental nurse and I hate patients'. They caught the attention of the General Dental Council last May when they described themselves as "dental nurses who are sick of patients and their bad attitudes, their stupid comments, their bad personal hygiene and the way they assume it's OK to burp in your face."

This was seen by Pam Swain, chief executive of the British Association of Dental Nurses, who posted a warning on the site. She reminded the nurses of the GDC’s Standards for Dental Professionals that requires patients are treated with “respect and dignity” and that confidentiality is maintained. Dental nurse members were advised to leave the group before the GDC took action.

Similarly, the General Medical Council’s Good Medical Practice guide requires all registered doctors to treat patients with dignity and to respect their right to confidentiality. The two biggest mistakes young medics risk making on social networking sites are breaching patient confidentiality and bringing the profession into disrepute. Both could attract the attention of the GMC, who has the power to launch an investigation, suspend the medic involved and – in the most extreme cases – have them struck off.

A recent case saw a trainee doctor being suspended over alleged offensive remarks about a senior on the doctors.net.uk site last August. The case sparked furious debate on both sides and the GMC said it would investigate.

MDDUS head of professional services, Dr Jim Rodger, said young doctors must take care with internet postings.He said: “We are seeing a small but increasing number of cases of this type. So far they have not ended up at the GMC, but a doctor has previously been suspended.

“I would urge young doctors to be scrupulously careful because even if you don’t name names, you can still breach confidentiality.”

He cited a recent case of a doctor who described on Facebook how he treated a patient. But, because the circumstances were so unusual, it was possible to identify the patient involved.

He added: “What some young doctors see as harmless fun could seriously damage their careers."

• Stop – and think carefully before posting comments or photographs online. These can still be found online long after they have been deleted.

• Never post information that could identify a patient or breach confidentiality.

• Never post comments that could be deemed critical or offensive about patients or work colleagues.

• Avoid posting comments or photographs that could be seen to bring the profession into disrepute – images of drunken antics etc are best kept out of social networking sites. 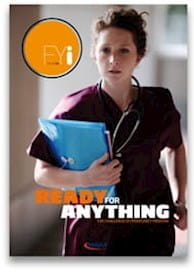