GILLIAN MCKEITH FIRST CAME TO the notice of Guardian columnist Ben Goldacre in a review of her Channel 4 series ‘You Are What You Eat’. In the article the ‘clinical nutritionist’ was quoted as recommending eating spinach and the darker leaves on plants because they contain more chlorophyll and thus are high in oxygen and will “really oxygenate your blood”.

Goldacre devotes an entire chapter to McKeith in Bad Science – a new book based on his column of the same name. He writes: “Is chlorophyll ‘high in oxygen’? No. It helps to make oxygen. In sunlight. And it’s pretty dark in your bowels: in fact, if there’s any light in there at all then something’s gone badly wrong.”

I have long been a fan of Goldacre’s witty and unsparing attacks on pseudo-science and this book in no way disappointed. For anyone unacquainted with his writing yet frustrated at how evidence is endlessly contorted, misapplied or utterly ignored to support everything from homeopathy to autism by the MMR, Bad Science reads like a treat.

A full-time doctor with the NHS, Goldacre offers a refresher on the basics of the scientific method and how evidence is applied in accessing the efficacy of treatments. He points to the success of later-day potions and snake-oil treatments as testament of a general ignorance of basic statistics and the nature of risk.

“Today, scientists and doctors find themselves outnumbered and outgunned by vast armies of individuals who feel entitled to pass judgement on matters of evidence without troubling themselves to obtain a basic understanding of the issues,” he writes in the book’s introduction.

“The hole in our culture is gaping: evidence-based medicine, the ultimate applied science, contains some of the cleverest ideas from the past two centuries, it has saved millions of lives, but there has never once been a single exhibit on the subject in London’s Science Museum.”

But this makes the book sound rather turgid and worthy. It’s not. Goldacre’s special talent is the sharpness of his wit and the way he uses “trivial absurdities” to frame his arguments on the urgent need for education to demystify science, to stop people viewing it as “a monolith, a mystery, and an authority, rather than a method”.

And the need has never been more keen than in medicine where high-profile errors seem to hit the headlines daily and undermine public confidence.

“Doctors can be awful, and mistakes can be murderous,” he acknowledges, “but the philosophy driving evidence-based medicine is not”. 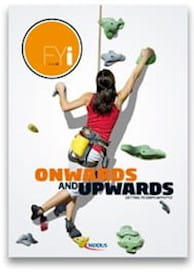