FLAME-RETARDANT flight suits, helmets, boots, ear defenders – it's a far cry from the hospital scrubs usually worn by doctors dealing with acute medical emergencies. Neither do many critical care consultants travel to work by helicopter. But for ICU consultant Dr Andrew Inglis and his colleagues in the Emergency Medical Retrieval Service (EMRS), tasked with the safe transfer of critical cases from remote parts of the west of Scotland to an appropriate medical facility, the clothing is standard-issue and the chopper a vital cog in the wheel of this 'flying doctor' lifeline.

"We look at it as taking the critical care out to patients," says Dr Inglis, who is based at Glasgow's Southern General Hospital. "Something like one in nine people in Scotland live more than an hour by road and/or ferry from a district general hospital with either a full accident and emergency department or a full intensive care unit. It is a significant proportion of the population that is denied the same access to those facilities the rest of us have."

The majority of patients in remote areas have long been adequately served by the paramedic staff of the Scottish Ambulance Service, with whom the EMRS team work in close collaboration. But Dr Inglis and his colleagues are concerned with beefing up the care provided to that 10% of transfers requiring skills over and above what can be offered by traditional air wing crew. This might include, for example, administering emergency anaesthesia and ventilation or installing a chest drain.

Patients who have already benefited from the service include an Islay woman with meningitis, who received life-saving catheterisation of an artery in her wrist and a large vein in her neck. She was then flown on a ventilator directly to a Glasgow hospital, where she made a full recovery.

"One of the problems we had before was that patients with a head injury might go to the local community hospital and then the district general and then to the Southern in Glasgow. Now we do what we call 'optimal triage', so the patient goes from the referring point to the hospital they should end up in," says Dr Inglis.

The service is the brainchild of a group of Glasgow-based consultants, Dr Inglis among them, most of whom have experience of similar systems elsewhere, most notably Australia. In Dr Inglis' case, this involved a stint as a specialist registrar in Adelaide in the late 1990s. "I went out to work in intensive care and when I arrived I discovered that if you worked in intensive care, you were part of the retrieval team. Within the first week I was out and flying into the Outback," he says.

"From Adelaide, we could be sent out to Alice Springs, which is four hours by jet, to bring someone back." Other colleagues had worked in New South Wales, while EMRS lead consultant, Dr Stephen Hearns, had experience from the London Helicopter Emergency Medical Service.

"Collectively, we had the experience and we could see that there was an unmet need in Scotland," says Dr Inglis. "So we knocked heads together in 2004 and came up with a voluntary rota that would nominate someone who would be available to go out and assist with these transfers."

That voluntary rota kicked off with a smaller geographical remit – Argyll and Bute – and was so successful that in June the Scottish Government awarded £1.5 million to fund an 18-month pilot for the west of Scotland. "Now the time is counted as part of our NHS job plans – it's a huge step forward," says Dr Inglis, who is currently on-call for the service one day in ten.

The funding is an enormous vote of confidence for the pioneering team, who are hopeful that one day the service will operate on a national level. From early data it is believed that, of 250,000 people in Scotland who live in remote and rural areas, around 300 people per year would benefit.

Of course, the consultants who provide the most advanced treatment are not alone in staffing the service. In addition to the duty retrieval consultant, a typical callout will involve the referring GP, a pilot from the Scottish Ambulance Service or, in adverse weather, the Royal Navy, a paramedic and a trainee. It is a coming together of skills rarely seen in other walks of medicine. "It's very much a team game with the air wing paramedics," says Dr Inglis. "We're working much more closely with the ambulance service than most hospital people usually do. We're also relying on the pilots and their skills, and we're relying on our rural colleagues communicating with us."

For the duty consultant, there are the additional stresses of operating what is, to all intents and purposes, a mobile intensive care unit. "It's not always the problems that you anticipate that you run up against. There can be transport problems and you can get left rather longer than you expected in rural areas. It is then that you become very familiar with what drugs you carry and do not carry! It's not simply a case of phoning round the corner to get additional supplies, because you're it."

Staffing the service has proved relatively straightforward so far, as there are, says Dr Inglis, a surprising number of consultants in Scotland who have experience of these systems from abroad. For the future, he says, "Our aim is also that the trainees who are participating would ultimately be in a position, when they become consultants, to be candidates for places on the service. The aim is to make it a sustainable service with a ready supply of consultants. It's a new challenge."

For those young doctors who want to help the EMRS meet this challenge, the way in, says Dr Inglis, is to get a background training in either emergency medicine or intensive care. The service would be looking for candidates with three or four years' postregistration experience, with at least six months of anaesthetics. "Something like 70% of our patients require emergency anaesthesia, so that's really the key skill. There's very little point in sending out junior trainees who are not comfortable with that," he says. "There's also an exam through the Royal College of Surgeons of Edinburgh in prehospital care and the additional qualification is very relevant to the service we provide."

Beyond the qualifications, he says, motivation is absolutely crucial, as is flexibility, since around a third of the calls run over shift boundaries. "Just because you're not on call the morning after doesn't mean you will not still be out the morning after," he says, knowing only too well that emergencies don't run to a schedule.

And, of course, since taking to the skies is central to the role, a love of flying wouldn't go amiss either.

Adam Campbell is a freelance editor living in Edinburgh 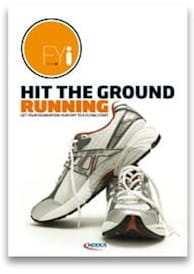