With her innovative ‘Pick it, Lick it, Stick it’ campaign, Dr Serpil Djemal is trying to change the way we deal with dental trauma 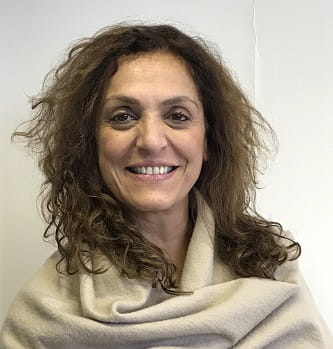 ACCIDENTALLY knocking out your front teeth is both physically and emotionally traumatic, and one woman who knows this all too well is restorative dentist Dr Serpil Djemal.

Based for the last 10 years at the centre of excellence for restorative dentistry at London’s King’s College Hospital, the consultant dentist and her team have rebuilt the smiles of more than 2,000 patients by saving their teeth instead of extracting them.

Like these patients’ smiles, restorative dentistry in the UK has undergone a transformation too, and a lot of that is down to Dr Djemal.

When she arrived at King’s, she was frustrated to see that patients with severe mouth and teeth injuries did not know where to find the best treatment. They would often attend two or three different clinics before finally finding the adult dental trauma unit at King’s, the first of its kind in the UK. In many cases, patients arrived too late to save teeth that could have been preserved with prompt treatment.

“Dental trauma isn’t a regular occurrence,” says Dr Djemal. “Although we see dental trauma every day at King’s, general dentists don’t see it very often, so a lot of them don’t know how to manage it or do not feel confident managing it. They don’t have the opportunity to become skilled and efficient in treating these patients because they are not doing it on a daily basis.

“It became very apparent that the knowledge and skills weren’t out there.” Even at King’s, she says, the emphasis 10 years ago wasn’t on saving teeth but getting patients out of pain, often removing pulps and even teeth before sending them to their own dentist to manage. Under Serpil’s leadership, the focus there has changed significantly, meaning more teeth are being saved.

“These patients are not only traumatised by the physical effect of knocking out, displacing or breaking their teeth, they are also emotionally disturbed by what has happened,” she says. “I could see a great need to improve how dental trauma was managed to help patients save their teeth.”

After taking charge of the adult dental trauma service at King’s, she set out to change not only the way patients are treated there, but at dental practices across the UK.

In 2014 she launched Dental Trauma UK, a charity that aims to educate dental teams on all potential traumatic dental injuries, as well as raise awareness among the general public about what to do if they are unfortunate enough to knock out a tooth.

There are 15 dental traumas that dentists could be faced with in their practice. One of the most urgent is avulsion (when a tooth is completed displaced from its socket), which could be caused by an accidental trip or fall, sporting and biking injuries, or assault.

Many people may not realise that the best way to save a tooth in these circumstances is simply to “pick it, lick it, stick it”. This catchy slogan is a key message of Dental Trauma UK, whose website includes an animated information video around the slogan.

Serpil explains: “Pick the tooth up, make sure it’s clean and put it back in the socket where it has just come from – ideally within five minutes – then go see a dentist immediately. Otherwise, putting the tooth in milk can keep live cells on the surface of the root alive for up to six hours, a simple action which can improve the chances of saving the tooth long-term. The only caveat is that baby teeth should never be re-implanted. Generally this applies to children under six.”

If more people were aware of this, Serpil says, more teeth would be saved.

At King’s, she has seen everything from all four upper teeth (including the bone) being knocked out, to a tooth pushed right up into the gum until it was no longer visible (this needed disimpacting and repositioning). In each case, the patients’ smiles were restored.

Another memorable case was London paediatrician Dr Geraint Lee who broke his top five teeth in a horrific biking accident in the Pyrenees. The consultant neonatologist came off his road bike and his face took the force of the impact. He was subsequently quoted in news articles urging cyclists to wear mouthguards.

Serpil, who treated the doctor, says: “He clipped the back of his brother’s bike on holiday and totally displaced his upper teeth. He came to King’s and we picked up the pieces and got him rehabilitated. Emotionally, he was very upset about his trauma – even professional healthcare providers themselves are susceptible to the emotional aspect of dental trauma.

“Today he has his own teeth in his mouth and can smile again.”

At King’s, the techniques and solutions to save patients’ teeth are wide and varied, but are all performed under local anaesthesia. They include: building teeth up; repositioning and temporarily splinting teeth; carrying out root treatment; or, when teeth cannot be saved, fitting bridges or, in some cases, implants.

Rebuilding people’s smiles is something Serpil finds hugely rewarding. “I feel very satisfied when I treat patients – I don’t always know what to do immediately and it is not always straightforward, but in a systematic way, we put patients’ teeth back together.”

So passionate is Serpil about her team’s work that she took part in the 2015 BBC documentary, The Truth about Teeth, and was interviewed live on the BBC Breakfast couch.

She is encouraged by the increasing numbers of dentists who send her patient X-rays seeking advice on how to proceed, but there is still some way to go. She says: “I will never be satisfied until every dentist is confident to manage traumatic dental injuries. The charity has 280 members but I’d like to spread the word much wider.”

Now, thanks to the work at King’s and campaigning by Dental Trauma UK, there are adult dental trauma services at Manchester and Glasgow. Serpil is also pushing for better remuneration for dentists to deal with dental trauma cases. Prevention of sports trauma is also important and the charity has launched a ‘no mouthguard, no play’ campaign.

Away from the dental surgery, you won’t find Serpil risking her smile in extreme sports, although she is currently nursing a netballinduced dislocated finger. Fortunately this won’t hold her back and, in addition to delivering lectures nationally and internationally, she is already planning her charity’s next annual conference at the British Library in London on May 4, 2019.