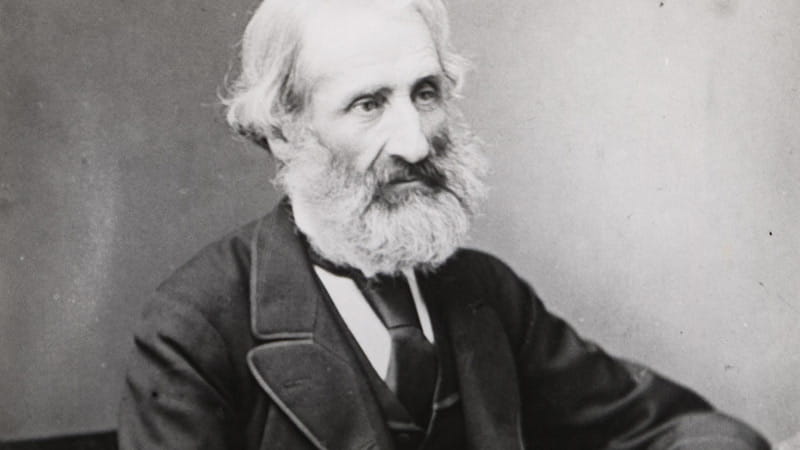 IMAGINE for a moment the world of dentistry without regulation and professional standards. Imagine a trade requiring no academic training or qualifications, a service offered by charlatans and often practised in back streets.

Actually, there is no need to imagine; you only have to glance back through history and look at how dentistry was practised in early Victorian Britain. There were some physicians who performed dentistry, as well as a few semi-qualified individuals, but many of the practitioners would have been uneducated, often largely unskilled, barbers, blacksmiths and mountebanks.

When and why did this state of affairs change? Beginnings are often difficult to define, but there is little dispute that we owe the creation of modern dentistry as a profession to one man born 200 years ago this year: Sir John Tomes.

A research interest in teeth

Tomes was born in Gloucestershire three months before the Battle of Waterloo in 1815 and began his training as a doctor when, at the age of 16, he was apprenticed to an apothecary and subsequently became a pupil at King’s College and the Middlesex Hospitals. As a medical student, his main interest became the structure and function of teeth, and at the age of only 23 he presented his initial research findings to the Royal Society. Just eight years later he would be invited to become a Fellow of this august body.

After he had decided to focus on dentistry rather than medicine, he established his practice in London and was appointed surgeon-dentist to King’s College Hospital. At the time, like everyone else, he needed no specific qualification or evidence of training to set himself up as a dentist.

His research continued and his work on dental anatomy has left us with three eponymous structures: the Tomes’ processes of the enamel forming ameloblast, Tomes’ granular layer (a narrow layer of dentine adjacent to the cementum) and Tomes’ fibrils (processes of odonotoblasts lying within dentine tubules).

His scientific reputation and his ongoing association with the Royal Society and its fellows meant he was well placed to help modernise the practice of dentistry – the necessity of which was in no doubt. In addition, his skill and reputation meant that his patients were often from the top tiers of society, which further afforded him considerable influence in his endeavours.

Birth of a profession

Tomes was a founding member of the Odontological Society of London, established in 1856. This was a forum for the exchange of scientific ideas and the sharing of best practice. It would also become a lobbying force seeking the recognition and protection of dentistry as a profession, and Tomes would serve as the President in 1862 and 1875.

Its members were aware that dentistry could only come of age when the public had confidence in it as a profession. They also knew that a profession requires a recognised training programme, a set of standards against which the competence of its members may be judged and a governance body to uphold and enforce these standards.

Tomes and his like-minded colleagues began by defining the training necessary to become a dental surgeon. This involved two important developments. First, there was a need for a dental hospital with a prescribed course of training where students could attend lectures and receive tuition while treating patients. Thus, the Dental Hospital of London in Soho Square was established in 1858, and one year later the London School of Dental Surgery was opened on the same site. The hospital later moved in 1874 to a larger site in Leicester Square to become The Royal Dental Hospital of London where it would receive patients for the next 111 years.

Tomes was the first clinical demonstrator in the new hospital, which proved to be very popular with the public – its annual reports record that over 2,000 patients attended in 1859 and more than 22,000 operations were being carried out annually by 1872. Perhaps one of the main reasons for this popularity was that conservative treatments were being offered at a time when extraction was often the only therapeutic option available.

A contemporary account of the work and training in the hospital was published in the British Journal of Dental Science in 1865:

“watch in turn the nine or ten chairs, attended to by careful earnest students, working to the benefit of the poor patients with as much zeal and care as if they were to receive a five guinea fee for each stopping, never attempting more than they feel themselves competent to accomplish, and at any moment of the day, so that at no time is the poor patient the victim of inexperience or experiment”.

But, while this was regarded as an important foundation to dental training, it was in itself considered insufficient. Dentistry was a branch of surgery and Tomes and the Odontological Society sought to have this recognised. After two previous unsuccessful attempts, they finally succeeded in obtaining a Royal Charter that allowed the Royal College of Surgeons of England to award a Licentiate in Dental Surgery (LDS) in 1858.

Tomes had been lecturing on dentistry since 1845 at the Middlesex Hospital and now he drafted the curriculum for students taking the new LDS examination and became an examiner for the first sittings in 1860.

This was a strategic triumph. By aligning themselves with the long-established and powerful Royal College of Surgeons, dentists had instantly raised the status of their profession and simultaneously provided their patients with greater confidence in their abilities.

Thus, by the 1860s, dentists had a professional framework of training and accreditation, but it still lacked a governance body. This was next on Tomes’ agenda.

An end to backstreet dentistry

In the 1870s, Tomes and his colleagues formed the Dental Reform Committee, which lobbied parliament and called for protective legislation. After much discussion and a series of compromises to satisfy the concerns of both physicians and pharmacists, who both felt they had a role to play in the provision of dental services, the Dentists Act became law in 1878. This was the first legislation to control and restrict the practice of dentistry to qualified dentists. As part of this new law, a Dentists’ Register was established the following year and only those listed on the register could use the protected titles ‘surgeon dentist’ or ‘dental surgeon’. John Tomes’ name was the first to be listed on the new register as a mark of recognition for all his work in pushing forward the agenda of professionalisation.

The Dental Reform Committee was also aware that a professional body was needed to police and enforce the new legislation, so in 1879 they called for a nationwide meeting to establish the British Dental Association. Formally established the following year, the BDA duly elected John Tomes as its first president and he was knighted in 1886 “for eminent services rendered to his profession”. During its early years, the BDA devoted much of its time and efforts to prosecuting those practising dentistry in breach of the Dentists Act.

The crafting of a new profession, which involved a journey from backstreet jobbing dentistry to a respected surgical specialty, had taken less than three decades and had been in large part the project of one man – Sir John Tomes. The professionalisation of dentistry that he led has left a remarkable legacy. The current President of the British Dental Association, Professor Nairn Wilson, has said: “… in the 120 years since [Tomes’] death Britain’s oral health has been transformed. And that’s thanks to the skill and dedication of the dentists who have followed in his footsteps.”